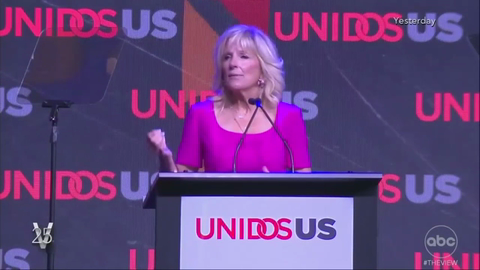 A proud declaration of “today is Taco Tuesday!” sums up how the ladies of ABC’s The View stepped in to defend and massage the situation First Lady Jill Biden caused on Monday after she made racist comments suggesting everyone in the Latino community are as “unique” as “tacos.” Together they laughed and suggested “we all step in poo” and it was nothing egregious because “we understood what you were trying to do.” The liberal media used to dismiss concerns about President Biden’s fitness for office as just bad-faith attacks from people on the right. But with a sober article from New York Times chief White House correspondent Peter Baker Saturday night, it turns out that people inside the administration are also concerned and it’s affecting how the President does the job. But despite this admission, the broadcast networks (ABC, CBS, and NBC) have ignored the paper of record, while the cables (CNN and MSNBC) have each noted it once. 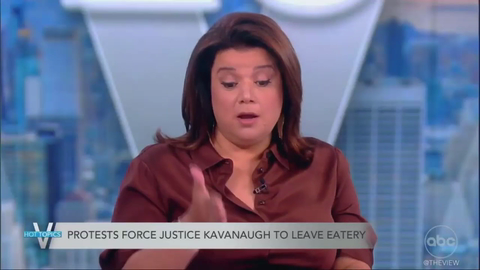 The View: 'Ridiculous' for Kavanaugh to Fear Liberal Mob Hunting Him
Nicholas Fondacaro

Last week, conservative Justice Brett Kavanaugh and his family were forced to flee a D.C. restaurant out the back door after an angry liberal mob gathered outside the front entrance. Of course, this came after a liberal extremist attempted to assassinate the Justice at his home. But the wicked coven of ABC’s The View returned from their vacation on Monday and decried the protectionary absconding as pure “hypocrisy” and “ridiculous.” Despite 'No Evidence,' MSNBC Pushes Trump Ordered Audits While Out of Office
Nicholas Fondacaro 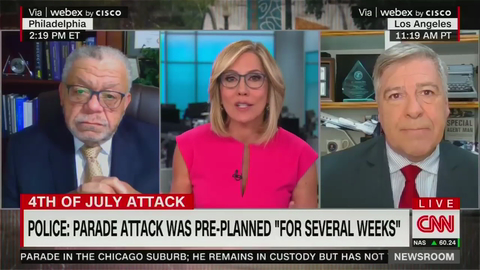 In the wake of the mass shooting in Highland Park, Illinois over the Fourth of July weekend, on Tuesday, CNN Newsroom co-host Alisyn Camerota proposed Orwellian laws designed to monitor and profile gun owners and bar them from exercising their Second Amendment rights. Yet surprisingly, she got some push back from a left-leaning former police commissioner and got schooled on how gun offenders were being released in some American cities under the guise of criminal justice reform. 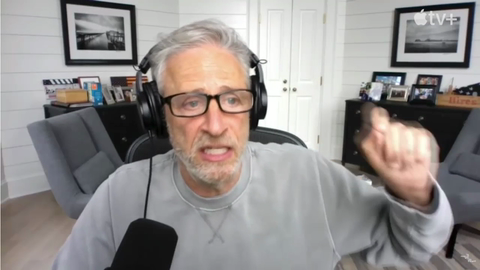 Jon Stewart: Your Organs Can Be Forcefully Harvested With Dobbs Ruling
Nicholas Fondacaro

The hysteria that has been boiling over since the U.S. Supreme Court overturned Roe v. Wade was joined by comedian Jon Stewart last Thursday, on his The Problem podcast. And as you can see from the headline, things reached a fever pitch. According to this amateur legal scholar and bioethicist, the ruling meant that the government would be allowed to forcefully have your organs harvested if it meant it could save a life. He also repeatedly suggested the Court was “corrupt” and “the Fox News of justice.” 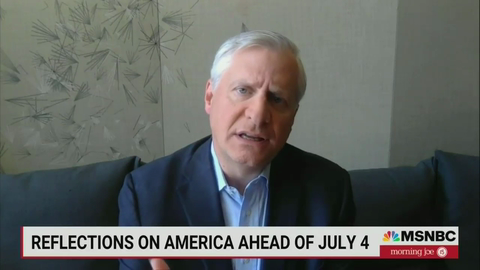 Going into the Fourth of July weekend on Friday, MSNBC host Joe Scarborough ended the 8 O’clock hour with an interview with presidential historian Jon Meacham where the duo went on to pompously and hypocritically wax poetic about the state of the country and how we should reflect on the situation we’re in regarding the January 6 hearings. And according to these two, we’re facing down the same dark forces that got humanity expelled from the Garden of Eden. 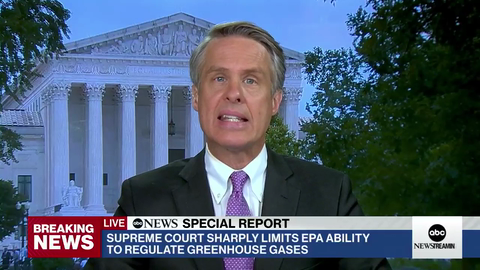 In their final release of rulings for the session Thursday, the Supreme Court scored a massive blow to the unbridled, bureaucratic regulatory state. Once more, the Conservative Justices came together and ruled the infamous Environmental Protection Agency could not exercise unlimited executive authority and Congress needed to pass legislation allowing them to act. This caused outrage at ABC News Live where senior national correspondent Terry Moran whined that Congress was now expected to do their jobs. 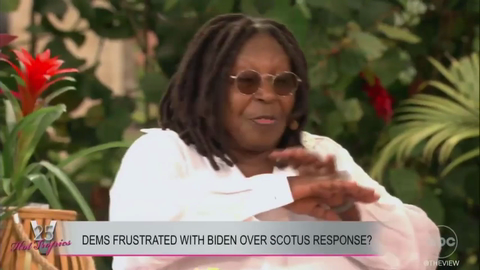 When you don’t get your way, changing the rules is the hallmark of the sore loser. And that’s exactly what Whoopi Goldberg was demanding during ABC’s The View on Thursday. With the recent U.S. Supreme Court rulings favoring conservatives hanging over them like the storm clouds over their set in the Bahamas, Goldberg pleaded for President Joe Biden to pack the Court with liberals in order to bring the highest court in the land back into “balance.” Not So Sunny Hostin: 'You Cannot Be Pro-Life and Also Be…Pro-Guns!'
Nicholas Fondacaro

Still broadcasting from the Bahamas on Wednesday, the cast of ABC’s The View celebrated President Joe Biden signing the bipartisan “gun reform” legislation into law. But while the rest of the coven was in good spirits, co-host Sunny Hostin was “the curmudgeon on the panel” and lamented that no other gun control schemes were likely to pass. She then lashed out suggesting that one can’t be pro-life and pro-gun.