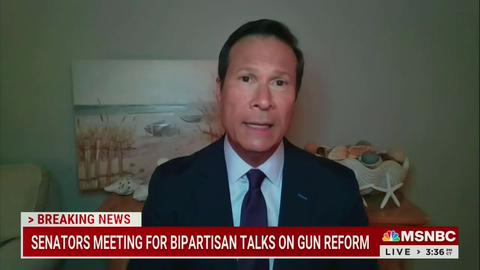 The liberal media don’t even know what gun laws are on the books, yet they’re trying to dictate the laws that would see many firearms stolen from average Americans. Such was the case on Tuesday’s edition of the always-off-the-rails Deadline: White House on MSNBC. Between former FBI official Frank Figliuzzi and former conservative radio host turned Bulwark sellout, Charlie Sykes, they would have you believe anyone can purchase a fully “automatic” firearm anywhere and that background checks don’t exist. 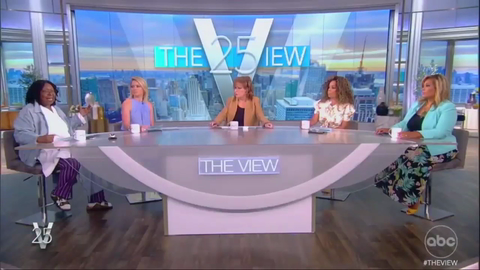 'This AR-15's Got to Go!' Whoopi Is Coming for Your AR, 'I Want It!'
Nicholas Fondacaro

They’re coming for your guns. That’s a matter of fact at this point. And that intention was again announced on ABC’s The View on Monday, as co-host Whoopi Goldberg declared that AR-15s have “got to go” and that “I don’t want all your guns. I want that AR-15. I want it.” And despite the evidence to the contrary, co-host Sara Haines tried to gaslight viewers by claiming the slippery slope of gun-grabbing doesn’t exist. In the anti-gun hurricane that has been the liberal media’s response to the tragic Texas school shooting all week, including calls for sweeping bans on everything from rifles to handguns to shotguns, the eye of that storm seemed to pass over CNN’s The Lead on Thursday as anchor Jake Tapper brought on the founder of The Reload (the home for “sober, serious firearms journalism”) former MRCTV writer, MRC Bulldog Award winner Stephen Gutowski to take a sober look at what policies proposed by Democrats and Republicans could have chance to be enacted. 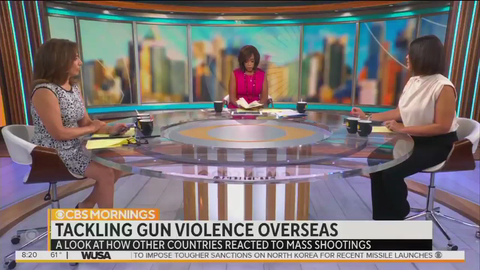 'What Is Wrong With' Us? CBS Pushes Sweeping Bans on All Handguns, Rifles
Nicholas Fondacaro

Whenever someone claims “no one is talking about taking your guns,” point them to this CBS Mornings segment from Thursday. Leaning on Holly Williams from across the pond in London, the network pushed for the British and Australian-style of sweeping gun bans and confiscations. And not only were they eager to do away with AR-style weapons but also “all semi-automatic rifles and shotguns” and “private ownership of all handguns.” 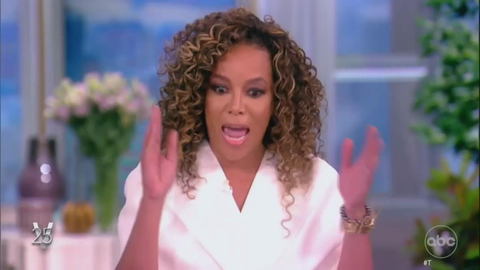 The crazy train known as ABC’s The View was coming off the tracks Thursday as the cast took wild and unhinged swings at Republicans, blaming them in various ways for the school shooting in Uvalde, Taxes. Co-host Joy Behar described it as a serious problem that Republicans were listening to and were beholden to their constituents. Meanwhile, co-host Sara Haines was upset with Texas Governor Greg Abbott (R), who uses a wheelchair, for sitting while at a press conference. 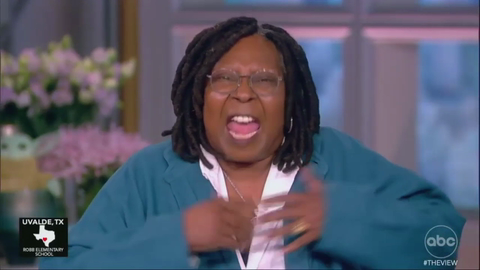 'Get Ready to Give Them Up!' The View Is Coming for Your Guns
Nicholas Fondacaro

The Wednesday after the tragic school shooting in Uvalde, Texas, the cast of ABC’s The View was in a fighting mood. Co-host and Holocaust downplayer Whoopi Goldberg was on the warpath against Republicans. She threatened to physically attack them, wanted to deputize people to go after them and to law-abiding gun owners to “get ready” because “they're going to come” for your guns. 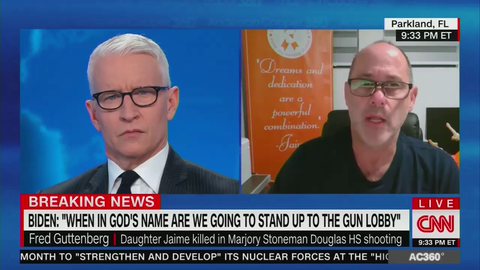 As their coverage of the tragic shooting in a Uvalde, Texas elementary school progressed into the night Tuesday, things on CNN got downright ghoulish and disgusting as paid analysts and guests were allowed to take things to dark and terrible places. Between former Homeland Security official Juliette Kayyem showing a bizarre satisfaction in talking about the “destroyed” “little bodies” of the 18 students killed in the attack and radical anti-gun Parkland parent Fred Guttenberg calling Republicans “evil,” the network was in a downward spiral. 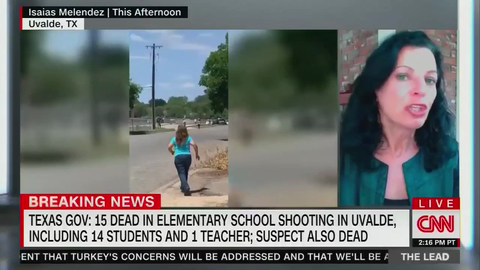 In the wake of the shooting at an elementary school in Uvalde, Texas on Tuesday, former Homeland Security official turned CNN analyst Juliette Kayyem appeared on Jake Tapper’s The Lead and demanded that President Biden suspend immigration enforcement in the area of the town. She would go on to scoff at Texas Attorney General Ken Paxton’s desire to have armed protection in schools and suggest he meant to arm the kids. 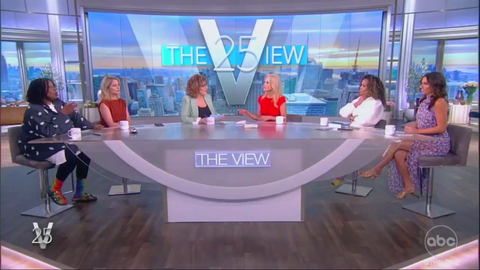 During a contentious appearance on ABC’s The View on Tuesday, former Trump advisor Kellyanne Conway frazzled the cast in the way only she can. There to promote her new book, Here’s the Deal, Conway confronted the liberals with President Biden’s failures and blasted the liberal media for targeting her family. She also called out sell-out conservative Alyssa Farah Griffin for abandoning conservative principles for her own selfish interests. 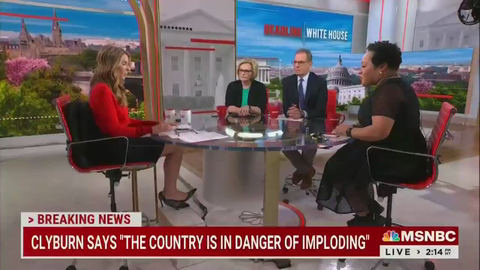 Despite the doomsayers who claim Georgia’s Republicans are suppressing black voters, the record turnout has effectively blown the myth to pieces. But MSNBC crackpot Nicolle Wallace and lying PBS reporter Yamiche Alcindor teamed up during Monday’s Deadline: White House to put words in the mouths of Georgia Republicans and falsely assert they think that black Americans are too dumb to know how to vote or understand “the weight of American democracy.”