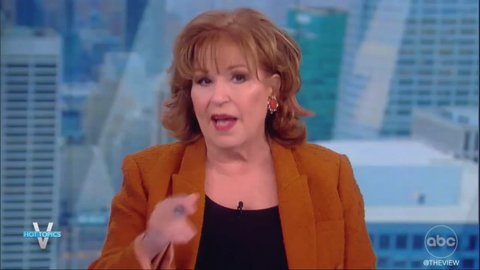 The vile coven of ABC’s The View were largely unwavering in their hatred and rhetoric towards the conservative members of the Supreme Court on Thursday, after one of their liberal ilk tried to assassinate Justice Brett Kavanaugh the previous morning. Amid paying lip service to the idea of being “more careful” to what’s being said, they asserted it was happening on “both sides” and decried that Republicans wanted to increase the security detail for justices, suggesting they should send “thoughts and prayers” instead. 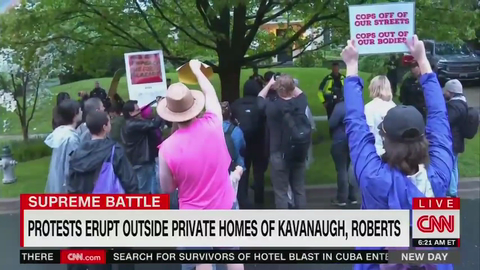 For over a month, the liberal media have been cheering on the liberal extremists who doxed the home addresses of all the conservative Supreme Court justices and marched on their homes in an effort to intimidate them, after a leaked draft decision to overturn Roe v. Wade went public. This shared animus and calls to action have culminated into an attempted assassination of Justice Brett Kavanaugh Wednesday morning. So it’s worth a look back at some of those who were fine with tossing away civility. 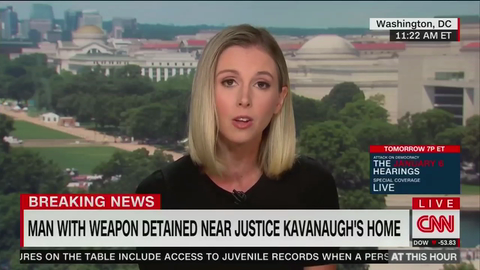 After taking over an hour to get to the major breaking story of the day Wednesday – the attempted assassination of Supreme Court Justice Brett Kavanaugh at his home earlier that morning – CNN’s At This Hour tried to downplay the incident by suggesting the man wasn’t armed “at all” and tried to claim there were threats from “both sides” of the political spectrum. 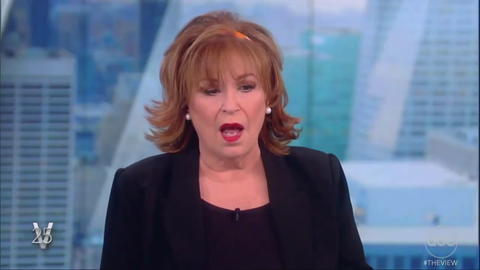 Rarely is the liberal media honest about the intentions of Democrats, but Joy Behar said the quiet part out loud on Tuesday’s edition of ABC’s The View. When discussing the upcoming hearings of the Democratic January 6 Committee, she openly boasted that the Democrats hired former ABC president James Goldston to help organize their presentation and turn it into a “theatrical event” in order to keep the public glued to their TVs. 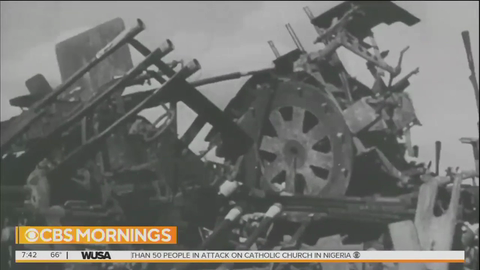 On Monday’s CBS Mornings, the network continued their series globetrotting for gun control laws. This time they left Europe and jetted over to Japan where senior foreign correspondent (and friend to the Iranian regime) Elizabeth Palmer touted their oppressive system where a citizen could wait a year or longer to get a gun license as authorities prod their lives and a gun shop owners need to get permission to buy ammo. Do you dread going to fill up your vehicle? Does your heart sink when you check out at the grocery store? Well, according to CNN’s propaganda on Friday’s editions of At This Hour and Inside Politics, the problem was you just don’t understand that the economy is just “too good” right now. And as a result, President Biden’s poll numbers are in the toilet. 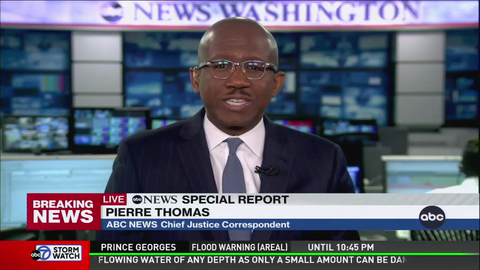 In an address from the White House Thursday evening, President Biden again called for a ban on so-called “assault weapons.” In his remarks, Biden wrongly blamed the expiration of the 1994 law for a rise in so-called “mass shootings” (a term perverted by the Gun Violence Archive). And in their analysis following the speech, ABC World News Tonight anchor David Muir and chief justice correspondent Pierre Thomas backed him up with a false “fact-check,” calling the comments “not in debate.” During a time of great political division, hatred, and politically motivated violence coming from the left in America, the cast of ABC’s The View has no issue turning up the rhetoric to possibly dangerous levels. And during Thursday’s edition of the show, co-host Sunny Hostin ominously demanded “get rid of Republicans” because they’re “the party of massacres.” 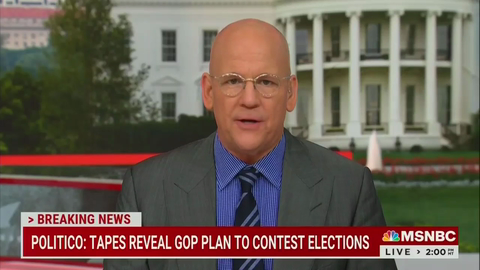 In a pearl-clutching report out Wednesday, Politico’s Heidi Przybyla treated normal Election Day operations such as poll watchers and mobilizing election lawyers as an assault on democracy. But the reason this was suddenly a problem was that Republicans were stepping up their game. But MSNBC’s Deadline: White House (a home for the barely lucid to hyperventilate about Republicans) kicked off the show with the report and treated it as a serious story. We’ve reached that point in the anti-gun-rights hysteria where the liberal media are just making up and pumping out blatantly false and easily disprovable claims about guns and gun laws in America. On Wednesday’s edition of The View, co-host Whoopi Goldberg continued her anti-AR-15 crusade by claiming that it’s “easier” for someone to get an AR than “a glass of beer at a bar.” Co-host Sunny Hostin also chimed in to claim parents against Critical Race Theory don’t care if their kids are shot.