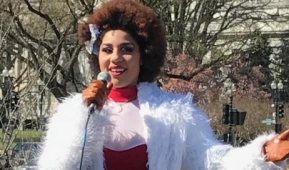 On Saturday, Trump supporters rallied across the nation to show their continued support for President Trump. One such event was held in Washington, D.C., in the shadow of the Washington Monument. While the events got some coverage on their own, here are a few things about the march you won't find reported on your evening news -- some of which may really surprise you.

1. The march was bigger than the media reported.

The media reported that the event only drew "nearly a hundred people," but March4Trump organizers put the number closer to 1,000, while a local student newspaper claims 400.  Watch our original video from the ground and decide for yourself. 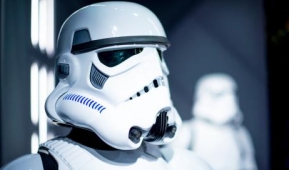 This alumni weekend-esque get-together celebrates a multitude of graduating classes, and is famous for its thousands of kegs and open debauchery. Graduates plan their own parties for the event, and every year there is a multitude of themes.

This year, graduates from Princeton’s 2012 class decided on a “Star Wars”-themed party.

In a stunning display of both absolute insanity and ignorance, a rules committee organzing the five-year class reunion party has allegedly banned the iconic Stormtrooper costumes from the event. Why? According to a statement, because Stormtroopers are Nazi-inspired and might trigger someone.

Here's the flyer reportedly emailed out to Princeton alumni;

“A few of our classmates reached out expressing concerns over our choice to use Stormtroopers as our costume inspiration,” an email obtained by Heatstreet said. “We have been informed of the origin of this word and its connections to early- to mid-20th century Germany. This is something neither we nor anyone on your Reunion Committee were aware of, but something we take very seriously. Tonight we made the unanimous decision to remove these costumes.” 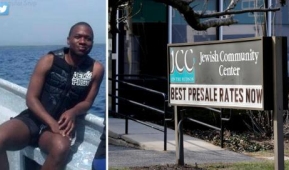 Thompson, 31, is accused of making at least eight threats against Jewish Community Centers and schools across the United States, part of a wave of threats that have cropped up over the past several months.

Documents released by federal authorities reveal Thompson's Twitter handle to be @JuanMThompson. An overview of his account reveals him to be both a Bernie Sanders voter, as well as a left-wing journalist. Thompson was actually fired by The Intercept after fabricating fake news stories in which he'd made up quotes and misled colleagues. 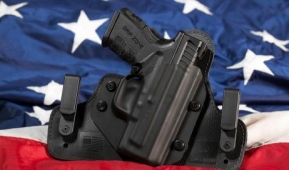 In the state of New Hampshire, gun owners can now legally carry a concealed, loaded pistol or revolver without a license.

Last Wednesday, Republican Gov. Chris Sununu signed S.B. 12 into law, which "Allows a person to carry a loaded, concealed pistol or revolver without a license unless such person is otherwise prohibited by New Hampshire statute.”

Sununu is a stalwart defender of gun rights, and believes that “SB 12 ensures New Hampshire citizens are guaranteed the fundamental right to carry a firearm in defense of themselves and their families, as prescribed by Article 2a of our state constitution,” according to a statement. His Democratic predecessor had vetoed the bill.

This was the first legislation Sununu has signed since taking office. According to the NRA, this makes New Hampshire the 12th state that doesn’t generally require a license or permit to carry a concealed firearm.

"This is about making sure that our laws on our books are keeping people safe while remaining true to that ‘live free or die’ spirit that makes New Hampshire the great state that it is," Sununu said.

“Live free or die” is the state motto of New Hampshire. 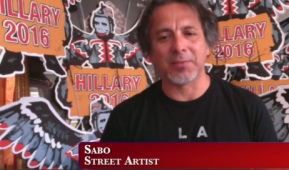 "All those a******* make are unwatchable movies from unreadable books."

Late Thursday night, Conservative street artist Sabo placed a multitude of large posters, some bearing this quote from Quentin Tarantino's True Romance throughout Hollywood, Brentwood, and Westwood. Sabo is famous for his work that attacks left-wing politics, and was an active Ted Cruz supporter during the 2016 election.

According to The Hollywood Reporter, Sabo plastered posters all over the swanky celeb-filled neighborhoods of L.A., and even created fake Redbox replicas adorned with faux-advertisements such as "Yeah! We wouldn't have paid full price to watch any Oscar nominated movie either!" Sabo believes the Redbox piece to be his "representation of the discounting of Hollywood." Sabo also says he's unimpressed with modern movie-making, and is enraged by the outspoken liberal bias found in Hollywood.

"I'm pissed off at Hollywood and it's outspoken liberal actors enough to not want to spend what a theater asks, and that is my way of keeping as much of my money from going into Hollywood's pockets," Sabo said. 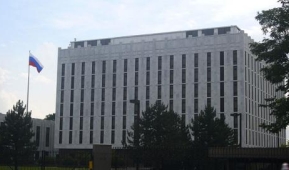 This fact only came to light in the wake of retired Lt. Gen. Michael Flynn's resignation as National Security Advisor.

Foreign Minister Lavrov told the Russian press that, "in connection with the scandal that was built up around Trump’s adviser, General Flynn, US intelligence services told journalists absolutely officially, though anonymously – that our ambassador’s [Sergey Kislyak] communications are routinely tapped.”

One cannot fail to see the hypocrisy here: Democrats rant and rave over Russia meddling in American affairs, and yet the Obama administration was literally meddling in Russian government communications.

It is also clear the danger of intelligence leaks to the public, especially in the Flynn case, where classified information was leaked from within the Trump administration.

Now, the Russians are acutely aware of just how much survelliance they are really under, which one could argue is a complete collapse of secrecy and the antithesis of espionage.

In an interview with "The Daily Caller," Gen. Flynn made his own opinion on the leak clear: 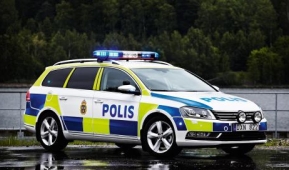 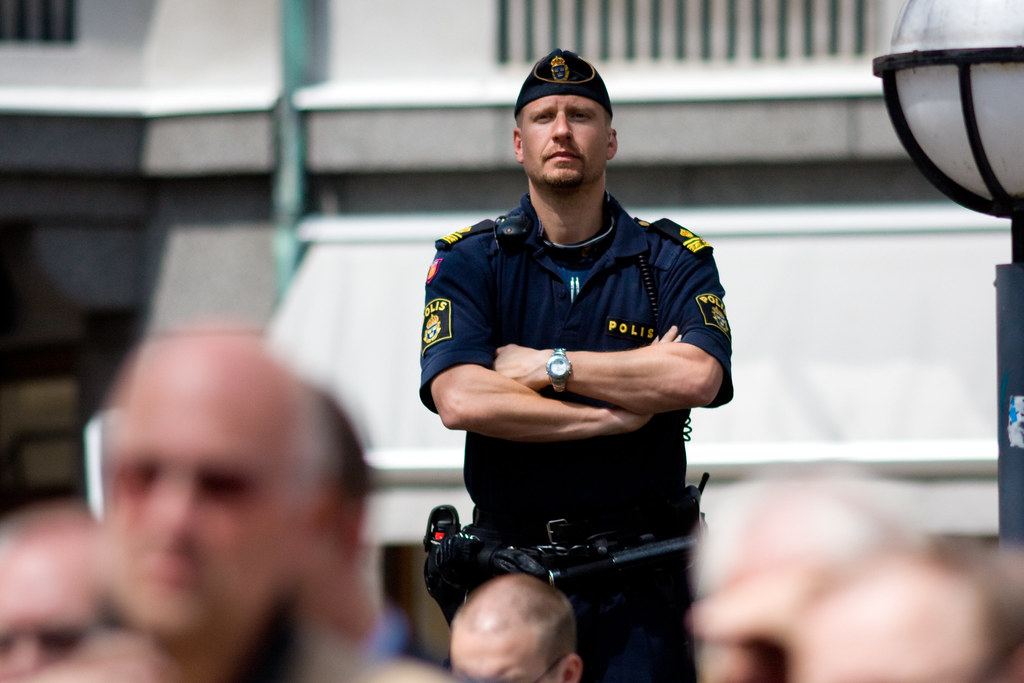 Two Swedish police officers stepped forward in February discussing the scope of migrant crime in Sweden and attempts by the Swedish government and media to cover the crime wave up.

In a Facebook post, Springare, an investigator for the Örebro police, wrote, "I’m so f***** tired. What I’m writing here isn’t politically correct. But I don’t care."

Springare continued, detaling the horrors of this increase in crime as well as the reality of migrant perpatrators. 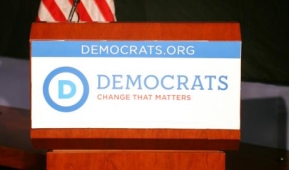 In the show, a fictional version of the FBI director is blackmailed into confessing a crime that he did not commit. The resolution facetiously declares to "defend James Comey," though it is an obvious smear.

The text of the resolution states "Director Comey demonstrated in the recent 2016 election that he did not need to be blackmailed to engage in illegal partisan actions." It goes on to state that Comey's "partisan and illegal letters" resulted in the election of Donald Trump, who is childishly named as "not my president."

The Democratic National Committee will vote next week on a resolution to condemn the ABC show "Designated Survivor." pic.twitter.com/I1f5dfr19G

While the resolution is obviously a joke, it is a blatant waste of Democrats' time. One hardly sees the point of this stunt, unless the author legitimately believed he was being clever.

But then again, has the DNC ever been anything other than a waste of time? 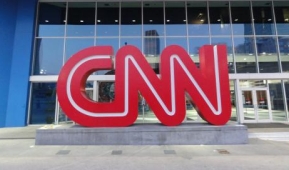 In 2015, CNN reported that St. Mary’s Medical Center in West Palm Beach had an infant mortality rate for open-heart surgery that was three times the national average. Davide Carbone, the CEO of the hospital, was even visited by reporters for CNN's “Anderson Cooper 360 Degrees” at his home for comment. He refused to talk to them, and was later forced to resign.

While this sounds like a case of effective, hard-hitting reporting, it is more likely a case of media malice and "fake news."

Carbone filed a defamation lawsuit against CNN after the CNN segment, claiming it was a "series of false and defamatory news reports." CNN said that the mortality rate of Carbone's hospital was three times the national average, but Carbone argues this was intentional manipulation of the data. 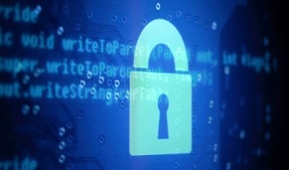 Three Muslim brothers who ran the office information technology for members of the House Permanent Select Committee on Intelligence and the House Committee on Foreign Affairs were just fired on suspicion that they had violated a multitude of laws and regulations. Brothers Abid, Imran, and Jamal Awan were blocked from computer networks at the House of Representatives on Feb. 2.

The three men are suspected of a multitude of crimes, the most serious being accessing House members’ computer networks without their knowledge and stealing equipment from Congress. Both committees deal with a plethora of sensitive information, including documents pertaining to the War on Terror.

Think this should be news? At least one expert agrees with you.

Frank Gaffney, Jr, president of the anti-jihadi Center for Security Policy, completely annihilated the media for their absolute lack of coverage regarding this blatant breach of security. On Wednesday, he opined in a blog post that due to both the Muslim background of the IT staff and Democratic background of the affected congressmen, the media will sweep the story under the rug.

Gaffney ended the short piece with a simple plea, saying, "This travesty demands a rigorous damage-assessment, an overhauled counter-intelligence capability and a truly free press."

One can only dream.