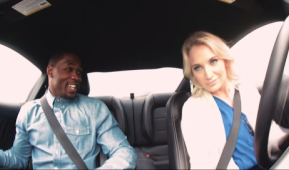 0
Ford Pulls Off Epic Blind Date Stunt With A Mustang And A Blonde Stunt Driver
scooter.schaefer

One of the best Valentine's Day stunts we've seen...

Take a 2015 Mustang and a beautiful professional stunt driver. Then, ask a bunch of unsuspecting guys to meet her on a blind date they’ll never see coming. Welcome to Mustang Speed Dating. 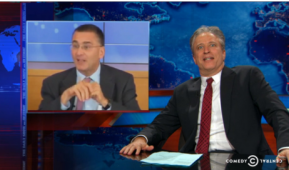 Even Jon Stewart has roasted the President over Gruber-gate.  Calling comments made by the Architect of Obamacare, "pretty slimy."  At one point he even looked speechless.

Which begs the question... if Obama's loyal comedian foot soldier Jon Stewart can't defend the President over his advisor's comments, then who can? 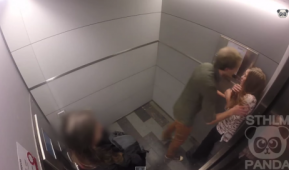 What would you do if you saw an instance of domestic abuse in an elevator?  The creator of the video, a social experiment and prank Youtube page called STHLM Panda, claims that only one of 53 people who witnessed the staged domestic abuse, came to the woman's defense. 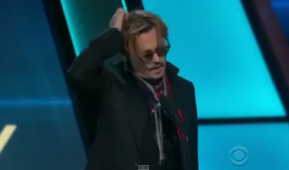 Johnny Depp took the stage at the Hollywood Film Awards Friday night to present an award to talent manager Shep Gordon.  What resulted was a mumbling and barely coherent slurred speech that looked like it was being given by Captain Jack Sparrow! 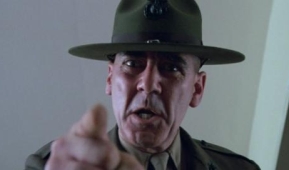 0
7 Questions All Marine Corps Fans Should Be Able To Answer
scooter.schaefer

Think you're a Marine Corps buff?  Prove it.  Take the quiz and see how you rank!

So you're a fan of the Marines... prove your knowledge by answering these seven simple questions. 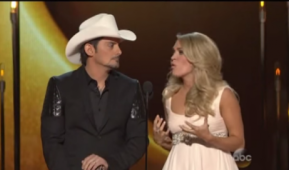 Carrie Underwood Jokes About Dems Losing Senate At The CMA's

Carrie Underwood took the opportunity to joke about Taylor Swift and Democrats losing control of the Senate at the recent Country Music Awards.. and the crowd loved it! 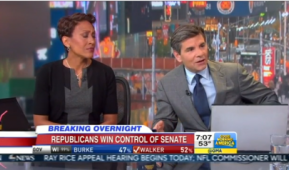 By any account, the GOP gave the Democrats a serious shellacking in the midterm elections last night... gaining at least 7 Senate seats; 12 in the House; and mopping the floor in numerous Governor races.  Politico has a great breakdown here.

So naturally the liberal media was a madhouse of shock, denial, and flat-out despair. Here are the top five clips we found.

2. MSNBC Hosts Panic on Midterms: 'I Don't Know What Good News Would Be'

5. As World Crumbles in on Dems, ABC Clings to War on Women 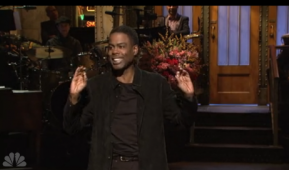 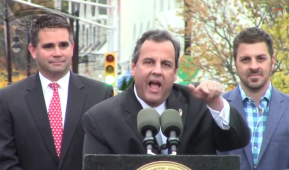 0
New Jersey Governor Christie tells heckler to 'Sit down and Shut up' at event to mark the anniversary of Superstorm Sandy
scooter.schaefer

New Jersey Governor Chris Christie, making an appearance along the Jersey Shore to help mark the second anniversary of Superstorm Sandy, was heckled by James Keady, a former Asbury Park city councilman. Keady was holding a sign that read “Stay in New Jersey, Finish the Job.” Christie decided to fire back at his heckler saying, “I’m glad you had your day to show off, but we’re the ones who are here to actually do the work.” Christie finished by saying, “So listen, you want to have the conversation later, I’m happy to have it, buddy. But until that time, sit down and shut up.” Christie’s local popularity and national profile rose after Superstorm Sandy because of his leadership during that time.

When Chris Christie decided to fire back at his heckler

However, some question the performance of his administration during this same time period. Keady was trying to bring to light the problems with the state’s billion dollar program that is supposed to help displaced homeowners get back on their property after being displaced due to the storm. 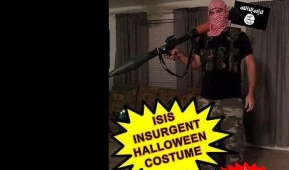