Another One: Milkshake Thrown at Nigel Farage in Latest Politically Motivated Assault

It doesn’t matter if you hit someone with a pillow. It would be kind of funny, but if you did so because you disagree with them politically, you’re engaging in intentional political violence. That type of thing typically comes from the left, and their latest weapon of choice seems to be milkshakes.

Brexit Party leader Nigel Farage was attacked on Monday after a 32-year-old man without the civility to have an actual debate threw a milkshake at the 55-year-old politician. The man who carried out the assault — I’m not going to give this guy the press by saying his name — was reportedly “arrested on suspicion of assault” on Tuesday.

Here’s video of the altercation:

As you can hear Farage say in the video, “A complete failure. Could have spotted that a mile off.”

Farage responded to the attack on Twitter, without directly referencing the attacker: 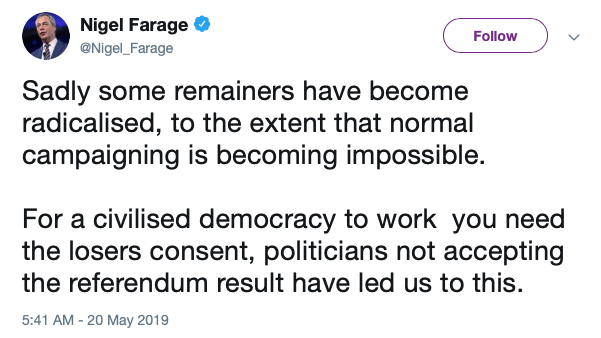 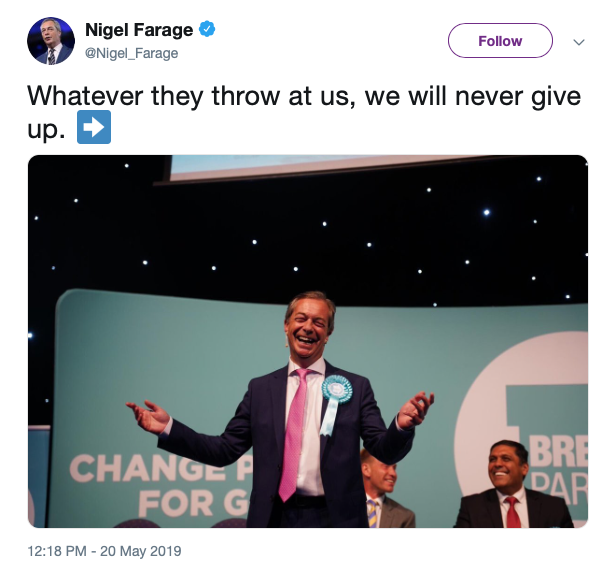 That’s hard-hitting journalism for ya.

The man who attacked Farage cited “the bile and the racism that he [Farage] spouts out in this country." Of course, the man couldn’t give any examples when pressed further about why he carried out the attack.

“I don’t wanna talk about that on camera,” the attacker said.

Of course he didn’t want to talk about it. It’s difficult to talk about something when you seemingly have no substantive argument. If the guy did have an actual argument he wouldn’t have need to throw a milkshake at Farage.

Farage isn’t the first figure on the right to be attacked with a milkshake recently.

U.K. Independence Party candidate Carl Benjamin, more commonly known on YouTube as Sargon of Akkad, has had four milkshakes thrown on him in a one-week timespan. Controversial activist and independent candidate to become a member of the European Parliament (MEP) Tommy Robinson has had two milkshakes thrown at him in recently.

I honestly don’t think far-left activists understand that by attacking people on the right that they don’t disagree with, they’re not going to accomplish their mission of embarrassing or harassing them into backing down from their stances on the issues. They only embolden those who have had enough of being ridiculed for their political beliefs.