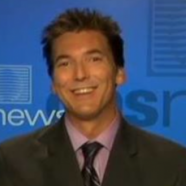 Eric Scheiner is the Director of MRCTV, and has over 20 years experience in broadcasting and video production. Beginning his broadcasting career in the First-In-The-Nation Primary state of New Hampshire, politics, government spending and constitutional issues have been a major thread through his work. Eric left New England in 2005 to host the launch of the award winning 'WYOU Interactive' program for the Pennsylvania CBS affiliate before relocating to the DC area and joining with the Media Research Center. Gingrich: Public Should “Try” the GOP Out But “Be Very Clear” They Expect Controlled Spending
Eric Scheiner
Former House Speaker Newt Gingrich (R-Ga.) told CNSNews.com that the American public should not “trust” the Republicans but “loan them power” and “be very clear” that they expect the GOP to “control spending and change things.”