Duncan is a fourth year at the University of Virginia. He is a double major in public policy and history. He is a free-lance blogger for Newsbusters. 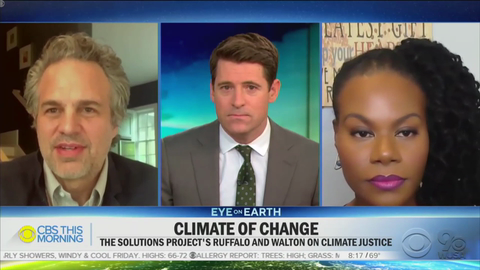 On Wednesday, CBS This Morning continued its efforts to forward the left’s climate agenda when co-hosts Anthony Mason and Tony Dokoupil brought on leftist actor and The Solutions Project co-founder Mark Ruffalo and The Solutions Project president and CEO Gloria Walton to promote their climate change organization. Mason celebrated the group for being “one organization that isn't waiting for Congress to take action on climate change” and set up Walton to rattle off a series of social justice clichés by gushing that “racial justice is an essential part of tackling climate change.” 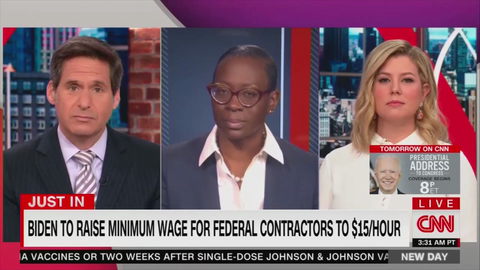 What!? No Pushback on CNN for Radical Dem Advocating for a '$25' an Hour Minimum Wage
Duncan Schroeder

Proving that CNN is all on board with the far left’s agenda, New Day co-hosts John Berman and Brianna Keilar on Tuesday morning brought on Ohio Democratic Congressional Candidate, former Democratic Senator, and co-chair of the 2020 Bernie Sanders presidential campaign Nina Turner to promote leftist policies. The Democratic propagandists offered no pushback as Turner outrageously claimed that the minimum wage should be “closer to $25” an hour and described the Green New Deal as “a beautiful thing to do.” 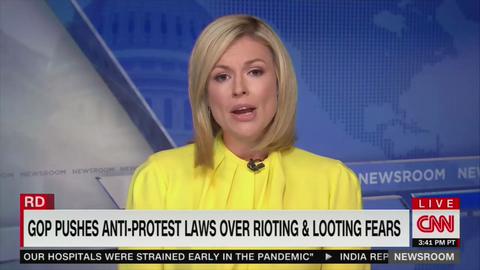 After aiding the Democrats in their attacks on Georgia’s new voting bill, the Democratic activists at CNN are now lashing out at GOP state bills which are aimed at cracking down on rioting. On Sunday evening’s CNN Newsroom, host Pamela Brown ranted against such legislation, falsely declaring the bills to be “anti-protest bills” and calling the Black Lives Matter violence that Republicans are attempting to prevent with the bills a “false narrative.” 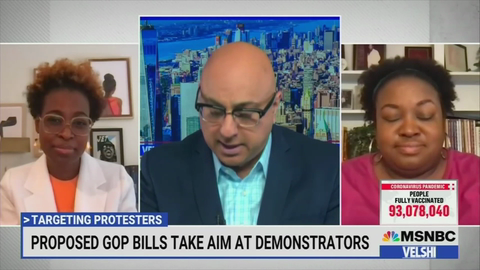 On Sunday morning’s Velshi, MSNBC host Ali Velshi brought on far-left Rutgers professor and author Brittney Cooper to continue the network’s false assault on the legislation. Cooper went on a hateful tirade where she alleged that the GOP is working for “consolidation of white power” and that Republicans “are the same people who turned people into property.” 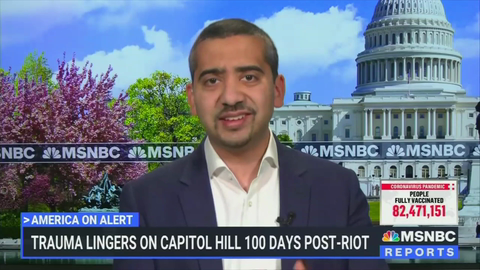 MSNBC has long displayed its hatred for Trump supporters and it is continuing to show its contempt even now that he is out of office. 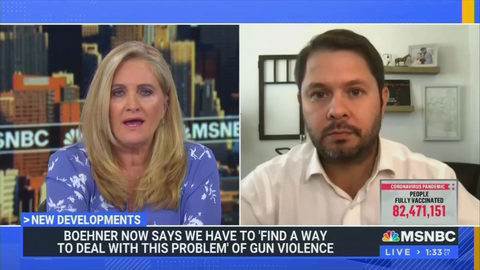 The media has decided once again to fall in line with the Democrats’ gun agenda. Demonstrating the media’s parroting of Democratic talking points about guns, on Sunday afternoon’s Alex Witt Reports MSNBC host Alex Witt collaborated with Representative Ruben Gallego (D-AZ) to push for gun control. Witt indulged in some gaslighting by claiming that Democrats are not trying to implement “gun takeaway measures” but are instead attempting to pass “gun safety measures” and allowed Gallego to insanely declare that Republicans “would rather see our Americans murdered everyday instead of actually trying to come up with a bipartisan compromise.” 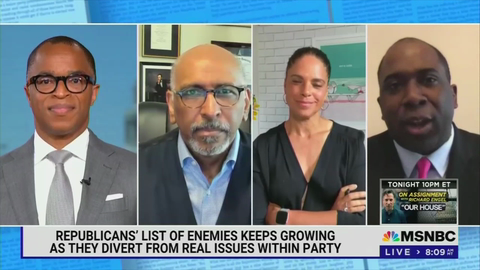 It is oftentimes hard to tell the difference between YouTube conspiracy theory channels and the alleged journalists in the liberal media. On Sunday morning’s The Sunday Show with Jonathan Capehart, host Jonathan Capehart brought on FiveThirtyEight.com senior political editor Perry Bacon Jr. to spin wild conspiracy theories about the Republican Party. Bacon went on a rant where he declared that the Republican Party asks itself “how do we maintain the existing racial and economic status quo” when creating policy. 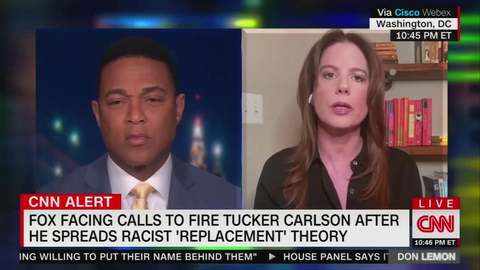 With Donald Trump out of the presidency and off social media, CNN has become obsessed with popular Fox News host Tucker Carlson. On Friday night’s CNN Tonight, host Don Lemon collaborated with senior political analyst Kirsten Powers to demonstrate CNN’s fixation with Carlson by melting down over Carlson simply arguing that Democrats desire to use mass immigration to gain votes. Lemon accused Carlson of “pushing a racist theory that's been a favorite of white supremacists” and Powers dragged the GOP into the discussion by claiming that Carlson’s rhetoric shows that Republicans have gone so far to the right that “they’ve just shifted right off the map.” 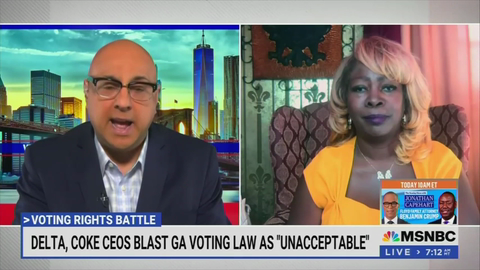 While the liberal media is always dishonest, one of the most egregious examples of its dishonesty is how it has adopted false Democratic attacks on the Republican sponsored Georgia voting bill.

MSNBC’s Ali Velshi continued this trend on Sunday Morning’s Velshi when he brought on co-founder of Black Votes Matter LaTosha Brown, who is a Democratic activist who helps Democrats to win elections, to celebrate corporations boycotting Georgia and smear the GOP by claiming that it opposes democracy. Velshi cheered on Brown encouraging businesses to boycott Republican states by asking Brown “What more do you foresee happening for Republicans in Georgia and in Arizona and in Iowa and in Michigan and across this country to say we are going to lose business” and Brown asserted that the GOP is attempting to start “the new Jim Crow era.” 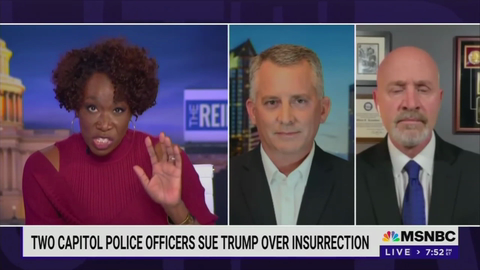 The leftists hacks at MSNBC have decided that they know the will of God, who will naturally bring down punishment on all those who dare to disagree with them. On Thursday night’s The ReidOut, MSNBC host Joy Reid brought on one of MSNBC’s favorite never-Trumpers, former Congressman David Jolly (R-Fla), to declare that God will discipline the GOP if it nominates Donald Trump again in 2024. Jolly pronounced that “there will also be judgment from God” if Republicans nominate Trump in 2024 and Reid professed to also know the will of God by proclaiming that his statement was “hard to argue with” in the week “before Easter.”