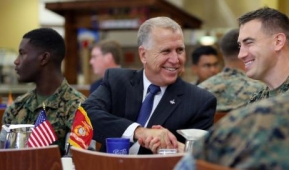 According to the Associated Press, North Carolina Republican Sen.Thom Tillis has collapsed during a bike race in Washington, DC. Tillis is 56 years old, and was rushed away to the hospital after bystanders administered CPR.

While details are still evolving, be sure to keep his recovery in your prayers!

UPDATE: As reported by Fox News, Tillis is awake, with dehydration being the likely cause of his collapse.

In case you missed it, last night’s Miss USA competition ruffled some feathers. When asked about health care reform and feminism, Miss USA winner Kara McCullough stunned audiences by claiming healthcare is a privilege, not a right, and adding that men and women have equal opportunity in the workplace.

Needless to say, the liberals on Twitter had an absolute meltdown: Is the liberal reaction justified? If you actually watch Kara McCullough’s responses, you’ll find that they’re intelligent and well-reasoned.

On whether healthcare is a right or a privilege: 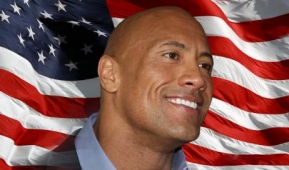 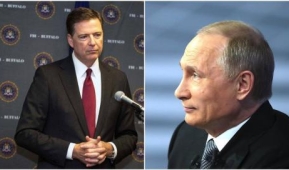 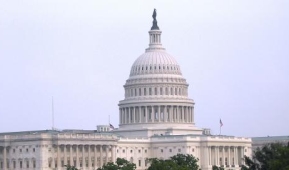 The political news internet is buzzing with news that Politico has hired new CEO Patrick Steel, a well-known banker at D.C.-area investment firm FBR and Co.

However, you probably won't find many journalists talking about how Politico's new CEO can hardly be called objective. As OpenSecrets.org seems to indicate, Patrick Steel has donated north of $60,000 to Democrat causes and candidates since 2000. He doesn't appear to have made any donations to groups or candidates on the other side of the aisle. Especially ironic about all of this is the fact that Politico recently released an article called. "The Media Bubble Is Worse Than You Think." While this doesn't necessarily correlate to a definitely left-learning bent on Politico's reporting, it does give pause to readers looking to the organization for "objective" reporting. 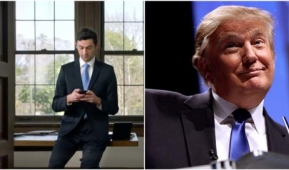 0
Results are In: Republicans Successfully Force Democrat Jon Ossoff to a Runoff in GA-06
Andrew Mullins The results are in, and Georgia's 6th District Congressional race will now officially see a runoff between Democrat John Ossoff and Republican former Georgia Secretary of State Karen Handel.

Viewed by many as an early 2018-indicator, the Georgia 6th Congressional District special election has brought in loads of national media coverage and cash from a normally low-profile race.

The best hope for the Democrats to win the Republican-leaning district was to have their candidate, Jon Ossoff, win today’s election outright, surpassing the 50% mark to achieve a majority, not a plurality of votes.

Because today’s special election did not have a primary in advance of the race,  the candidates included 11 Republicans and 5 Democrats. The Democrats rallied around John Ossoff, while the Republicans were split between former Georgia Secretary of State Karen Handel, Businessman John Gray, and former State Senators Judson Hill and Dan Moody.

Today’s election results will come as a huge disappointment for Democrats, who have staked fundraising, endorsements, and man-hours on a race they hoped would be an early assessment of Trump’s presidency so far.

Even Hollywood got involved:

Vote tomorrow if you're in GA 6th! Let's #UndoTrump pic.twitter.com/nXSLJkKlVT 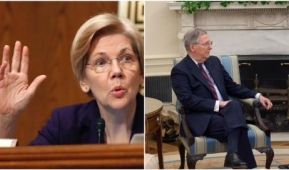 According to the Boston Globe’s sneak peek at Elizabeth Warren’s new book (set for release this week), the Massachusetts senator has quite a bone to pick with Republican Senate Majority Leader Mitch McConnell.

“I’ve spoken to him, but he has not spoken to me,” Warren said, laughing in a disbelieving way, shaking her head. “I say hello to Mitch every chance I get, and he turns his head.”

That’s right. Elizabeth Warren is furious that Mitch McConnell isn’t saying hi to her in the hallways anymore -- which is ripe coming from a senator that infamously snubbed now-Secretary of Education Betsy DeVos’s attempt at a friendly handshake after a Senate hearing.

By all accounts, Mitch McConnell is treating her just as fairly as she treats her female employees... who she still pays 29 percent less than her male employees. 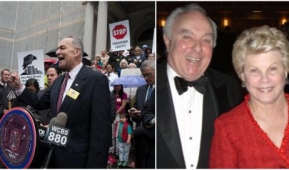 0
Schumer Loses It: Screams at a Trump Supporter in a NY Restaurant
Andrew Mullins If you didn’t think that this year’s politics could get any more divisive (or weird), think again.

According to a report from Page Six, things turned ugly on Sunday night when a pleasant conversation erupted into a brawl in a Manhattan Restaurant.  Witnesses claim that Senate Minority leader Chuck Schumer screamed at Hilary Califano, a Democrat, when he found out that she that voted for Trump.

The incident happened when Schumer ran into Joseph Califano Jr, a highly respected Democrat and former Secretary of Health, Education, and Welfare under President Jimmy Carter. According to reports, the Califanos exchanged pleasantries with Schumer, who happened to be dining at the same restaurant, when talk turned to politics.

As soon as Schumer found out that lifelong-Democrat Hilary Califano voted for Trump, he completely lost his cool. Schumer has been in the spotlight recently with reports that he intends to lead the Senate minority to a filibuster Neil Gorsuch, Trump’s Supreme Court nominee. 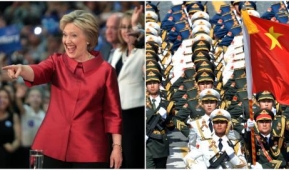 Every now and then, life confronts you with a “you know there’s a problem when…” moment. For example, you know that late-night entertainment has a self-perception problem when one of their top hosts doesn’t think there’s any such thing as an “extreme liberal.”

Well, thanks to the Chinese Communist Party’s lengthy “Human Rights Record of the United States in 2016” report, we are confronted with a hilarious irony.

In the section of the report entitled “Political Rights Undermined," China’s Communist government accuses the U.S. media of failing “to be objective and impartial.”

“U.S. media published a lot of biased reports and commentaries during the 2016 election, fully demonstrating their failure in staying objective or impartial. The media clearly chose their side in covering the election. Among the top 100 newspapers based on daily circulation, 57 endorsed the Democratic nominee while 2 the Republican, according to data revealed by the media endorsements count conducted by University of California, Santa Barbara.” 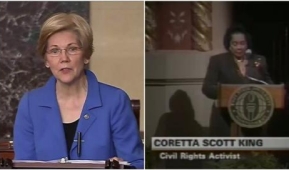