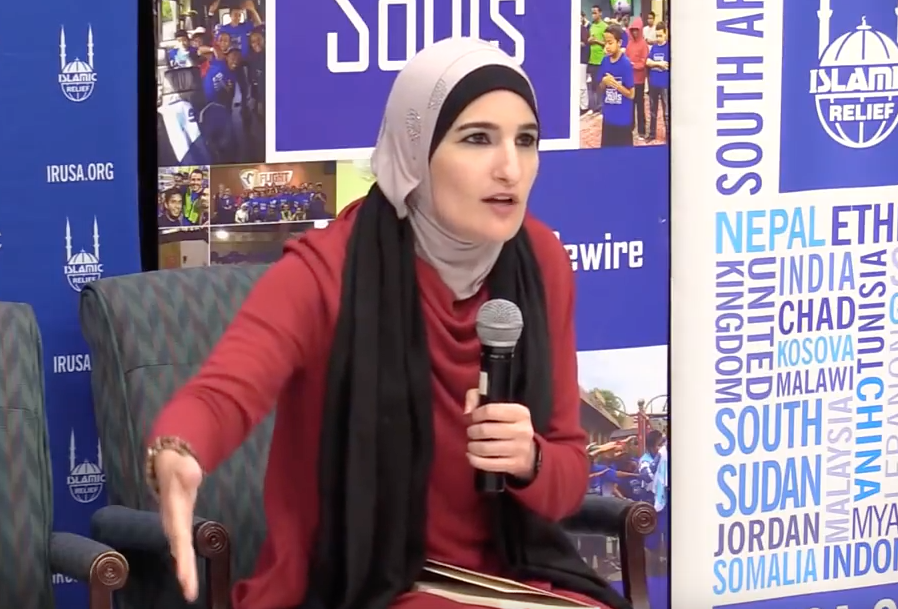 “Muhammad was a feminist.”

It’s the very same mosque that Muslim Imam Anwar al-Awlaki preached at in which three of the 9/11 attackers attended.

Sarsour, who was one of the organizers of the Women’s March on Washington back in January, took the time out to speak to the audience about what a wonderful prophet Muhammad was and how Muslims should allow people to “define Islam.”

Sure, if you discount that Muhammad was a murderer and a pedophile.

“Will you define Islam,” Sarsour began her question to the audience, “or will you allow the racist, bigot Islamophobes to define Islam?”

It could be said that Sarsour is the pot calling the kettle black, because last time I checked radical Muslims around the world were persecuting Christians and Jews on a genocidal level.

Sarsour then began gushing over the prophet Muhammad:

Here is the video of Sarsour's comments:

Okay — no, no, no, no, no, no and no. Muhammad was literally none of those things simply for the fact that feminism didn’t exist in the times of Muhammad. Heck, social justice activists weren’t a thing back then either.

It’s clear that extreme Far-Left liberals, like Sarsour, attempt to brainwash people by rewriting history to fit their agenda. A lot of the time they’re successful, too.

Don’t believe me? Ask the 500,000 “feminists” I was surrounded by at the Women’s March in Washington D.C. if they admire the message of Sarsour.

If everything you read about what Sarsour said is not enough to tickle your funny bone, there’s another little nugget that she said with the utmost fervor.

“Let’s talk about how he [Muhammad] was the first victim of Islamophobia,” Sarsour passionately pointed out.

Ali Sina, an Iranian ex-Muslim, wrote a book about Muhammad that inspired Dutch politician Geert Wilders to write an article for Dutch online magazine HP/De Tijd about the content.

In the article Wilders points out Sina’s assessment of the prophet Muhammad:

…he [Sina] posits that Muhammad is a narcissist, a pedophile, a mass murderer, a terrorist, a misogynist, a lecher, a cult leader, a madman, a rapist, a torturer, an assassin and a looter.  Sina has offered 50,000 dollars for the one who can prove otherwise. Nobody has claimed the reward as yet. And no wonder, as the description is based on the Islamic texts themselves, such as the hadiths, the descriptions of Muhammad’s life from testimonies of contemporaries.

Yet another piece of comedy gold Sarsour word-vomited from her cake-hole equated Islam with social justice. If she means that Islam is similar to social justice in the sense that both of those ideologies oppress people, then sure, I’ll buy that.

“You can’t be a Muslim without engaging in social justice,” Sarsour said.

The video of Sarsour’s comments took a very dangerous turn when the modern feminist leader tried to inspire Muslims to not fear Islamophobes since Sarsour herself wouldn’t mind dying as long as she was considered a “martyr.”

If we as Muslims believe that the only fear we have is the fear of Allah, why would we be afraid of Islamophobes, racists or bigots, or people threatening us. I’m not afraid of those people. Because at the end of the day our qudar, our day that’s going to come, is already written somewhere. And honestly, I’d rather die a martyr in the Muslim community.

Sarsour is dangerous in the sense that she has the ear of a lot of different people, and she will no doubt continue her radical diatribes.