This is a catfish: 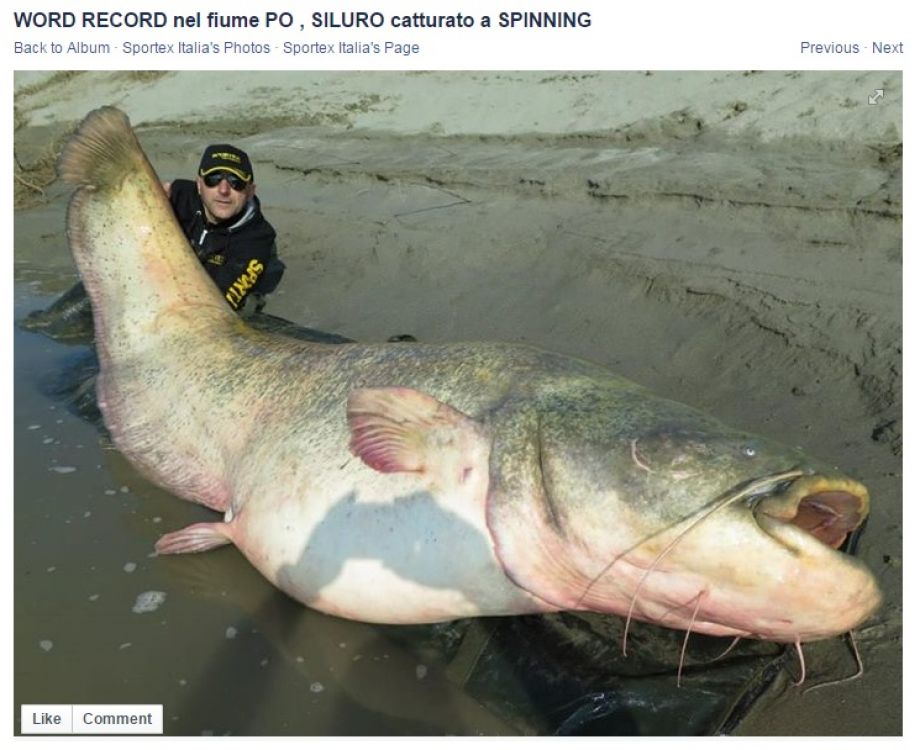 This enormous beast was caught by Italian fisherman Dino Ferrari in Italy's Po River and it weighs 280 pounds and measures 8.8 feet.

Shockingly, this is not the largest fish ever captured in the Po River which is known to be inhabited by this rare breed of giant fish.

The International Game Fish Association reports that the record for the largest Wels Catfish ever caught was 297 pounds while other sources have the record at 317 pounds and 309 pounds.

All of these gargantuan fish were caught in the Po River.

After, weighing his catch and taking  pictures with the monster fish, the big guy was released back into the river.

While Wels catfish this large are extremely rare, the larger varieties of the species usually feed on frogs, mice, rats, birds and ducks.