Free Speech Assault: YouTube to Ban All Videos with What They Deem 'False Claims'

With authoritarianism and draconian measures running rampant across the U.S. right now, it makes one wonder who the lead propagandists — or the Joseph Goebbels of our time — might be. One could immediately turn and point the finger — hopefully of the middle variety — at the radical, bought-and-paid-for-by-China media. But if you’re looking for who the Heinrich Himmler — the leader of the German SS — might be, look no further than “Big Tech.” The difference is that YouTube is rounding up ideas and individual thought. Same Godless church, different pew.

And I know. I know. Comparing them to Nazis is exactly what the left did and still does to conservatives and Trump supporters. But, if everyone is now a part of “their game,” I’m just playing by their rules (wink, wink).

YouTube, led by CEO Susan Wojcicki, released a statement on Thursday on one of their less-followed accounts announcing that they will be issuing a “strike” to “*any* channels posting new videos with false claims in violation of our policies.” When a YouTube channel receives three strikes in a 90-day period they will be “permanently removed from YouTube.” 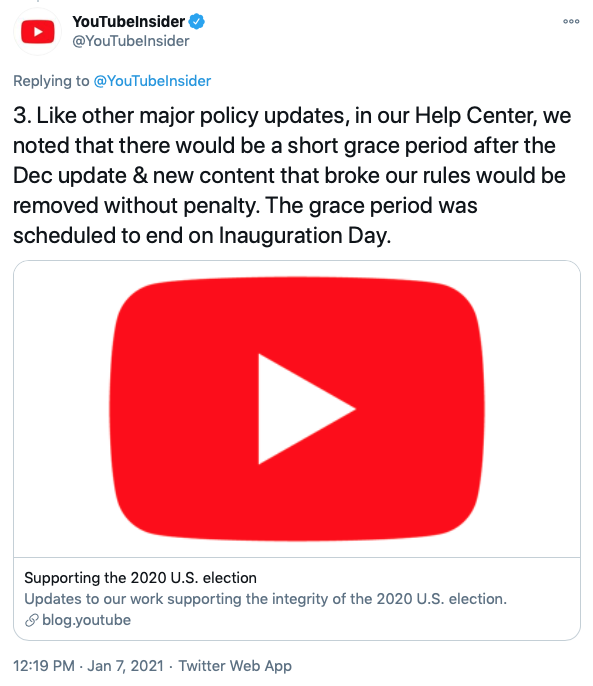 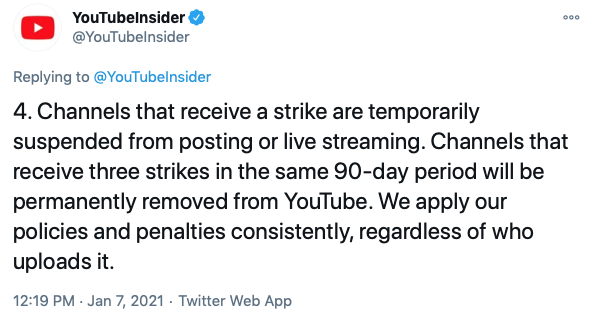 Notice how they weren’t specific as to the “false claims” they’re referring to, which gives the YouTube statement enough vagueness to be able to apply the policy to anything THEY deem as a false claim. It also expands their continued censorship of what they call “false claims” of election fraud.

The move came on the same day that Facebook and CEO Mark Zuckerberg announced their banishment of President Donald Trump’s accounts.

And I bet a lot of you —including yours truly — thought COVID was the only thing that was going to possibly bring about a “new normal.”

Welcome to the world as presented in the federal government’s image.