Facebook is not a platform that allows people to think for themselves. Facebook is a platform that seems to openly and unabashedly curate content based on the personal political beliefs of its employees and its employer, Mark Zuckerberg. Whether you agree or disagree with whatever anyone, from any background, says on any social media platform, the people must be allowed to use their own brains as they see fit.

That being said, Zuckerberg announced Thursday that President Donald Trump will be "blocked" - in other words banned - from both Facebook and Instagram.

"...we are extending the block we have placed on his Facebook and Instagram accounts indefinitely and for at least the next two weeks until the peaceful transition of power is complete," Zuckerberg wrote in a Facebook post. 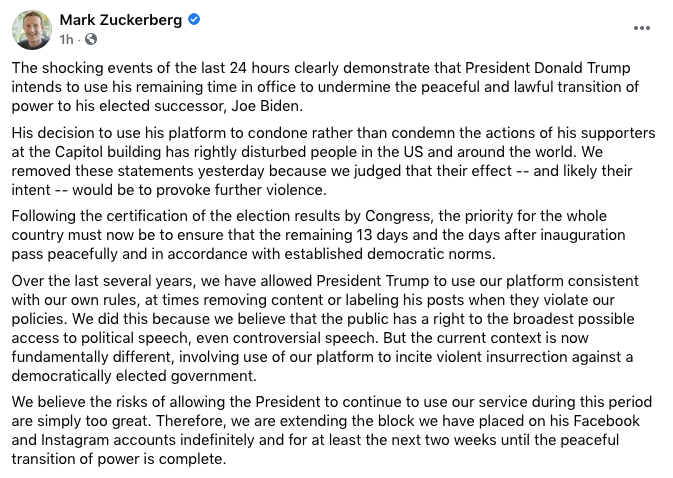