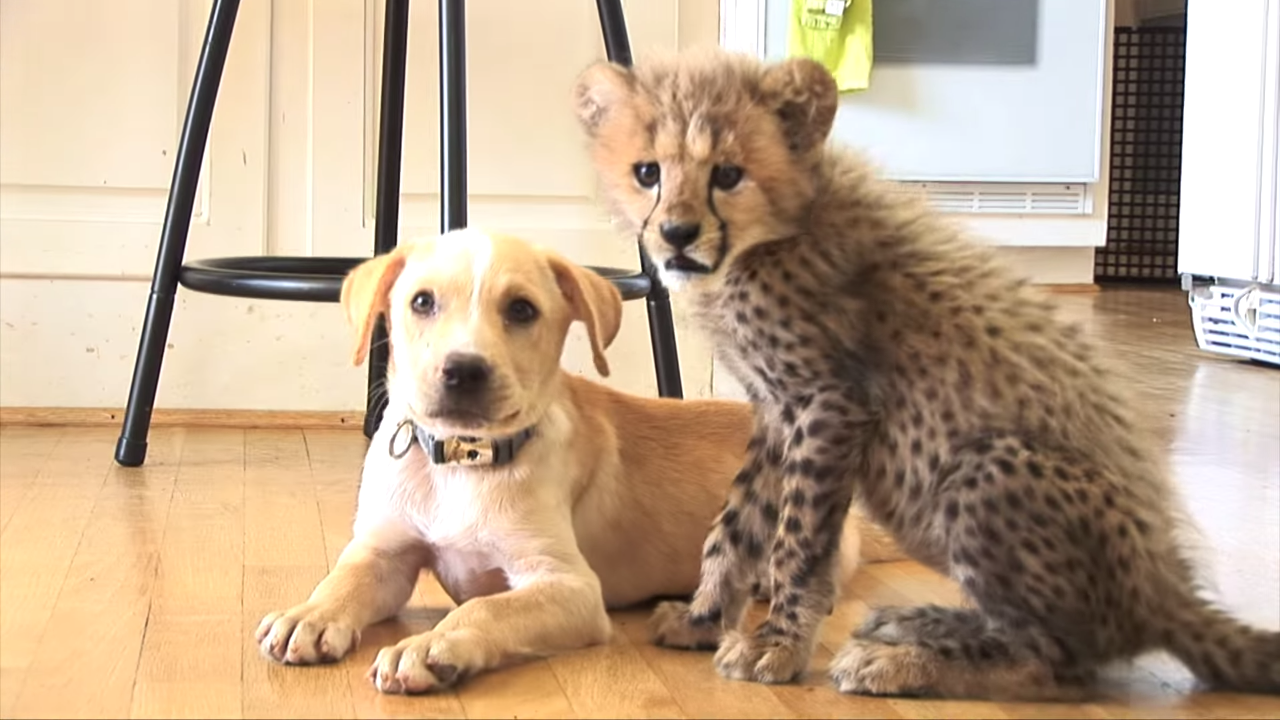 Would you ever imagine a cheetah could become best friends with a dog? While it is unimaginable in the wild, it's a partnership with benefits that many cheetahs in captivity have enjoyed.

In this case, a young cheetah cub named Kumbali was only two weeks old when handlers realized he had been abandoned by his mother. Kumbali was the runt of his litter and his mother couldn't produce enough milk for him alongside his stronger siblings.

It was then that Kumbali was whisked away and destined to create an unbreakable brotherly bond with Kago, a ten-week-old, Labrador-mixed puppy. Kago has helped Kumbali develop many healthy social behaviors and, despite his instinctively skittish behavior, Kumbali has grown into a sociable and calm big cat in captivity.

See the unlikely duo's progress below: