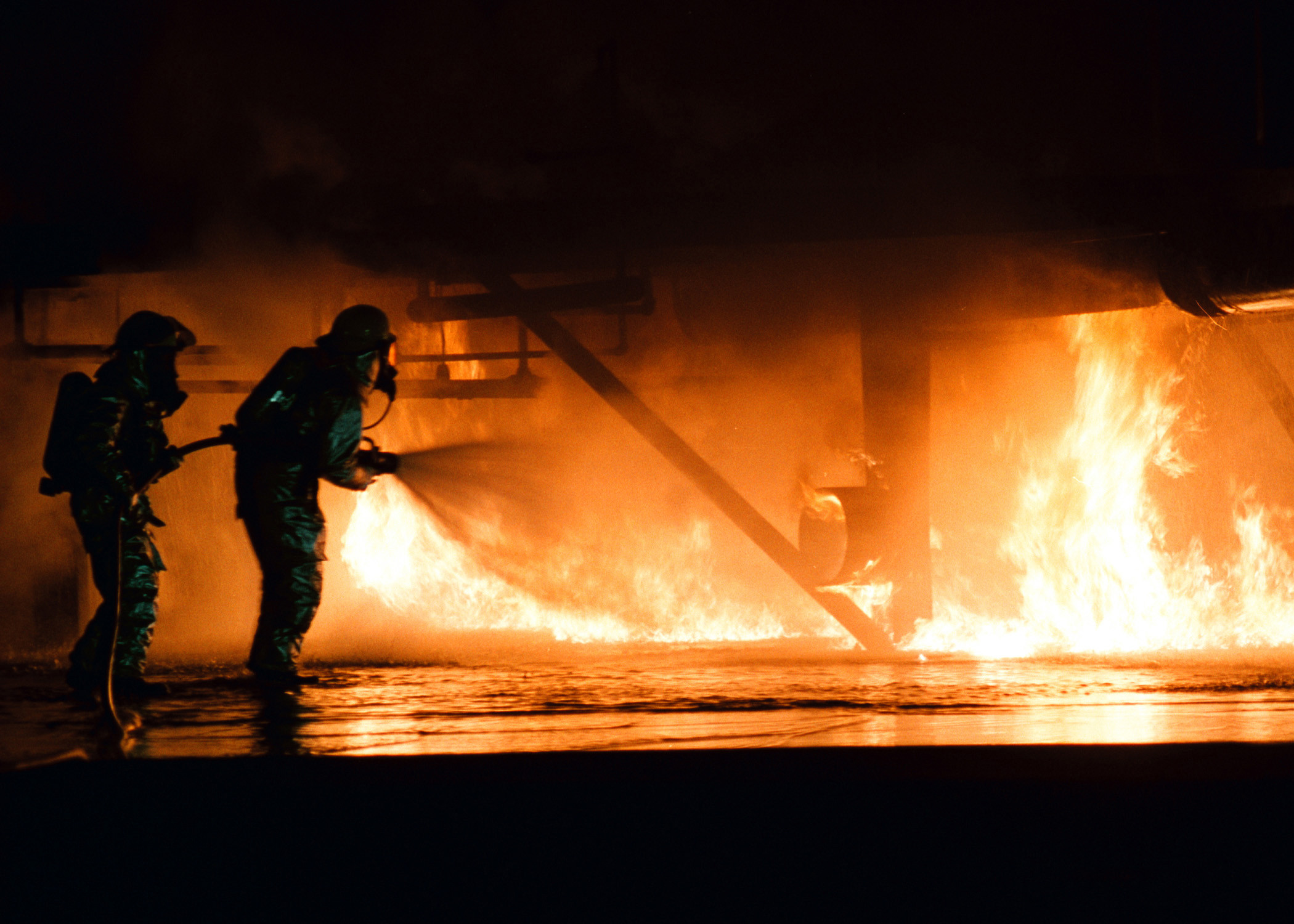 In a harrowing turn of events, the outer wall to one of the homes gave way and collapsed on top of eight firefighters, temporarily trapping them.

"While inside searching, the first floor and second floor colllapsed on one one another, the front wall also fell away from the building into the front yard, striking and temporarily trapping some of the firefighters out front," according to Battalion Chief Kelvin Thomas with the Montgomery County Fire and Rescue. "The firefighters inside were momentarily trapped as well. The firefighters were removed from the structure and under the debris by other firefighters on scene and transported to local hospitals."

All of the trapped firefighters were rescued and taken to the hospital, where all but one were treated and released. Pete Piringer, a spokesman with Montgomery County Fire and Rescue, said that one firefighter sustained serious but non-life-threatening injuries.

“It was a pretty catastrophic collapse,” he said.

No information regarding what initially ignited the homes has been released. All three homes suffered fire, smoke and water damages. The three families whose residences caught fire have been displaced by the blaze.

Watch a video of the collapse below, and be thankful that there are men and women brave enough to face dangers like these so you don’t have to.