There is a lot wrong with the world in the wake of the dreadful Paris attacks. There has been heartbreak, pain and sorrow, but life does continue. We try and deal with the travesties and overcome them by our abilities to keep our chin up and keep moving forward. For some, we turn to our likes and interests in order to distract us from all of the wrongdoings. We look for hope and for something to believe in.

In the world of soccer, the hope we are longing for was lost on the Turkish fans. Turkey was set to face off against Greece, but to start the match, the teams bowed their heads with a moment of silence.

While the teams may have been silent, the fans in the stadium were not. Fna booed the moment of silence before starting to chant "Allahu Akbar” (“God is great” in Arabic) —a phrase that was also allegedly yelled by the terrorists during the Paris attack. 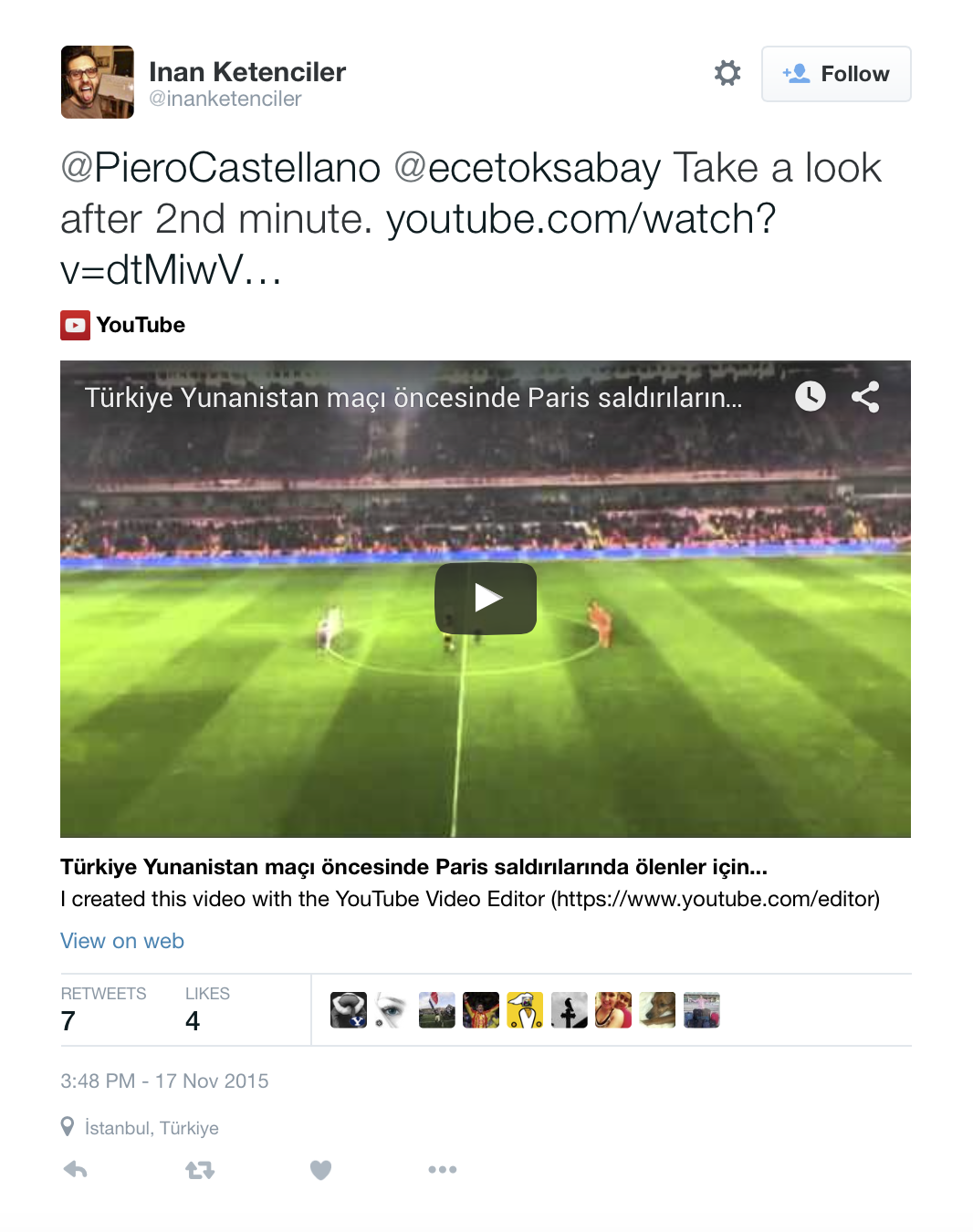 While I'm not insinuating that ALL Muslims are bad, (which they aren’t) according to The Blaze, 99.8% of the Turkish Population is Muslim. As you can see from the video, the amount of people chanting was pretty overwhelming.

Here in the United States of America, we like to play a game called football. While there are some bad eggs in both the professional league and in college, the majority of fans still look to their teams for hope and a sense of integrity.For example, Ben Watson, TE for the New Orleans Saints took to Twitter to say the following:

The New Orleans Saints also lit up their stadium in red, white, and blue, to pay homage to Paris.

Thats not the only display of integrity and honor from the world of sports. A few days ago, the US ARMY football team did this:

Perhaps there's some light left in the world, after all.