Springsteen Writes an Anti-Trump Protest Song, Because Of Course! 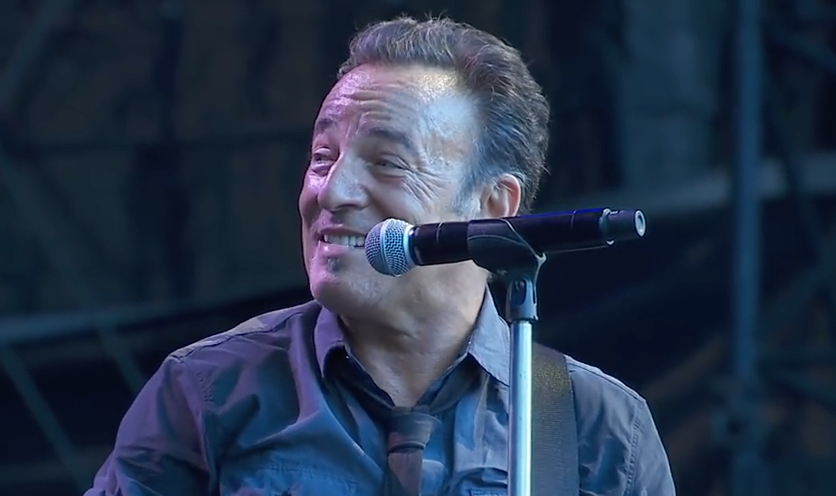 The Boss is back, and more of a wuss than ever.

Singers Bruce Springsteen and friend Joe Grushecky have collaborated on a new song that premiered on satellite radio Wednesday, and it sounds as if the pair aren’t happy with President Trump for some reason.

Check it out, folks! If you look hard enough, you can see “The Boss” turn into a snowflake.

Springsteen, who could never be confused with someone who has ever said anything even remotely resembling something positive about Trump, co-wrote the song with Grushecky titled, “That’s What Makes Us Great.”

Springsteen decided to use his legendary constipated voice alongside Grushecky, who sounds like a less talented version of Cat Stevens, to share with the world their disdain for Trump.

Here are some of the lyrics:

Don’t tell me a lie

And sell it as a fact

I’ve been down that road before

And I ain’t goin’ back

Which lie are Springsteen and Grushecky singing about? “If you like your doctor, you can keep your doctor”?

How about, “I did not have sexual relations with that woman, Miss Lewinksy”?

Wrong president, again! Sorry, folks. I must be off my game today.

Ready for a few more lyrics from this new libtard anthem?

Here you go (I warned you):

And don’t you brag to me

That you never read a book

I never put my faith

In a con man and his crooks

It’s not the fact that Springsteen and Grushecky are bashing Trump that really grinds my gears. It is perfectly within their right to do so as Americans. What is so utterly infuriating is when these moronic celebrities, who shouldn’t leave home without wearing a helmet, speak up and talk about Trump like he is the only politician in history that has ever told a lie.

The other aspect about stories like this that gets my dander up is that by bashing Trump, people like Springsteen always make themselves seem like they’re completely virtuous.

The only upside to celebrities getting political, no matter who they oppose, is that they cut their audience in half, which slashes their income.

Fans don’t pay to hear singers opinions about politicians. They pay to be entertained. So, Bruce? Just shut up and play “Born to Run.”