In the Internet age, it is not uncommon for a politician's detractors to compare that individual to Hitler. This type of hyperbole is an everyday occurrence among many of the fire-breathing ideologues who troll the bowels of social media. Most in the journalism community, however, find the comparisons tasteless and insulting to the millions who died at the hands of the Nazi regime.

But, not senior Newsweek writer Alexander Nazaryan, who tweeted out this gem early Wednesday morning: 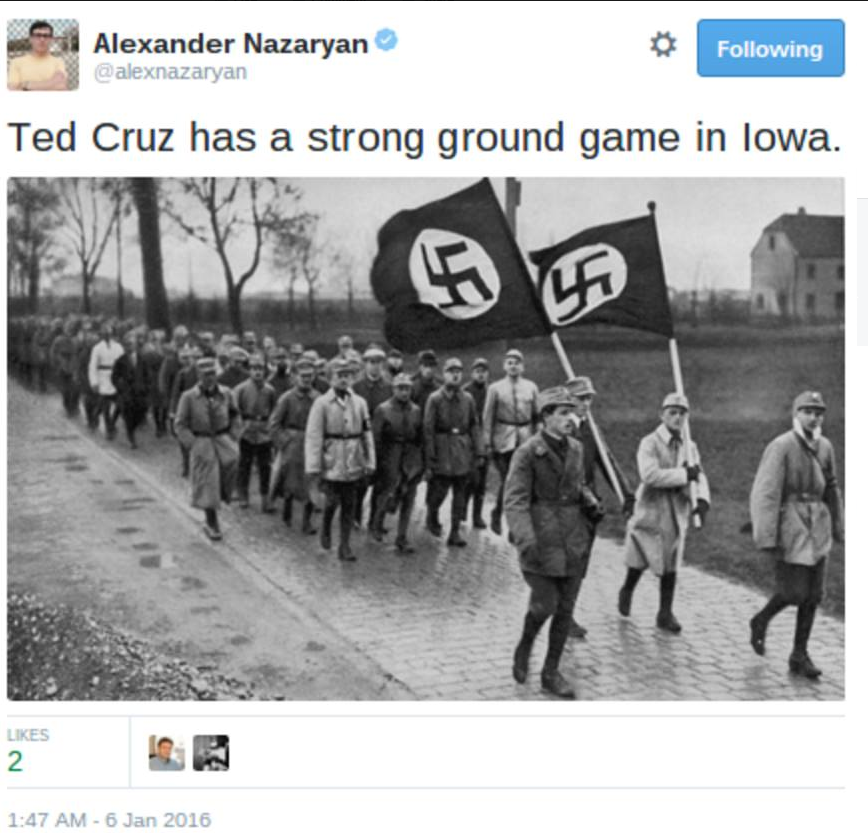 It's important to keep in mind that this was not posted by some random liberal nutjob who gets his jollies from portraying conservatives as murderous racists. This guy actually gets paid to write about politics. And, he's clearly no fan of Republicans.

On Dec. 16, following the Republican primary debate in Nevada, Nazaryan penned a column in which he opined:

".... in their paternalistic promises to protect Americans, the Republicans have shown disdain for the law they say they will uphold."

While Nazaryan tends to focus more on American culture and the arts more than politics (probably smart), we now have a clear picture of the level of disdain that this Newsweek author harbors for conservatives. Not that we should be surprised that anyone who works for Newsweek is a liberal. But, Nazaryan, of all people, should know that there are some lines that one simply shouldn't cross.

UPDATE: Nazaryan has now sent out a Tweet in which he explains that he deleted the intitial Tweet because it was unfair to Cruz's supporters. However, he did not apologize to Cruz who he admittedly hates. In a separate tweet sent out on January 5th, Nazaryan referred to Senator Cruz as an "Atrocity of a human being." 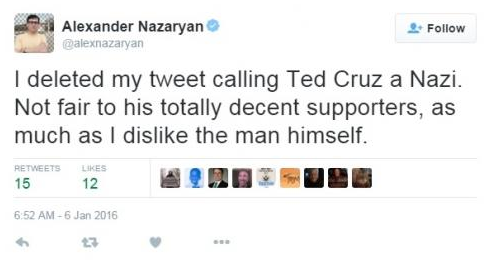