School District Backtracks After Banning Santa for Being 'Religious-Themed' 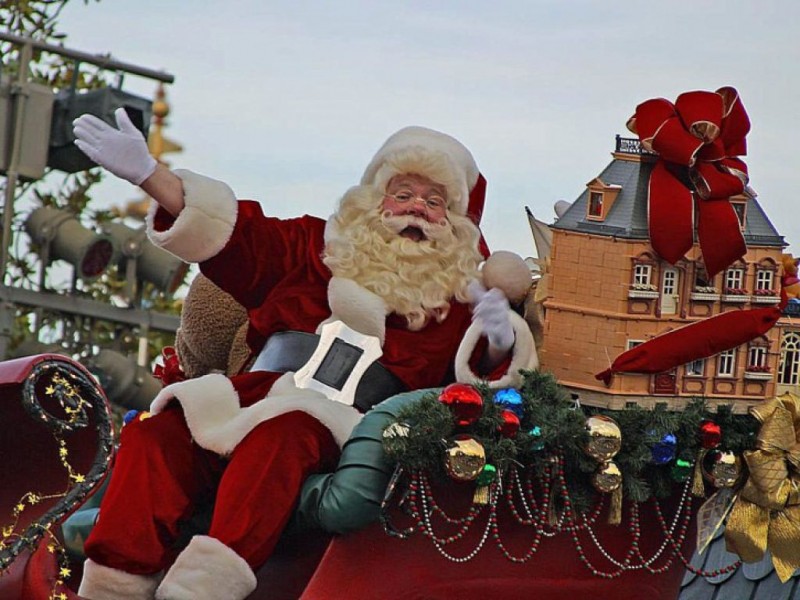 Apparently Santa Claus is not coming to town. Or he might be. We’re not sure.

The Hillsboro School District in Oregon is now attempting clarify a memo that was sent out to its teachers last week asking them not to decorate their offices, classrooms or doors with anything overly religious.

In Oregon! Shocking, I know!

According to a memo obtained by KATU-Portland, the original memo stated the following:

You may still decorate your door or office if you like, but we ask that you be respectful and sensitive to the diverse perspectives and beliefs of our community and refrain from using religious-themed decorations or images like Santa Claus.

God forbid you decorate any part of your office with anything resembling the entire reason we celebrate Christmas in the first place!

Not everyone celebrates Christmas. We get it. But to deny the majority of people in this country the ability to exhibit a joyful tradition with Christmas decorations is the equivalent to kicking Tiny Tim’s crutch out from under him.

Of course, the district has gotten a lot of flak since the memo was made public.

Not to be outdone, the school district is now backtracking and saying that what was written in the memo was not what they meant.

Even though we were extremely clear with the reporter that we were not banning Santa, nor were we going to police decorations in our buildings unless they were blatantly over the top, the story still ran with the “Santa ban” title.

They literally wrote to “refrain from using religious-themed decorations or images like Santa Claus.”

I guess they have no idea how to articulate, then. Should they be educating children if they don’t know what they meant in a memo?

Public schools are a bit unique because people have to go there and stay there for several hours every day. It’s not like a trip to the mall where you can choose to go in or not, or stay however long you’d like. We have an added responsibility to ensure the students feel comfortable and ready to learn.

I went to public school, and our student body spoke 52 different languages, which means that there were definitely people of different faiths. When the holidays came around we decorated for every occasion, including Christmas, and no one was offended or said anything about it.

Just another example of the special little snowflakes attempting to be the Grinch’s in all of our lives.