Poll: Nearly Half of Dems Have ‘Favorable’ Opinion of Socialism, 'Unfavorable' View of Capitalism 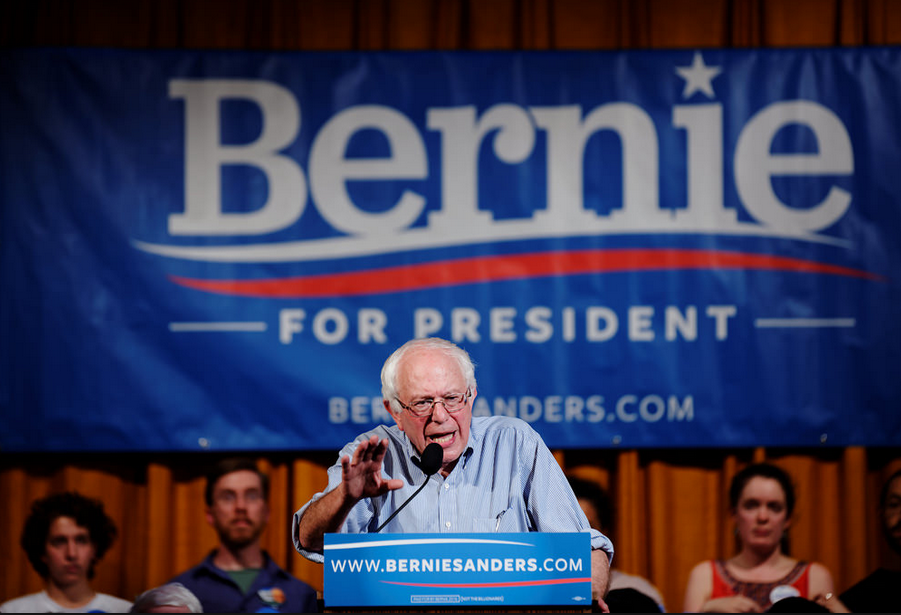 YouGov asked 1,000 American adults from Oct. 15-16, “Do you have a favorable or unfavorable opinion of socialism?”

Only a quarter of all Americans responded that they have a “very favorable” (seven percent) or “somewhat favorable” (18 percent) opinion of socialism.

In contrast, nearly half of Democrats (49 percent) reported having a “very favorable” (16 percent) or “somewhat favorable” (33 percent) opinion of socialism. 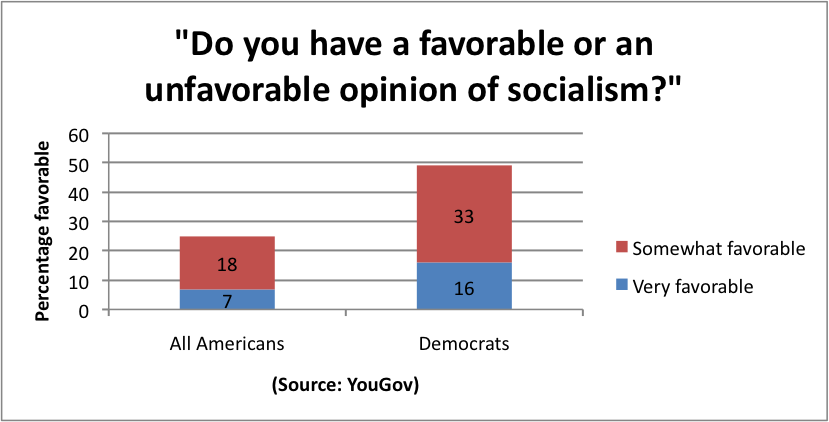 The poll also found about half of Americans (47 percent) report having a “very unfavorable” (32 percent) or “somewhat unfavorable” (15 percent) view of socialism. 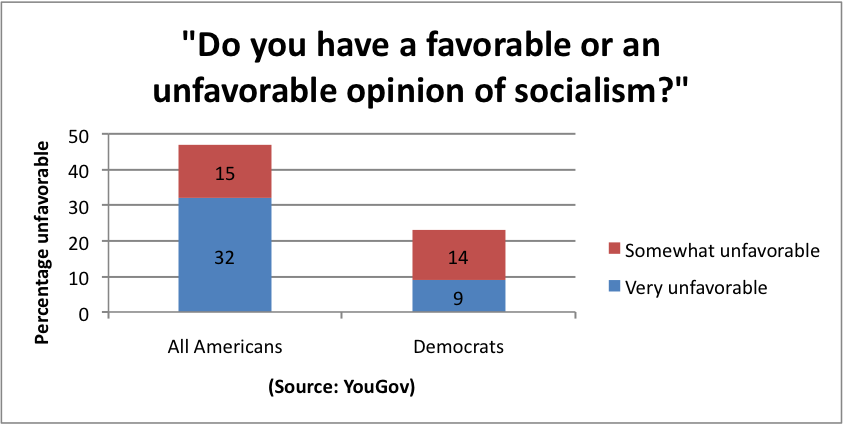 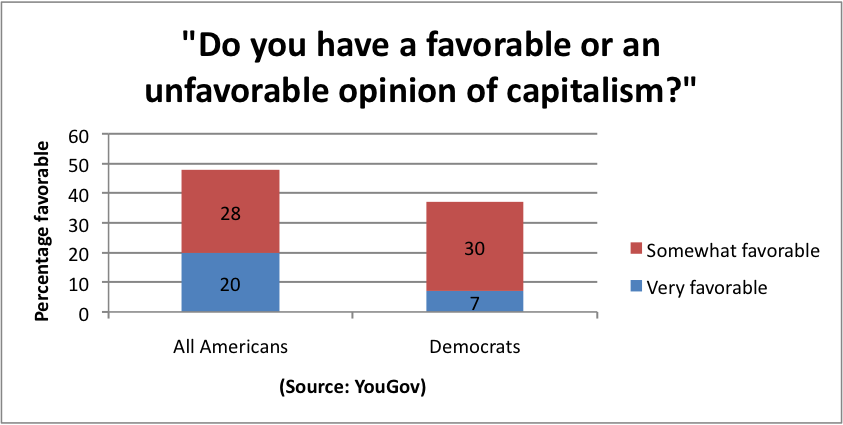 The respondents were also asked about the impact of Sen. Bernie Sanders (I-Vt.) identifying himself as a “democratic socialist.” The poll found 10 percent of Americans were more likely to vote for Sanders because of his socialist identification, while 15 percent were less likely to vote for him. Another 39 percent had “no difference” of opinion and said they wouldn’t vote for him regardless; 12 percent said his socialist ideology made “no difference” because they would vote for him despite being a socialist, and 24 percent were “not sure.”

In terms of ideological identification, the poll found double the amount of Democrats identify themselves as “socialist” (21 percent) compared to all Americans (nine percent).

Similarly, more than double the number of Americans (30 percent) viewed themselves as “capitalist” compared to Democrats (14 percent). 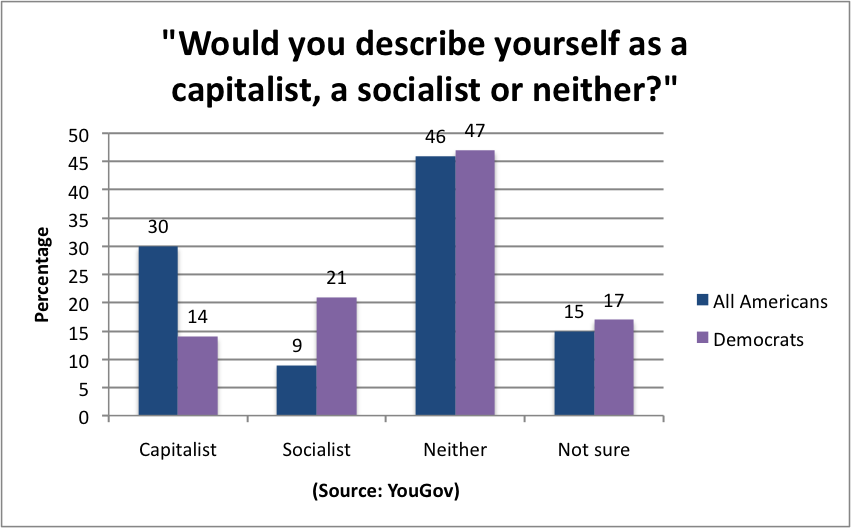