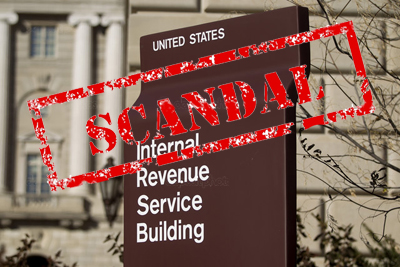 The summary opinion at the beginning of the ruling, written by Judge Raymond Kethledge, was bad for the IRS - and it went downhill from there:

Among the most serious allegations a federal court can address are that an Executive agency has targeted citizens for mistreatment based on their political views (...). The allegations are substantial: most are drawn from findings made by the Treasury Department’s own Inspector General for Tax Administration. Those findings include that the IRS used political criteria to round up applications for tax-exempt status filed by so-called tea-party groups (...) Yet in this lawsuit the IRS has only compounded the conduct that gave rise to it. (...) The lawsuit has progressed as slowly as the underlying applications themselves: at every turn the IRS has resisted the plaintiffs’ requests for information regarding the IRS’s treatment of the plaintiff class, eventually to the open frustration of the district court. (...) The district court ordered production of those lists, and did so again over an IRS motion to reconsider. Yet, almost a year later, the IRS still has not complied with the court’s orders. Instead the IRS now seeks from this court a writ of mandamus, an extraordinary remedy reserved to correct only the clearest abuses of power by a district court. We deny the petition.

The case involves the IRS scandal where the tax agency targeted conservative organizations by delaying their applications for 501(c)(3) status and, in a few cases, shared their donor information.

One of the targeted organizations, NorCal Tea Party Patriots, is leading a class action lawsuit against the IRS, claiming the tax service violated their First Amendment rights by punishing them for their constitutionally-protected political ideas.

As part of the discovery process for the suit, the plaintiffs asked the IRS to turn over its be-on-the-look-out (BOLO) list of organizations flagged for additional review, as a way to prove that the groups targeted shared a conservative ideology. They also wanted the names of the IRS employees who developed the BOLO list and the targeting program as they, too, are defendants in the case. They are now being identified as John and Jane Does.

The judge strongly disagreed in his ruling:

6103(b)(2)(A), does not entitle the IRS to keep secret (in the name of “taxpayer privacy,” no less) every internal IRS document that reveals IRS mistreatment of a taxpayer or applicant organization—in this case or future ones. Section 6103 was enacted to protect taxpayers from the IRS, not the IRS from taxpayers.

Judge Ketheridge dealt a final slap at both the IRS and its Justice Department lawyers as he turned down their motions to get out the tax agency out of delivering the essential information:

In closing, we echo the district court’s observations about this case. The lawyers in the Department of Justice have a long and storied tradition of defending the nation’s interests and enforcing its laws—all of them, not just selective ones—in a manner worthy of the Department’s name. The conduct of the IRS’s attorneys in the district court falls outside that tradition. We expect that the IRS will do better going forward.

NorCal Tea Party Patriots and its fellow plaintiffs are asking the court to award damages from the IRS and the involved employees, "including but not limited to, its costs of complying with additional requests for information, loss of donors and membership fees for the delay, uncertainty, and intrusiveness, the cost of litigation, and reasonable attorney’s fees." Additionally, they are requesting "damages for violation of its constitutional rights."

It is important to note that, when the Obama Justice Department investigated the Obama Internal Revenue Service about the targeting scandal, they found no criminal wrongdoing by the Obama administration.