James Woods sounded off in disbelief when he tweeted about Johnny Depp's recent comments about assassinating President Trump.

Speaking on Thursday at the Glastonbury arts festival in southwest England, Depp asked the audience, “Can you bring Trump here?”

"When was the last time an actor assassinated a president?," Depp  continued. "I want to clarify: I’m not an actor. I lie for a living. However, it’s been awhile, and maybe it’s time." 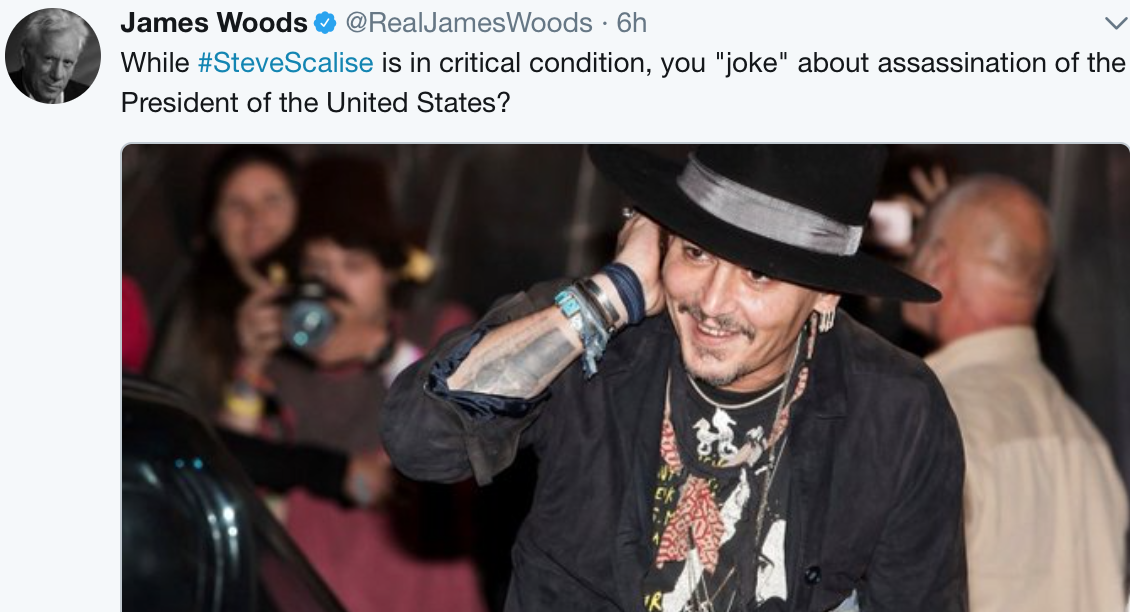 Shortly after, Woods tweeted: "While #SteveScalise is in critical condition, you 'joke' about assassination of the President of the United States?"