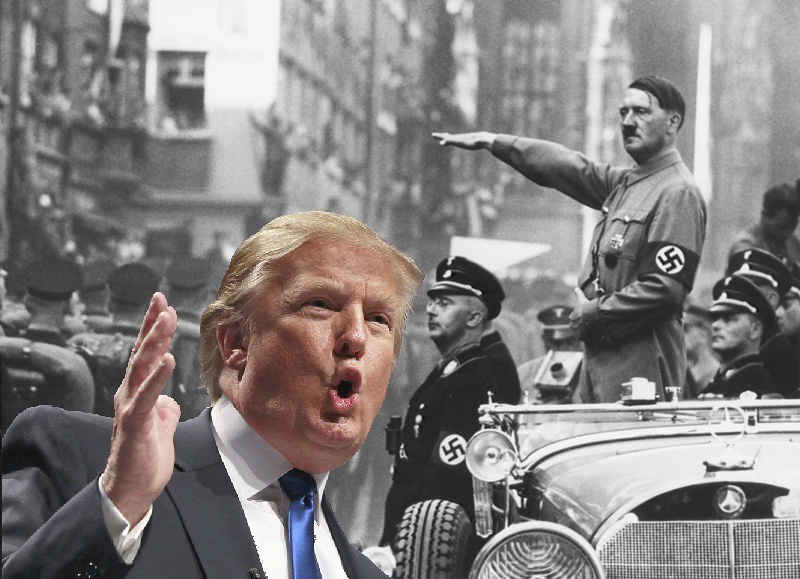 You’ve heard it for at least months now: “Trump is Hitler! Republicans are Nazis! Trump is a Nazi! Conservatives are fascists! Trump is a fascist!”

It’s getting old, and it’s already become a tired argument by liberals to shut down any conversation that includes anything they might disagree with.

A writer for the Independent Journal Review (IJR) decided to see if there was any merit to the assertion from the Left that they are angels and everyone else is the devil.

The writer interviewed Inga Andrews, who was born during the Hitler era. He wanted to get her take on whether the comparisons of Trump, Republicans, and conservatives to fascism has a modicum of truth to it.

What is going on in this country is giving me chills. Trump is not like Hitler. Just because a leader wants order doesn't mean they're like a dictator.

What reminds me more of Hitler than anything else isn't Trump, it's the destruction of freedom of speech on the college campuses — the agendas fueled by the professors.

That's how Hitler started, he pulled in the youth to miseducate them, to brainwash them, it's happening today.

See what Andrews did there? She actually used common sense to compare two people instead of resorting to name-calling that liberals constantly use when they have no substantive argument.

Andrews delved into the topic of how college campuses across the U.S. have become nothing more than indoctrination centers for the left. According to Andrews, it's reminiscent of Germany, circa 1936.

Professors shouldn't be telling their students to go after freedom of speech. They should be telling them that this is the greatest country in the world.

The demonstrators can't tell you why they're demonstrating. I'm not a Republican. I'm not a Democrat. I just want the country to be at peace.

I encountered this a lot when covering the presidential iauguration and the Women’s March on Washington. People were there to protest and voice their displeasure over an election a lot of them didn’t even vote in. So many had so many different issues they were protesting that the overall message, whatever it was, got diluted and lost its meaning.

The Hitler-era survivor then reiterated how the side that calls Trump, Republicans, and conservatives fascists are the ones carrying out true fascism.

I see what is happening here reflecting some of the things we saw in Germany, and it's terrifying. It's sad. But it's not because of Trump. It's because of poor education.

Trump is not like Hitler. The theory that he is is propaganda. Yes, I lived through some of Nazi Germany, but all you have to do is read some books about that period to see how wrong that theory is.

Calling or comparing someone to Hitler, Nazis, or real fascists is a tool the left frequently use in order to shut down debate. They do it because it’s easy and doesn’t require any rational thought.

But that’s our fault for thinking that rational thought, compromise and unity are things radical liberals actually want.