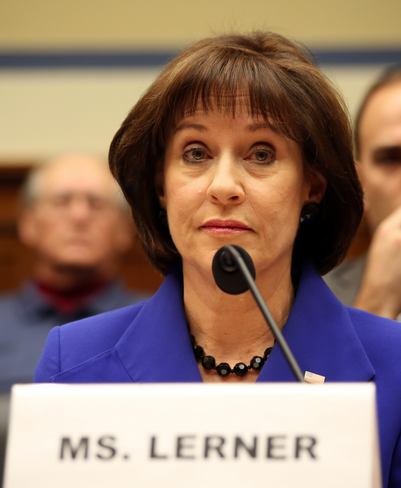 A federal judge has ordered Internal Revenue Services (IRS) to provide a status report on the so-called "irretrievable" emails of Lois Lerner and other IRS officials, a Judicial Watch press release obtained by MRCTV reveals.

Not only did U.S. District Court Judge Emmett Sullivan demand the IRS answer to the once "lost" and now "found" correspondences by June 29, but he also scheduled a hearing for July 1 to discuss the agency’s recurrent failures to comply with two-years-old Freedom of Information Act (FOIA) requests.

The press release reads as follows:

“The IRS had already responded to a prior June 4 Sullivan order requiring the IRS to provide answers by June 12 on the status of the Lerner emails the IRS had previously declared lost. Judge Sullivan issued the order after Judicial Watch raised questions about whether all of the emails recovered by the Treasury Inspector General for Tax Administration (TIGTA) had been turned over to the IRS, and if so, whether the IRS had duly processed the documents.

“In its response filed June 12, the IRS declared it was in ‘the process of conducting further manual deduplication of the 6,400’ emails, even though officials from TIGTA have stated they have already identified and removed emails that are duplicates.

“Contrary to previous agency claims that the emails were lost and unrecoverable, the IRS finally admits that it has as many as 6,400 new Lerner emails but won’t promise to release them…

“On June 15, Judicial Watch attorneys responded with a court filing that demanded that the IRS should stop stonewalling and turn over the records it says it now has:

‘Judicial Watch respectfully requests that the Court order the IRS to start producing any exempt, responsive emails contained within the 6,400 emails immediately and disclose whether they are all or a subset of the recovered emails from the 1,268 backup tapes.’

“Judicial Watch’s briefs highlight how the Obama IRS has no response to our well-founded accusations that it lied to Judicial Watch, the court, and to Congress. In addition to withholding key information about Lerner’s ‘lost and found’ emails, the Obama IRS:

‘does not refute in its seven-page Response that the Treasury Inspector General for Tax Administration (TIGTA) was able to locate the Lois Lerner backup tapes within one day of its investigation or that the IRS never requested the backup tapes from its technicians before declaring that the emails were lost forever.’

“In response, not only did Judge Sullivan order the IRS provide a status report on the ‘lost’ IRS emails but into his court for a hearing on July 1 to discuss the notices."

The emails in question have bearing in an ongoing lawsuit filed by the Judicial Watch regarding the IRS Tea Party targeting scandal which first came to light in 2012.

“Our attorneys battling the IRS in several federal courts are doing more than Congress, the traditional media, or the Justice Department to hold the Obama IRS to account for its outrageous conduct,” said Judicial Watch President Tom Fitton.

“Barack Obama and his corrupt allies in Washington may think using the IRS to harass, audit, and intimidate Obama’s opposition so he can steal an election is no big deal.

"Judicial Watch is in federal court to remind the Obama gang, which is still abusing the power of the IRS, that the rule of law still applies to them,” he fired.