Ben & Jerry’s is up to no good again with another unique flavor of lefty activism. This time the bastards behind infantile ice cream flavor names like “Chunky Monkey” and the politically-charged “Pecan Resist-ance” are taking their fight to Israel on behalf of their friends, Palestinian activists. 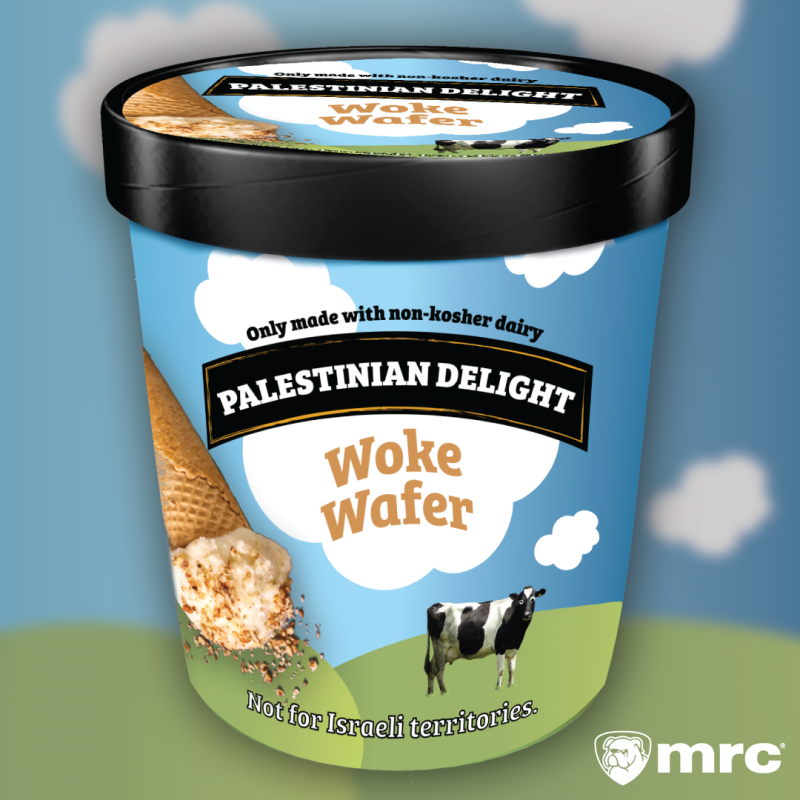 In an ignorant and anti-Semitic act, the woke ice cream company Ben & Jerry’s decided to end their business in the West Bank and other Israeli territories that Palestinians – and Palestinian terror group Hamas – believe belong to them.

According to Reuters, the company decided to not renew its contract to sell its product in the Israeli territories after the contract ends next year. The outlet reported that the Unilever subsidiary company bowed to “Palestinian pressure campaigns.”

Ben & Jerry’s, which was started in Vermont, had been licensing its products in the West Bank for more than thirty years. The company stated on its website that while they will be done selling in Israeli settlements in which Palestinians say they’re oppressed, they will, “however, stay in Israel under a different arrangement, without sales in the Palestinian territories.”

However, NBCnews.com reported that that statement sparked a dispute between the parent company Unilever and the Ben & Jerry's board as the latter wanted no mention of continued ice cream sales in Israel whatsoever. It seems like Ben & Jerry's really wants to go full BDS (Israeli boycott, divestment and sanctions) and get out of Israel altogether, although that hasn't officially happened yet.

Well, of course. Why wouldn’t the smug activist brand succumb to this woke BS? They loved the rearrangements Black Lives Matter and Antifa made to major American cities.

In fact, as Reuters reported, the BDS movement applauded Ben & Jerry's "finally bringing its policy on Israel’s regime of oppression against Palestinians in line with its progressive positions on Black Lives Matter and other justice struggles."

As far as we’re concerned, if the frozen treats company wants to make such an anti-Israel claim and reward people who want the demise of the Jewish nation, they should be kicked out of Israel entirely.

“From the river to the sea, Israel should be free … of overpriced, far left-sucking Ben & Jerry’s,” is more like it.

Recently elected Israeli Prime Minister Naftali Bennett, who of course stands firm by his nation’s acquisition of the West Bank in 1967, flat out called the ice cream company’s move “morally wrong.” He’s right. It ignores history and provides cover to groups like Hamas that want the death of innocent Israelis along with the destruction of their nation.

Speaking of, Palestinian Liberation Organization Senior Member, Wasel Abu Youssef lauded the company’s decision, saying, “We welcome the decision of any company to stop its work and investments in Israeli settlements.” Yeah, no surprise there. Ben & Jerry’s is a friend to any and all violent, far left revolutionary movements.

On the other hand, PM Bennett encouraged Israelis to maybe expand their ice cream options since the Vermont company’s decision. He stated, “There are many ice cream brands, but only one Jewish state.” That’s a tough choice, isn’t it? Do Israelis want a safe, autonomous nation free of Palestinian terror or do they want pints of “Cherry Garcia?” Oh, the dilemma.

The Israeli Foreign Minister said he will be asking U.S. states that have passed anti-BDS laws to enforce them against Ben & Jerry's.

Another Reuters article said there is already backlash stateside with "some smaller grocery chains operating in the New York metro area, which has a large population of Jewish residents, saying they would either reduce or remove Ben & Jerry's products from shelves."

Well, to hell with Ben & Jerry’s. What are they going to do in response to being rebuffed by Israel’s government and Jewish supporters? Start selling tubs of Tel Aviv Rocket Road?