8 of the Strangest Musical Instruments You've Never Heard Of

Music these days comes in many different forms. We have country, rock, hip-hop, bluegrass, reggae and many other genres. But perhaps some of the greatest creativity in the music scene comes from the instruments musicians can create.

So we’ve compiled a list of some of the strangest instruments we could find. Some are actually quite beautiful, while others are just strange to both the eye and ear.

1.)  Instruments Made From Vegetables

There are a plethora of videos out there of people not only creating but legitimately playing instruments made out of edible material.

For example, check out this man who made a miniature clarinet out of a carrot and actually played a tune with a tone you wouldn’t expect out of something he plucked out of the dirt.

The video below will explain to you how the instrument doesn’t actually use pipes, but instead relies on an electrical pulse to a rubber tip that then taps the crystal inside the stalagtite to vibrate and produce the tone.

One of the more haunting instruments you’ll see on this list, the pipe tree is a wind-powered sound sculpture overlooking Burnley in Lancashire, England.

The RimbaTubes were built by musician Kent Jenkins, who is obviously a fan of the Blue Man Group. The tubes are made of PVC pipes that make play different notes when struck with rubber-like paddles depending on the length of the pipe.

How he fine-tuned the process is beyond us, but seeing and hearing is believing. 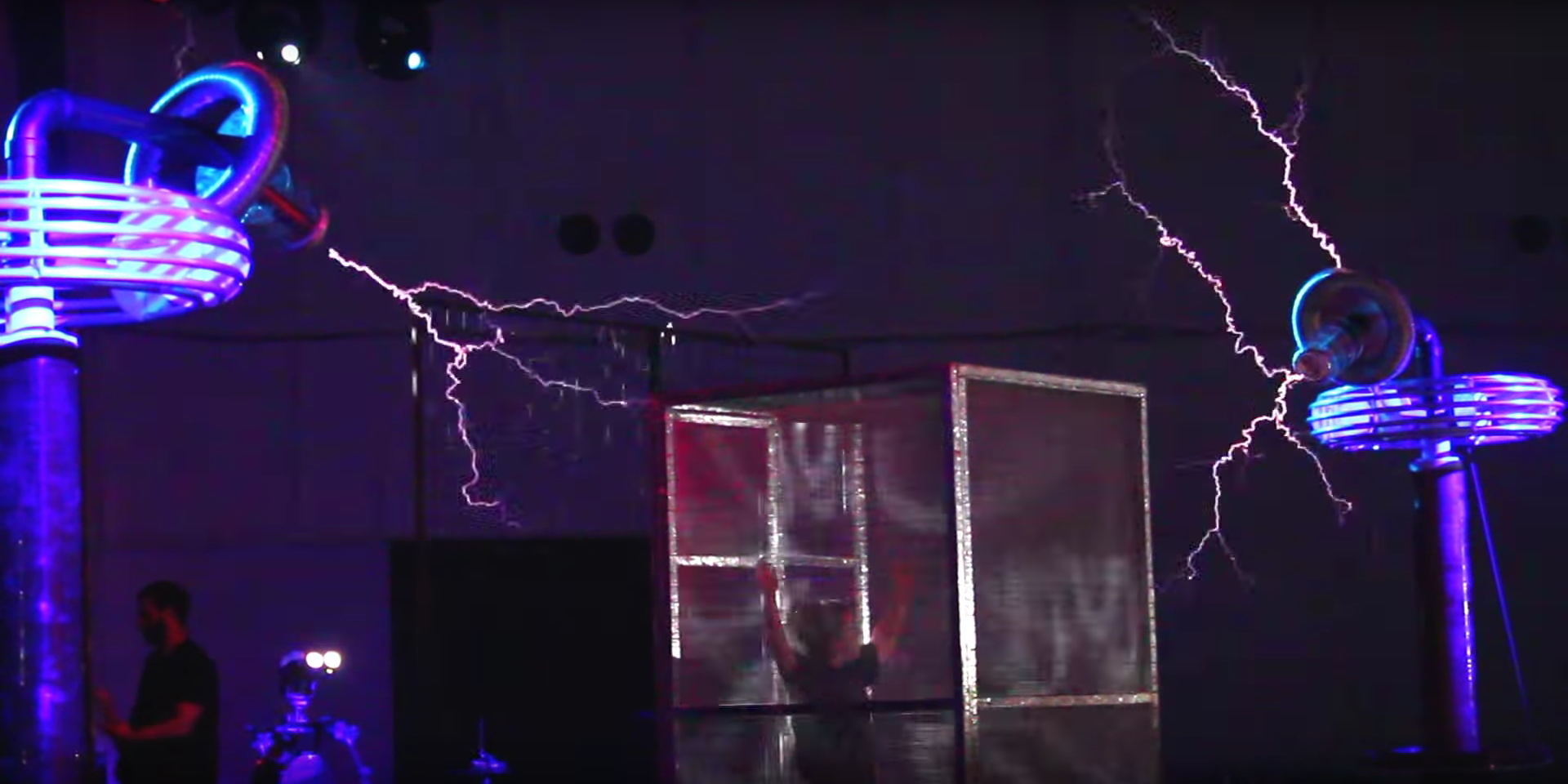 Otherwise known as a zeusaphone named after the Greek thunder god Zeus, these angled Tesla coils act as a form of plasma speaker that have been modified to play musical tones by modulating the power output. The result sounds like a lot like a synthesizer, just with heavy electric buzz overtones.

You’ll hear the coils play one of the most iconic songs in film history in the video below -- but don’t worry about the kid in the Faraday cage. It’s a grounded metal screen that is used to shield whatever’s inside from electrostatic or electromagnetic energy.

Despite the fact that you may not know what the water phone is, you are likely familiar with the sounds it can make, especially if you are a fan of horror films. It’s built with a steel, water-filled resonater pan, a cylindrical neck and bronze rods of different lengths and degrees of thickness.

The sound is actually so much like that of a whale’s call that the instrument has been successfully recorded attracting orcas to its strange music.

Created by America’s own Benjamin Franklin in 1762, the glass armonica was inspired by a performance that used a set of water tuned wineglasses. So enchanted was Franklin that he endeavored to create “a more convenient” arrangement. Franklin first called the invention the “glassychord” but later changed it to armonica after the Italian word for harmony - armonia.

The armonica was a hit and even had pieces written for it by Mozart, Beethoven and many others. Unfortunately, they had no way to amplify the sound to fill larger concert halls and the instrument was eventually abandoned.

The theremin was invented in 1919 by Russian physicist Lev Termen before he came to the U.S. and became Leon Theremin. The instrument is unique in the fact that it requires no physical contact to be played. Two antennas protrude from the theremin, controlling pitch and volume.

As the musician's hands come closer to each antenna, the pitch gets higher or softer. Because there is no physical contact, it takes an incredibly skilled and practiced musician to artfully use the theremin.

As if the theremin weren’t strange enough, some people decided to shove the dang thing into a stuffed badger. See this crime against nature in the video below.