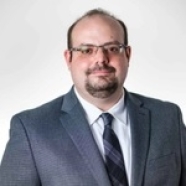 Kyle Drennen is the Media Research Center's Associate Editor of NewsBusters and previously served as the MRC's Senior News Analyst.

His media analysis has been cited by nationally syndicated radio hosts Rush Limbaugh and Mark Levin, as well as media outlets including Fox News, The Washington Post, The Wall Street Journal’s WSJ.com, The Washington Times, Washington Examiner, Politico, National Review, among others.

Kyle joined the MRC in 2007 after graduating from Providence College with a Bachelor of Arts degree in history and political science. Prior to that, he interned at the MRC in the summer of 2005. He lives in Northern Virginia and can be contacted via email at kdrennen@mrc.org. 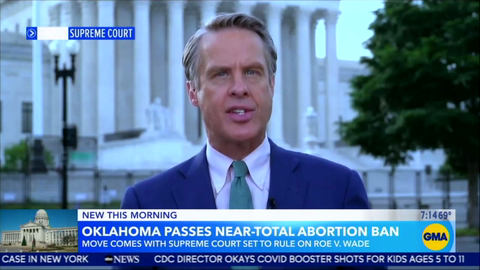 Nets Panic Over ‘Extreme’ Pro-Life Laws, Nothing is Too Pro-Abortion
Kyle Drennen

On Thursday evening and Friday morning, NBC, ABC, and CBS were in full panic mode over Oklahoma passing “the most restrictive abortion law in this country.” ABC’s Good Morning America went so far as to wail that there was “a race among the states to pass the most extreme law restricting abortion.” However, none of network coverage examined some of extreme pro-abortion laws in leftist states across the country. 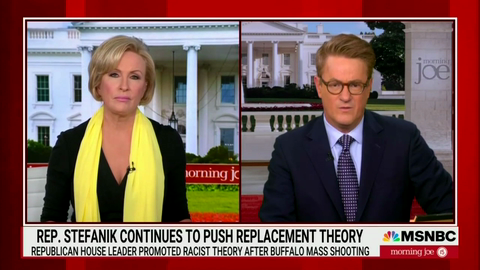 On MSNBC's Morning Joe Tuesday, the crew of left-wing hosts and pundits claimed the Republican Party was to blame for the horrific mass shooting at a grocery store in Buffalo and ranted that GOP elected officials were "scared" to "reject racism." 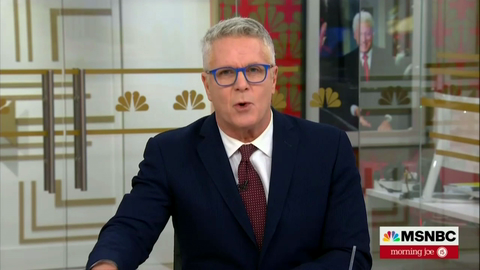 On MSNBC’s Morning Joe Wednesday, unhinged leftist and supposed marketing expert Donny Deutsch actually admitted that Democrats could not run on the poor economy heading into the midterm elections. Instead, he demanded his fellow Democrats just “scare the bejesus out of people” by repeatedly smearing the Republican Party as racist. 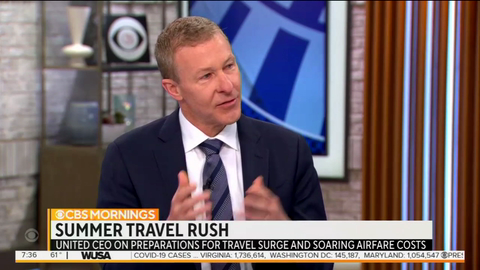 During a segment about the busy summer travel season that should have been free of politics on Tuesday, CBS Mornings hosts pestered the CEO of United Airlines on whether he had “an obligation” to help his employees get abortions if the Supreme Court overturns Roe v. Wade. They also urged him and other business leaders to “speak out about controversial political issues.” 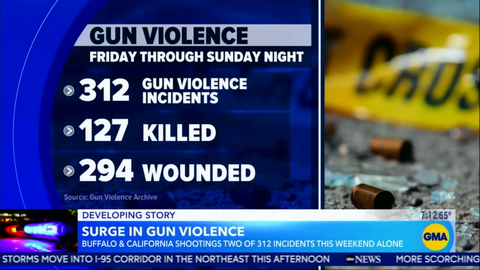 On Monday, ABC’s Good Morning America quickly exploited the horrific shooting at a Buffalo grocery store on Saturday to push President Biden’s anti-gun agenda and suggest “politicians and the members of the media,” like former President Donald Trump, were responsible for “an epidemic of violence and hate in this nation.” 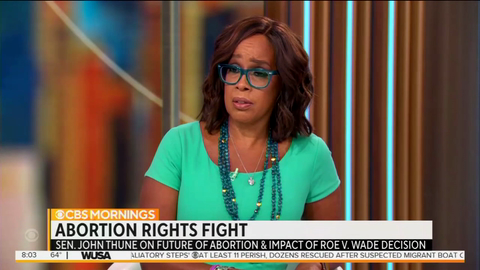 During an interview with Republican South Dakota Senator John Thune on Friday’s CBS Mornings, the hosts repeatedly pressed the GOP lawmaker on his pro-life positions. At one point, fill-in co-host Dana Jacobson even suggested that the abortion debate focused too much on the rights of unborn children and not enough on women. 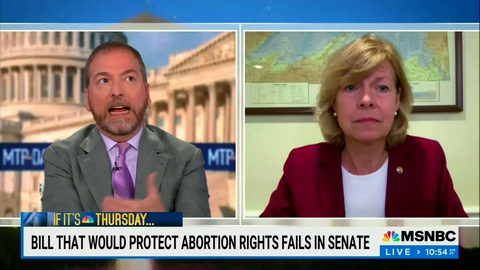 On MSNBC’s soon-to-be-streaming-only MTP Daily Thursday afternoon, host Chuck Todd fretted to Wisconsin Democratic Senator Tammy Baldwin about the failure of Democrats to pass radical pro-abortion legislation in anticipation of the Supreme Court overturning Roe vs. Wade. However, unbelievably missing from the softball chat was any mention of the pro-abortion terrorism perpetrated against a pro-life organization in the Senator’s own state. 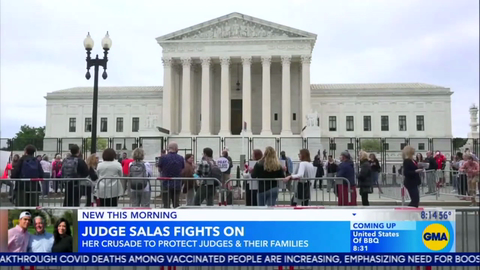 One day after telling Fox News anchor Dana Perino that seeing Supreme Court justices and their families being harassed by mobs of left-wing protesters at their homes makes her “want to cry,” federal judge Esther Salas appeared on ABC’s Good Morning America to reiterate that point and demand Congress pass legislation to protect the judiciary. The appearances by Judge Salas come nearly two years after her son was murdered and her husband seriously wounded in an attack on their home. 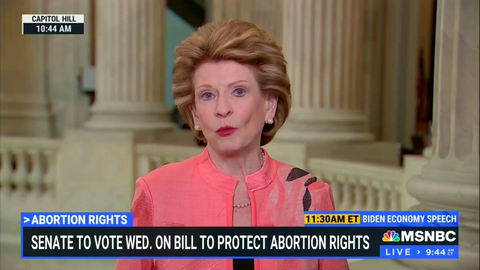 On Tuesday, MSNBC anchor Jose Diaz-Balart conducted a friendly interview with Michigan Democratic Senator Debbie Stabenow and teed her up to bemoan the possibility of the Supreme Court overturning Roe v. Wade. However, completely missing from the softball exchange was the host asking the left-wing lawmaker to condemn pro-abortion activists firebombing and vandalizing the offices of a pro-life organization in her neighboring state of Wisconsin. 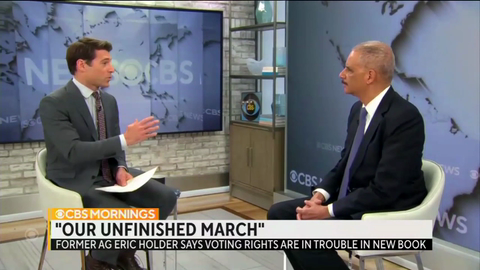