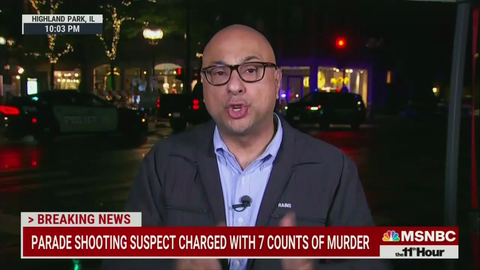 Even though Highland Park, Illinois, mass shooter Robby Crimo purchased his guns in-state, MSNBC on Tuesday night made it sound like he might have gotten them from another state where it's easier to buy guns, as Ali Velshi complained about guns being brought in from other states. 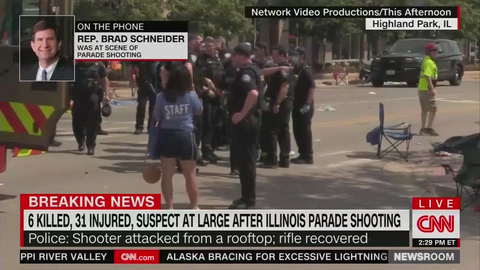 On July 4th afternoon, in the immediate aftermath of the shooting attack on a Highland Park, Illinois, parade, CNN and MSNBC both gave an unchallenged forum to Congressman Brad Schneider to call for new gun laws that turned out to be not even relevant to the attack. 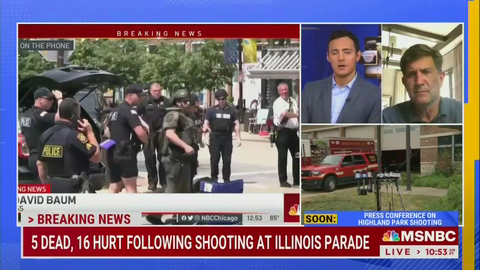 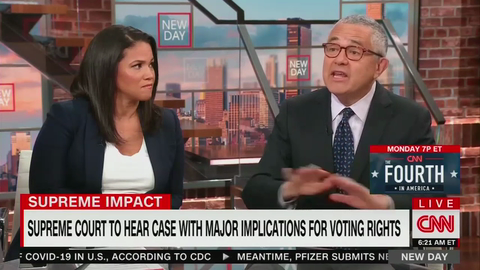 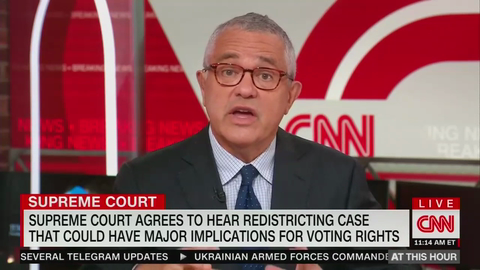 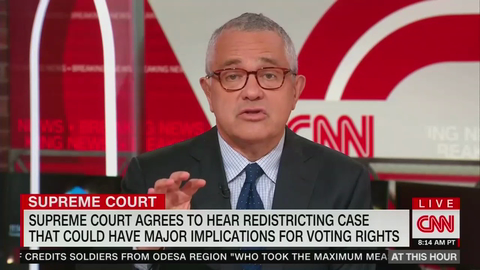 Over the past couple of days, CNN legal analyst Jeffrey Toobin has been giving a preview of how journalists and other liberals are going to keep trying to blame gerrymandering for Republican power no matter what the facts are. 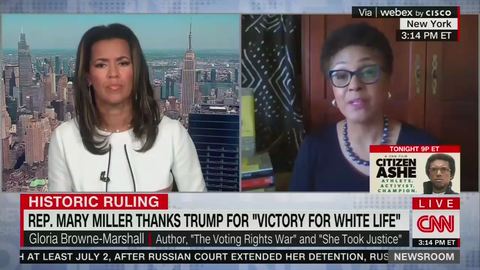 In the aftermath of the Supreme Court overturning Roe v. Wade, CNN host Fredricka Whitfield has so far twice given air to racially tinged trash talk against pro-lifers. 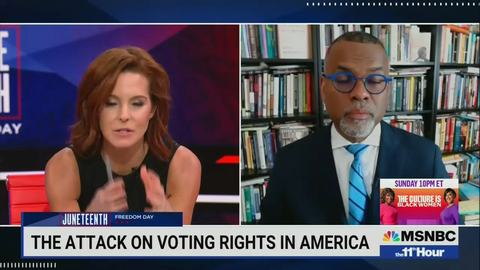 On Friday's The 11th Hour show on MSNBC, frequent guest and contributor Eddie Glaude made an over the top metaphor comparing the passage of voter ID laws to white supremacists choking a baby with an umbilical cord -- an especially peculiar choice of words given that the liberal network has stridently supported the actual killing of unborn babies by Planned Parenthood. 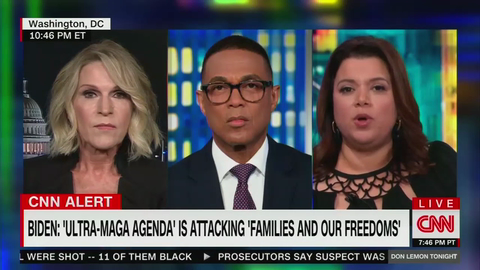 On Wednesday's Don Lemon Tonight, CNN commentator and liberal Republican Ana Navarro got her latest opportunity to  trash her own party over gay rights as she blamed Republicans for inspiring an alleged plot to riot against a gay pride parade in Idaho. 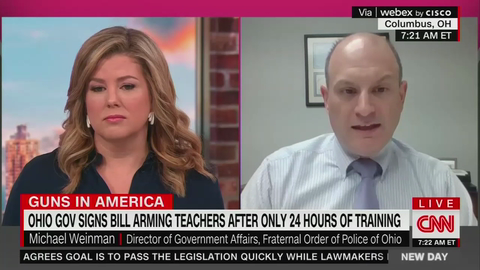