"We need to SHAME Disney," Sanders says in the video.

According to Sanders, the Disney CEO Bob Iger makes up to $423 million. An interesting statistic, considering how much Disney likes to promote their "progressiveness." 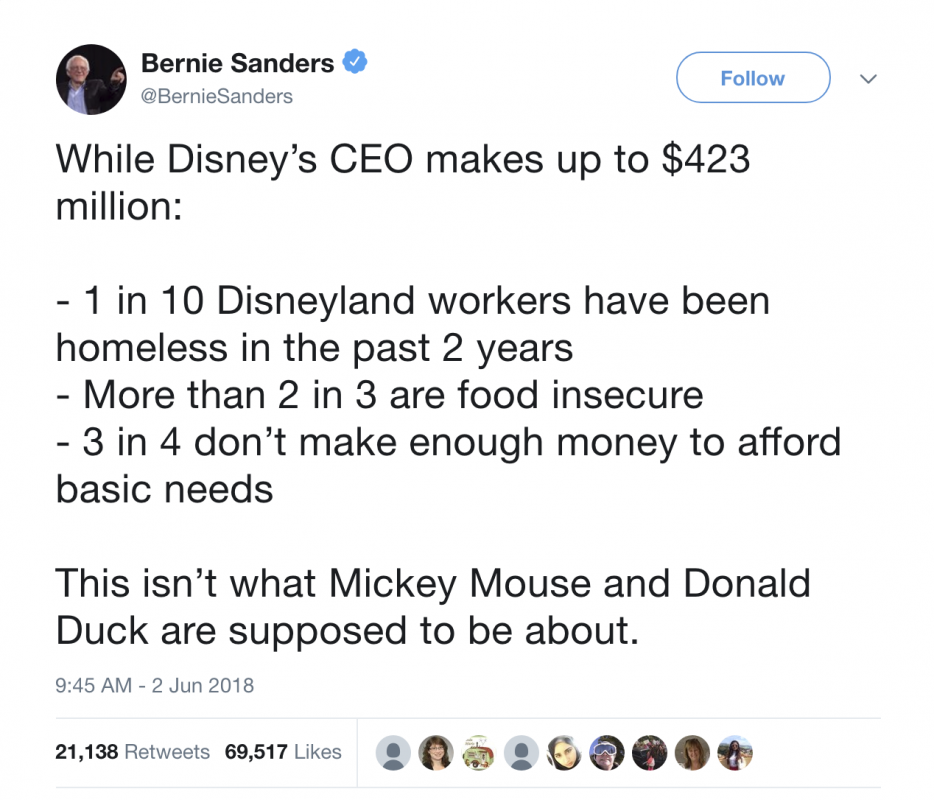