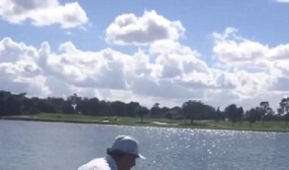 During a recent golf outing, hockey legend Jeremy Roenick flirts with death when he attempts to tackle a live alligator with his bare hands.

Roenick's crazy idea was all caught on video by his friend and Sportsradio 94WIP morning show host Keith Jones and was shared on Twitter yesterday.

The video shows Roenick slowly creep up behind the monster gator and then throw himself on top - but the gator slips through his grasph as it quickly skirts away into the water.

Watch the madness for yourself below! 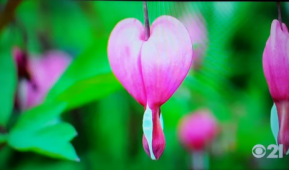 Occasionally, a contestant on Jeopardy! adds a welcome laughter and joking atmosphere to the show’s often serious tone. This is definitely one of those moments.

The Final Jeopardy question asked was: “The flower pictured here is called this, also a disparaging term for people on the political left.” 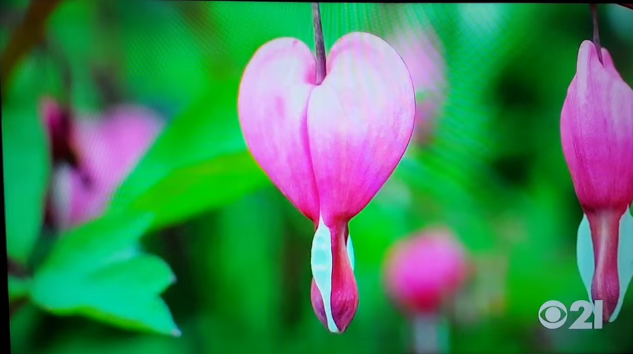 A contestant from Kansas City, Becky Sullivan, has such a funny answer to the question that even host Alex Trebek had to laugh. [intermarkets_ad]

The host replied to Sullivan’s answer cautioning her:

And what was this so hilarious answer? 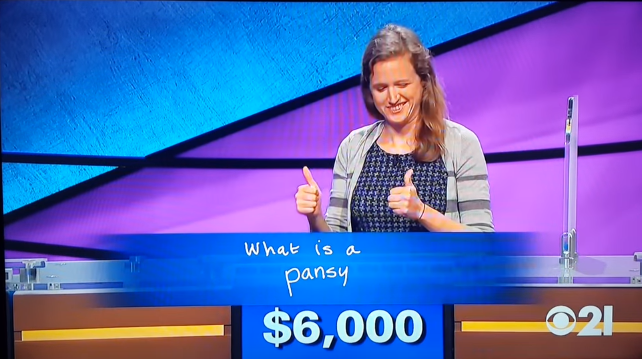 Alas, her answer was wrong - the correct one being "Bleeding Heart."

But, let's be real, she totally got ripped off. Who really cares about the actual flower's name, she replied correctly in our eyes. Give her the money already! 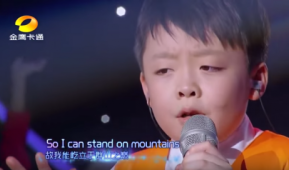 0
Watch: Incredible Cover of 'You Raise Me Up' by Two Children
Claire.Lejeune

It's not often a video of two children can impact people so strongly, but this one is sure to bring you to tears.

This video below features two young talented kids who deliver a mesmerizing version of the famous song “You Raise Me Up,” which was originally composed by the duo Secret Garden in 2002. This song was a hit in UK soon after its release and gained massive popularity after Josh Groban covered it in 2003. Since its first release, more than a hundred artists have tried their hands at covering this song. However, not many covers come close to the beauty and perfection of this one.

Ten year-old Li Chengyu and 7 year-old Tan Zhi Yun are simply fantastic. They sang this world famous song in a Chinese program named “China’s New Generation Of Sound” and spellbound everyone with their voices. 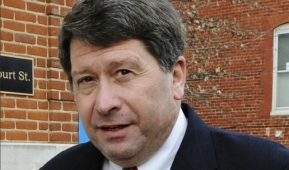 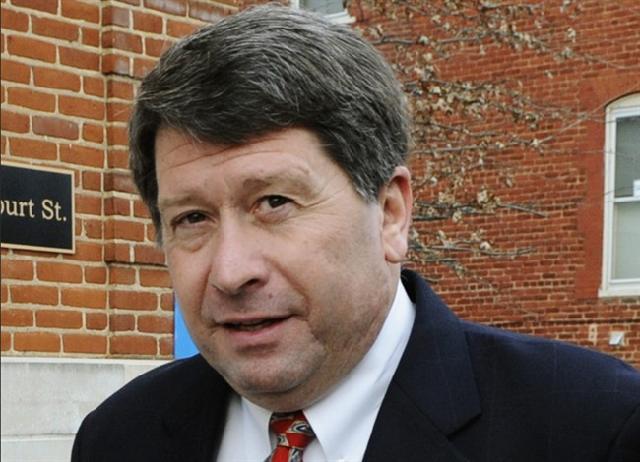 ALBANY, Ga. (AP) — The latest developments in the sentencing of a former peanut company executive convicted in a deadly salmonella outbreak from 2008 and 2009.

Relatives of Americans whose deaths were linked to salmonella-tainted food from a Georgia peanut plant are applauding stiff prison sentences imposed on the plant's owner and two others.

Former Peanut Corporation of America owner Stewart Parnell was sentenced to 28 years in prison by a U.S. District Court judge Monday. Randy Napier, whose 80-year-old mother died from salmonella poisoning after eating the company's peanut butter, said the punishment should "send a message to the other manufacturers" of American foods.

Defense attorney Tom Bondurant said 28 years in prison would be a life sentence for 61-year-old Parnell. Parnell and his two co-defendants plan to appeal.

The outbreak in 2008 and 2009 was blamed for nine deaths, sickened hundreds more and triggered one of the largest food recalls in U.S. history.

The brother of a former peanut company executive has been sentenced to 20 years in prison for his role in a deadly salmonella outbreak.

Stewart Parnell was sentenced Monday to 28 years in prison for knowingly shipping contaminated peanut butter and faking results of lab tests intended to screen for salmonella. 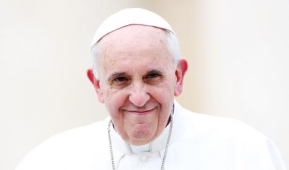 0
How Well Do You Know Pope Francis?
Claire.Lejeune
Hundreds of yhousands are expected to see Pope Francis when he visits the US. Pope Francis starts his visit to the USA on Sept. 22 and plans to stop in several major U.S. cities. 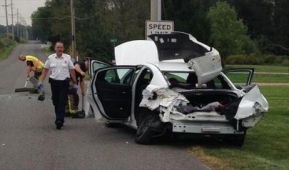 0
Woman Causes Accident by Jumping From Car - But, Why?
Claire.Lejeune

An Indiana woman leaped from her moving car last Friday when she spotted a spider crawling on her shoulder. According to the The Associated Press reports, this ultimately resulted in a car wreck.

According to the Kosciusko County Sheriff's Department, Angela Kipp, 35, of Syracuse was driving her car with her 9-year-old son in the back seat. As she was backing out of her driveway, she saw a spider and panicked.  The mother then jumped from the car as it was in reverse.

According to authorities, her son reportedly moved into the front seat and tried to stop the vehicle, but he accidentally hit the gas pedal - sending the Dodge Avenger into a passing Wawasee Corporation School bus.

The boy was found lying outside the Dodge Avenger when police arrived. He was transported to Goshen General Hospital in stable condition with minor head injuries. No children were on the bus, and its driver, Becky Dunithan, 62, of Syracuse, wasn’t injured, police said. 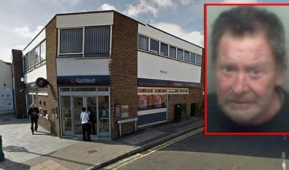 0
World's Stupidest Bank Robber Has Money Deposited Into His Own Bank Account by Cashier
Claire.Lejeune 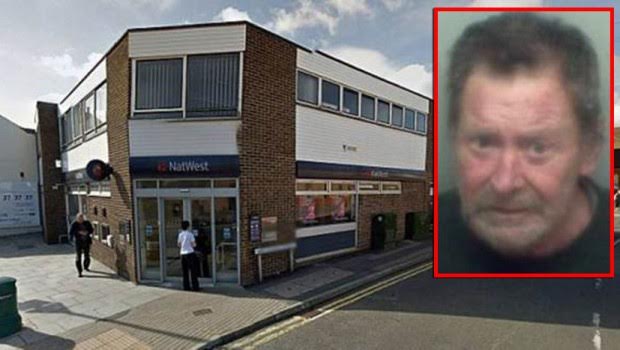 This has to be one of the stupidest bank robbers ever.

Paul Neaverson, 61, walked in to a branch of NatWest in Rainham, Kent and attempted to rob the bank teller at knife-point. He told her to get 500 pounds and either put it on the counter or, in an effort to streamline the process, put the money directly into his account.

Maybe not the best idea, man...

Police say the bank teller had immediately pushed the panic button the minute she saw the knife, but by the time Neaverson was giving her his account information he had put the knife back in his pocket. [intermarkets_ad]

Another customer saw what was going on and somehow got the knife away from him.

Neaverson left and tried the same thing with another weapon at a nearby HSBC. But he fled from that robbery without any money after the cashier claimed he did not have £500 in the till.

Neaverson was finally arrested at the scene after police were called to the branch, reports the Daily Mail.

And why did he do it? Because he needed money to book a flight to Corfu for a job interview as a golf coach. Of course.

Danny Moore, defending, told the court Neaverson had never been in trouble with the law before and that his attempt to become a bank robber was "ridiculous".

He said: "It was ridiculous. It only had one ending - and here it is. He has led a law-abiding life and now finds himself staring down the barrel of a very long sentence indeed." 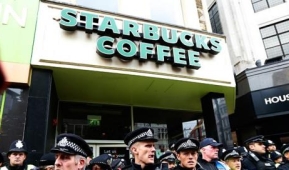 A downtown Philadelphia Starbucks has been the center of controversy this past weekend after a Facebook post alleging that an employee of the coffee shop refused to allow a uniformed Philadelphia Police sergeant to use the restroom went viral.

The post, which does not identify the sergeant in the story, says he walked into the Starbucks at 13th and Chestnut streets and asked to use the restroom. The employee, according to the post, "State[d] in a loud voice ... that the bathroom is for paying customers only." The post goes on to say that the sergeant asked politely to use the restroom anyway, and that the Starbucks employee declined to grant access.

An officer who knows the sergeant, Officer Joe Leighthardt, was the first to share his fellow officer's post about the incident, which happened Thursday or Friday of last week. Although Leighthardt has supposedly never been to that Starbucks location as a customer, he has been there several times on calls for service.

"I didn't intend for it to go viral," Leighthardt said, adding that most people who have responded to the post have been supportive. 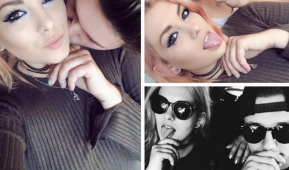 New Yorker Emily Musson is your typical teenager, she constantly posts status updates to Twitter and other social media sites, complete with pictures.

Some of these pictures can be perceived as a bit scandalous, featuring her with her tongue out or cuddeling up to her boyfriend.

Her parents decided to poke a little fun at her proclivity to “overshare” on social networks. 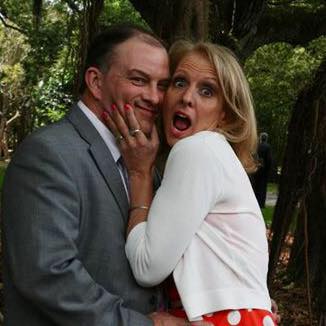 They recreated several of her “sexy” pics, substituting themselves in for their daughter and her boyfriend.

Here are the originals: 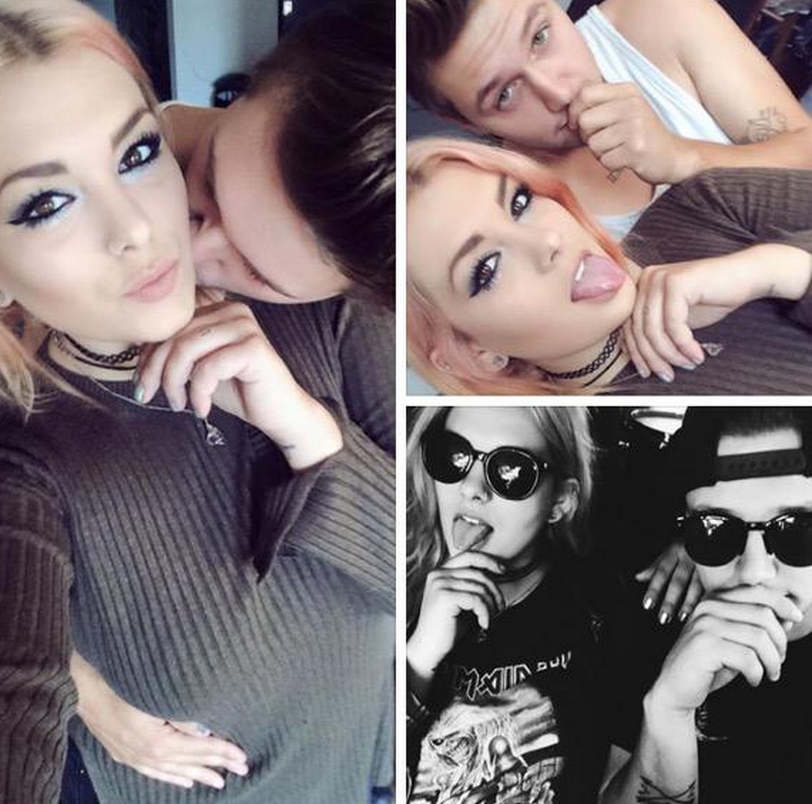 Here are her parents viral recreations! 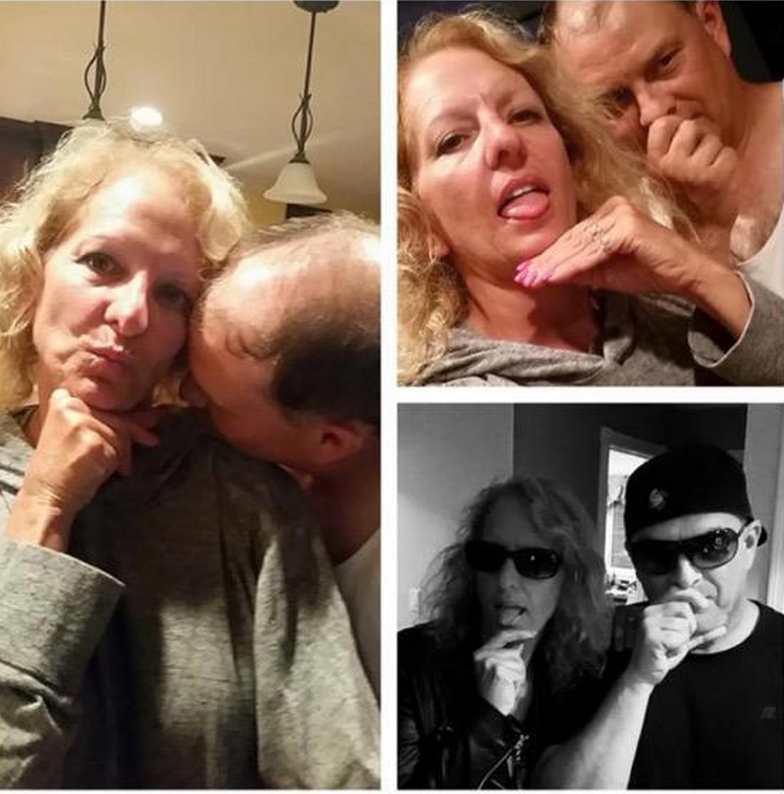 As one would expect, Emily was not too fond of the pictures. 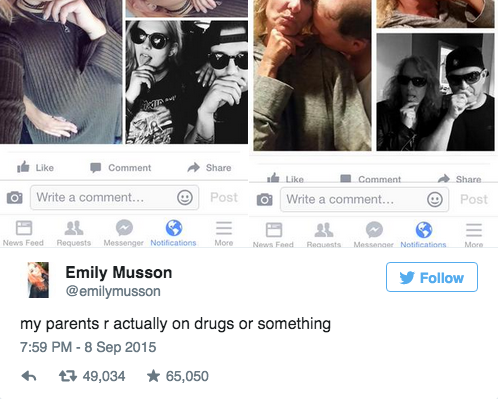 However, after the photos racked up over 50,000 likes on the popular social network, she had to relent.

However her Mom seems to be eonjoying her 15 seconds of fame very much.

Beware kids, your parents see what you're doing on social media! You never know how they might react! 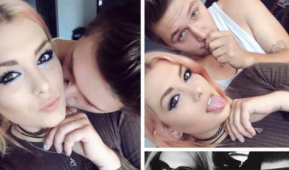 New Yorker Emily Musson is your typical teenager: she constantly posts status updates to Twitter and other social media sites, complete with pictures.

Some of these pictures can be perceived as a bit scandalous, featuring her with her tongue out or cuddling up to her boyfriend.

Her parents decided to poke a little fun at her proclivity to “overshare” on social networks.

They recreated several of her “sexy” pics, substituting themselves in for their daughter and her boyfriend.

Here are the originals:

Here are her parent's viral recreations!

As one would expect, Emily was not too fond of the pictures.

However, after the photos racked up over 50,000 likes on the popular social network, she had to relent.

What's more, her mom seems to be really enjoying her 15 seconds of fame.

Beware kids: your parents see what you're doing on social media! You never know how they might react!