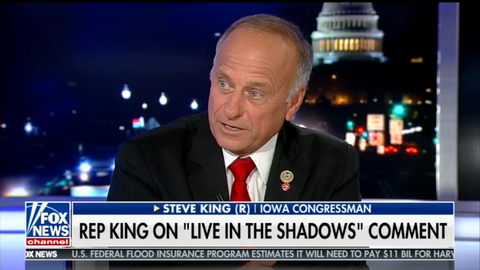 Rep. Steve King: 'Many of Us Have Been Subjected to Threats of Violence'
Craig Millward