Trump Pulled Out Of the Paris Deal, and Tom Steyer May Have a Stroke 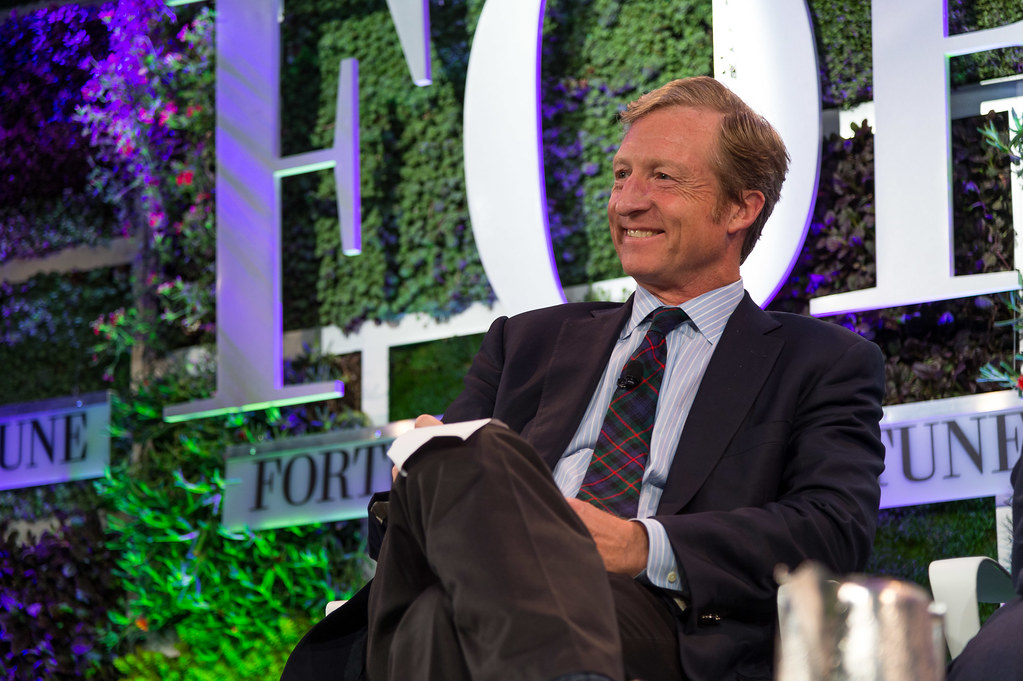 Update: President Donald Trump announced Thursday that the United States will be withdrawing from the Paris Agreement on climate change. It's not yet known whether Tom Steyer had an aneurism upon hearing the news.

Original Story: Tom Steyer, a California billionaire businessman, environmental activist and left-wing megadonor, accused President Donald Trump of “committing a traitorous act of war against the American people” if he withdraws the United States from the Paris climate agreement.

If Trump pulls the US out of the #ParisAgreement he will be committing a traitorous act of war against the American people. My statement: pic.twitter.com/Qjgxm4fELp

But it’s hardly any surprise that someone like Tom Steyer is waxing hyperbolic over any mention of the U.S. pulling out of the devastating climate pact. After all, the billionaire, who actually built his original fortune off coal, now makes his money off the so-called “green” industry (despite collecting cash from his fossil fuel investments until as recently as 2014).

He’s also got a well-documented history of dumping major cash into political campaigns for lawmakers – like failed presidential candidate Hillary Clinton, for instance – who can then scratch his back by benefiting the very companies he helps manage.

So far, the crux of the Paris deal, which was never ratified by the Senate as treaties are supposed to be, is its $100 billion Green Climate Fund, a cash pot for poor countries to deal with the effects of alleged man-made climate change to be raised by 2020. So far, the United States has forked over $3 billion, making us the largest single state donor by far.

Trump is rumored to be pulling out of the deal, which would fulfill a campaign promise he made repeatedly last year heading up to the election. The agreement was a major initiative of the Obama administration and is estimated to cost Americans 400,000 jobs and a GDP loss of more than $2.5 trillion by 2035, according to the Heritage Foundation.

Others have reportedly said Trump may not withdraw from the global agreement after all, adding that his highly influential daughter, Ivanka, is a big fan of the deal.

Far from being “traitorous,” if Trump does end up withdrawing the U.S. from the Paris Agreement, he’ll actually saving Americans – and many future Americans – from losing hundreds of thousands of jobs, along with trillions of dollars.

And the only “war” he’ll be waging is against Steyer’s bank account.