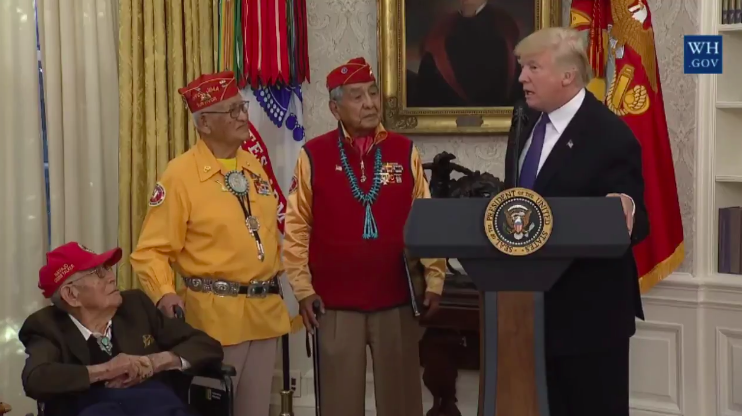 "You were here long before any of us were here,” Trump told the three Navajo "code talkers," who used their native language to help the U.S. Marine Corps develop a secret code to share messages during WWII. “Although we have a representative in Congress who they say was here a long time ago. They call her 'Pocahontas.'”

cspan: President Trump: "We have a representative in Congress who they say was here a long time ago. They call her 'Pocahontas.'" pic.twitter.com/DyxghGvTJG

While he never actually referred to Warren by name, "Pocahontas" is Trump's longstanding nickname for the white Democratic senator, who's been mocked for falsely claiming Native American heritage.

The White House defended President Trump's remarks during a press briefing on Monday:

"I think what most people find offensive is Senator Warren lying about her heritage to advance her career," said White House spokeswoman Sarah Huckabee Sanders.