Tennessee Businesses to Close Shop, Board Windows in Preparation for White Nationalist Rally 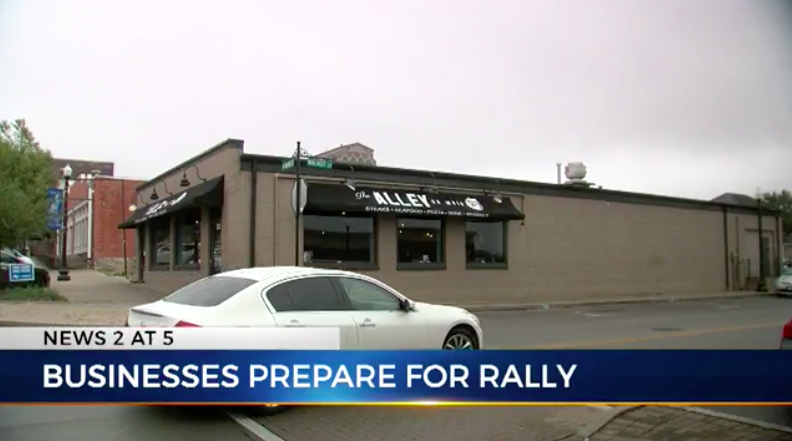 Businesses in Murfreesboro, Tenn., are preparing for the worst, planning to close shop and board up their windows ahead of a white nationalist rally this weekend, reports WKRN Tennesee.

The Nationalist Front, which says it’s committed “to struggle for the White Nationalist vision” on its website, and the League of the South, designated a Neo-Confederate hate group that seeks to “free” the South by seceding from the United States, plan to hold a rally downtown in support of the white nationalist movement in America and the idea of “White Lives Matter.”

After the violence in Charlottesville in August, businesses in the city have taken all of the necessary precautions, having met with city, police and sheriff’s office officials last week to discuss what best action to take.

Business owners, city officials and law enforcement decided that it would be best if businesses closed for the weekend for the safety of owners and customers.

The rally is planned for Saturday afternoon. The groups are also planning to rally in Shelbyville, Tenn., Saturday morning. City officials and law enforcement have been meeting for the last two weeks to prepare for both rallies.

For more, check out the WKRN report below.