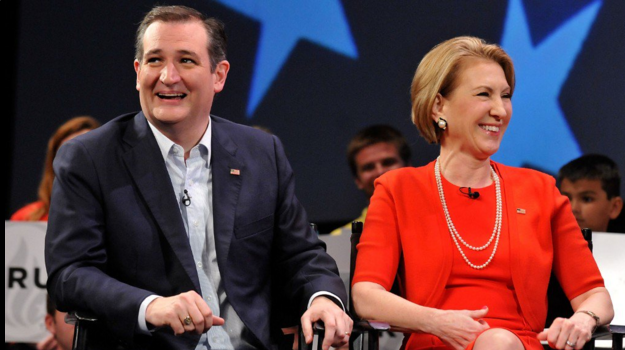 The Texas senator made the announcement at a campaign rally in Indiana ahead of the Hoosier State’s primary contest next week.

“When you’re running for election, the most solemn choice you can make is the choice of a vice presidential candidate,” he said. “This is an individual who I trust. And even more importantly, this is an individual you can trust to lead this country no matter what might happen.”

“After a great deal of consideration, I have come to the conclusion, that if I am nominated to be President of the United States, I will run on the ticket with my vice presidential nominee, Carly Fiorina."

Sen. Cruz said that he made his decision based on the following criteria: knowledge, judgment, and character.

He boasted about Fiorina as the perfect running mate based on her education, business background, and conservative values.

The former Hewlett-Packard CEO endorsed Cruz early March and has been campaigning on his behalf ever since.

Speculation whirled over Fiorina as Cruz’s vice presidential pick after Cruz’s campaign confirmed that they were vetting her as a potential running mate.