Spicer Defends Trump Attacks on Media: It's Incumbent for the Press to 'Try to Get it Right' 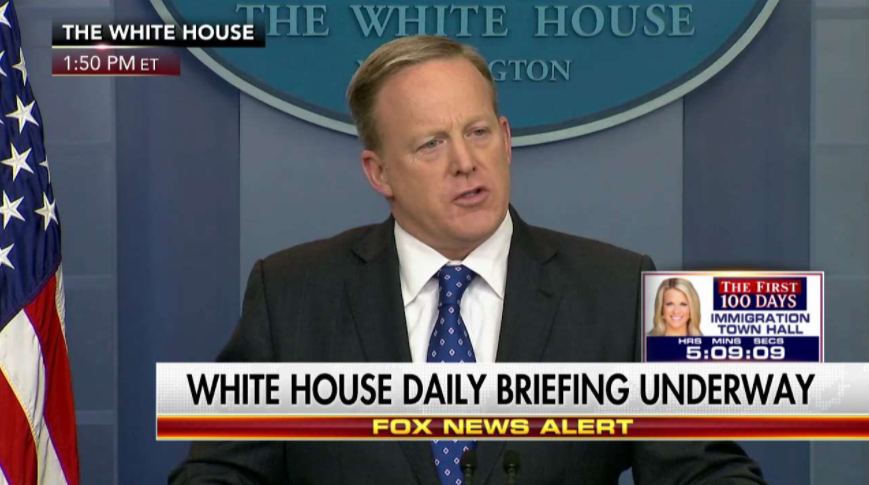 When asked by a reporter whether Trump “regrets his characterization of the media” as “the enemy of the people” among other negative descriptions, Spicer said that the President has been "clear that certain outlets have gone out of their way” to do him harm.

“I think the President’s been very clear that certain outlets have gone out of their way to not represent his record accurately, and it is a concern to him,” said Spicer.

“He has deep respect for the First Amendment, for the role of the press,” the White House press secretary went on. “He has a healthy respect for the press. But I think that there’s a two-way street.”

He argued that, while “we have a free press,” at some point, the media has to ditch its liberal bent and “try to get it right.”

“You know, when you talk about coverage, we have a free press. We have the right for our people to say and do what they believe. But at some point, it is incumbent of people to try to get it right,” said Spicer.

Check out a clip from the press briefing below.

White House: President Trump "has a healthy respect for the press" https://t.co/ekrI99HDhO https://t.co/zfjvO4Lcl2

enemy of the people