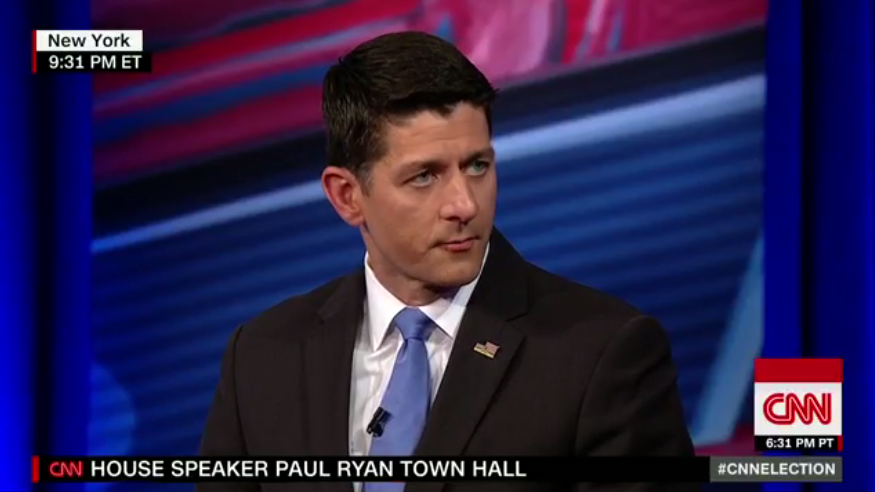 House Speaker Paul Ryan (R-Wisc.) said during a CNN town hall event Tuesday night that he while he agrees with Donald Trump on the need for border security, he does not support a policy of mass deportation as a part of his immigration plan.

.@SpeakerRyan: I don't think rounding up 11 million people is the right thing to do, or would work #RyanTownHall https://t.co/C6n14NHy12

The House Speaker spoke out against Trump’s call for mass deportation before, saying that such a policy is not part of the Republican Party’s agenda.

Despite their policy disagreements, Ryan said Tuesday night that Trump earned the Republican presidential nomination “fair and square,” and that now there lies a binary choice in November between Trump and presumptive Democratic presidential nominee, Hillary Clinton.

Paul Ryan: "It's a binary choice. It's either Donald Trump or Hillary Clinton" #RyanTownHall https://t.co/wG1TabyJw4 https://t.co/NuzvtYumeW