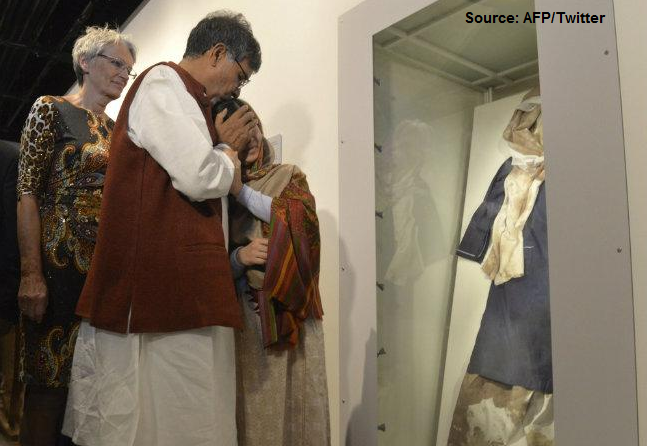 Malala Yousafzai, an education activist who jointly won the Nobel Peace Prize along with Kailash Satyarthi, burst into tears when she saw this part of her past displayed in an exhibition.

The exhibit displays her school uniform, bloodied from the day the Taliban shot her in the head on the way home from school in October, 2012.  She nearly died from her injuries. She was 15 at the time.

Yousafzai recovered from her injuries and went on to become a noted women’s education advocate and the youngest Nobel laureate.

As she walked through the exhibit, she caught sight of the blood-stained scarf, jacket and trousers, and burst into tears.

This is the first time her school uniform is being displayed in public.