Santorum to Media: 'When the Time Comes in Iowa, You'll Cover Me A LOT' 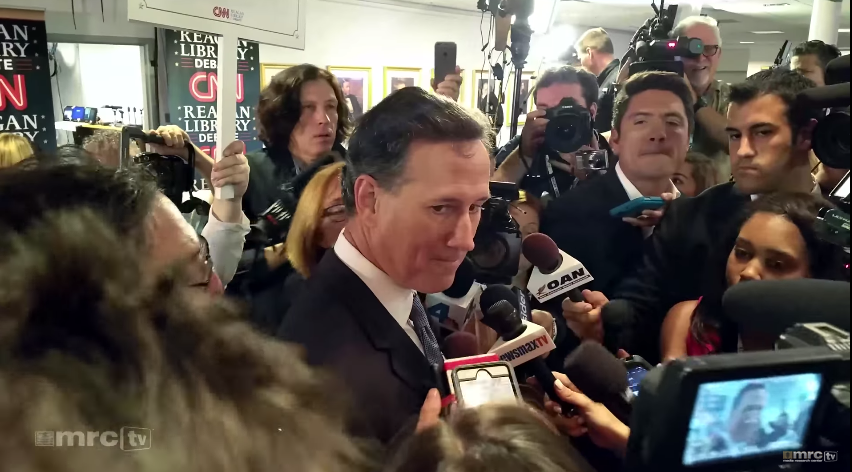 At the CNN GOP presidential primary debate in Simi Valley, Calif. on Wednesday, MRCTV caught up with candidate Rick Santorum to discuss media bias in the broadcast news cycle.

When asked whether he believes he’s received adequate coverage leading up to the second debate, the former Pennsylvania senator refused to criticize the media.

“You know, I’m not here to criticize the press,” said Santorum. “I’m gonna work hard in the places that matter, and when the time comes in Iowa, then you’ll cover me a lot.”

To hear his remarks, watch the MRCTV video below.