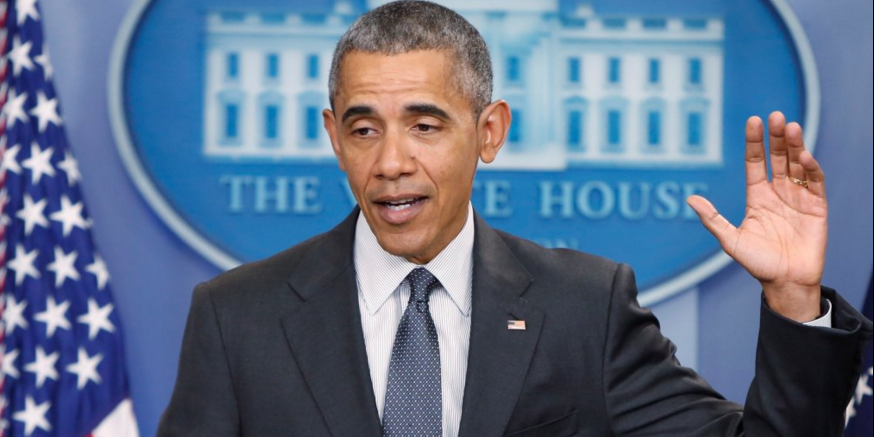 His call to action comes as millions of confidential documents from a law firm in Panama were leaked revealing how some of the world’s most powerful people used offshore bank accounts to conceal their wealth or evade taxes.

“This serves as another reminder in this big dump of data coming out of Panama that tax avoidance is a big, global problem,” said Obama. “It’s not unique to other countries because, frankly, there are folks here in America who are taking advantage of the same stuff.”

“A lot of it’s legal, but that’s exactly the problem,” he continued. “It’s not that they’re breaking the laws. It’s that the laws are so poorly designed that they allow people, if they’ve got enough lawyers and enough accountants, to wiggle out of the responsibilities ordinary citizens are having to abide by.”

He said that tax inversions—or the practice of big corporations in America acquiring smaller companies abroad and changing their legal residencies to avoid paying taxes at home—must be addressed.

“They effectively renounce their citizenship, they declare that they’re based somewhere else, thereby getting all the rewards of being an American company without fulfilling their responsibilities to pay their taxes the way everybody else is supposed to pay them,” said Obama.

“When companies exploit loopholes like this, it makes it harder to invest in the things that are gonna keep America’s economy going strong for future generations, it sticks the rest of us with the tab, and it makes hardworking Americans feel like the deck is stacked against them.”

Republican are upset with the Obama administration’s latest tax reform efforts. They favor a comprehensive tax overhaul involving cooperation with Congress rather than a unilateral measure that aims to address one aspect of a broken tax code.

Watch to a video clip from his remarks below.