An art gallery in Portland, Oregon is coming under fire Tuesday for displaying window "art" depicting President Donald Trump being beheaded with a knife.

A Twitter user first posted a picture of One Grand Gallery’s new display on social media, showing the graphic black-and-white installation of Trump getting his throat slashed with a knife, accompanied by the message, “F*ck Trump.” 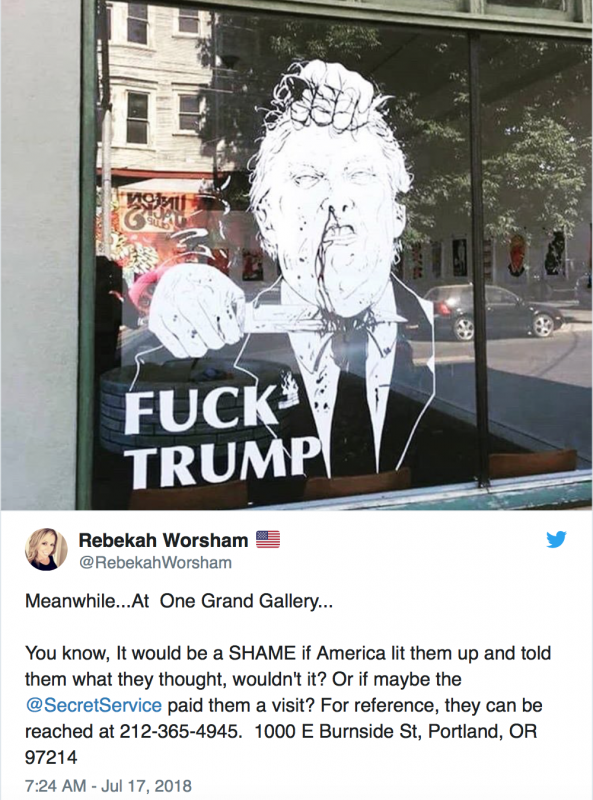 The gallery had just held their opening reception to a new exhibition entitled “F***k You Mr. President” on Friday.

Of course, social media users weren’t happy to learn a gallery had prominently displayed a graphic and profane image of a president being decapitated, particularly facing a public street where it could be seen by children.

“The depiction on the window of our President being beheaded is disgraceful and actually dangerous and a pretty sad example to the young kids walking by your establishment. I hope your business gets shut down immediately,” one user noted.

After taking several hours of online heat, the galley defended their display in a Facebook post by saying their critics were "the same people upholding death threats & violence." 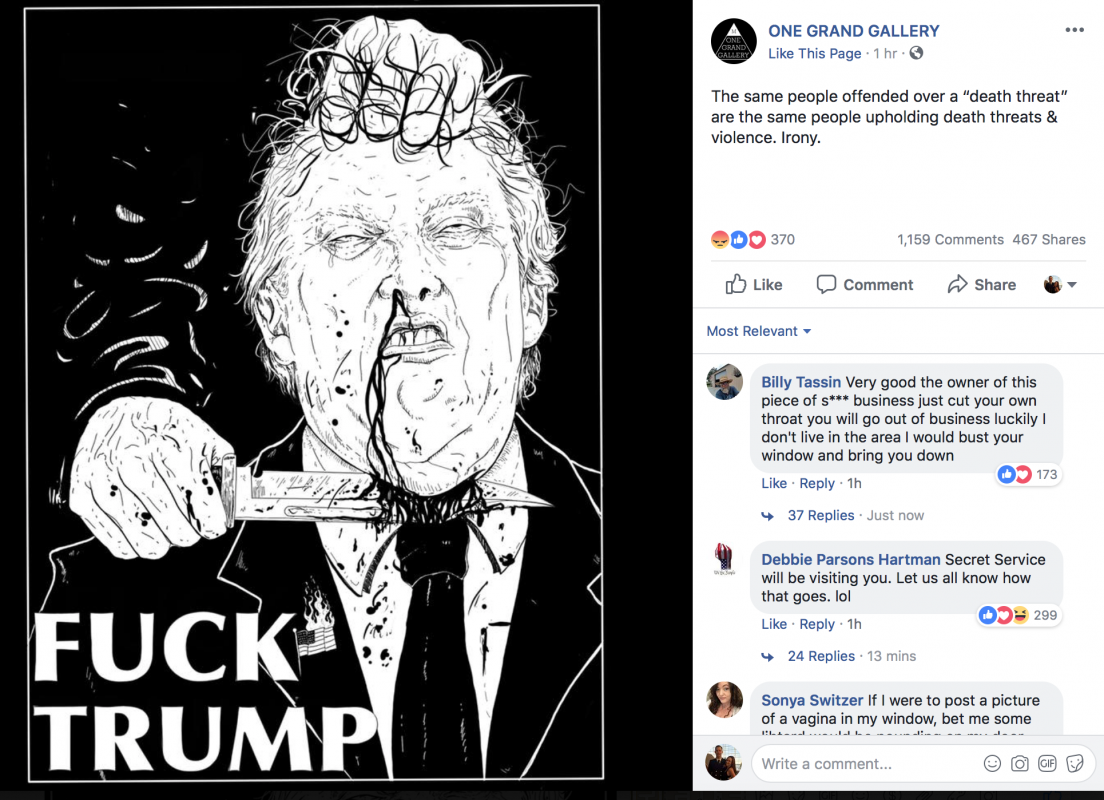 The “art” (to use the word very generously) is reminiscent of disgraced comedienne Kathy Griffin’s photo shoot in which she held up a mock version of Trump’s bloody, severed head, a stunt that got Griffin canned from her New Years Eve gig with CNN and resulted in several of her comedy shows being canceled.

But apparently, that wasn’t enough of a warning sign for One Grand Gallery. As of Tuesday afternoon, the gallery’s Yelp rating had plummeted from four-out-of-five stars to a dismal one star after being flooded with criticism from Trump supporters and those generally disgusted with the gallery’s move.