A recent (Dec. 5th – 11th) CBS/You Gov Poll claims Americans believe gangs and irresponsible gun owners hold the most responsibility for the “level of gun violence in the U.S. today.”

When people were asked, “Which of these, if any, do you think holds some responsibility for the level of gun violence in the U.S. today?” Gangs, irresponsible gun owners, the illegal drug trade and people with a mental illness topped the list, according to the poll. 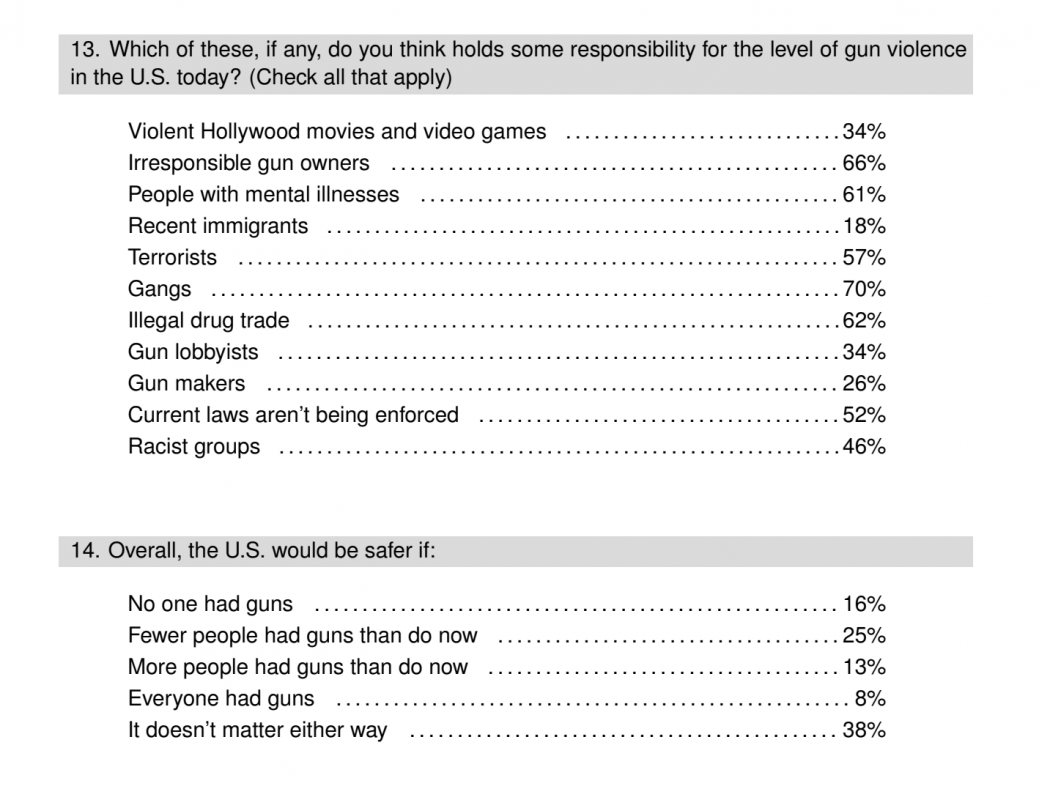 Violent movies and video games, gun lobbyists, gun makers and recent immigrants ranked towards the bottom of the list. You can see the numbers in the image above.

But it's important to note, of the 2073 respondents who took part in the poll, 60 percent claimed that neither they, nor any member of their household, actually owned a gun.