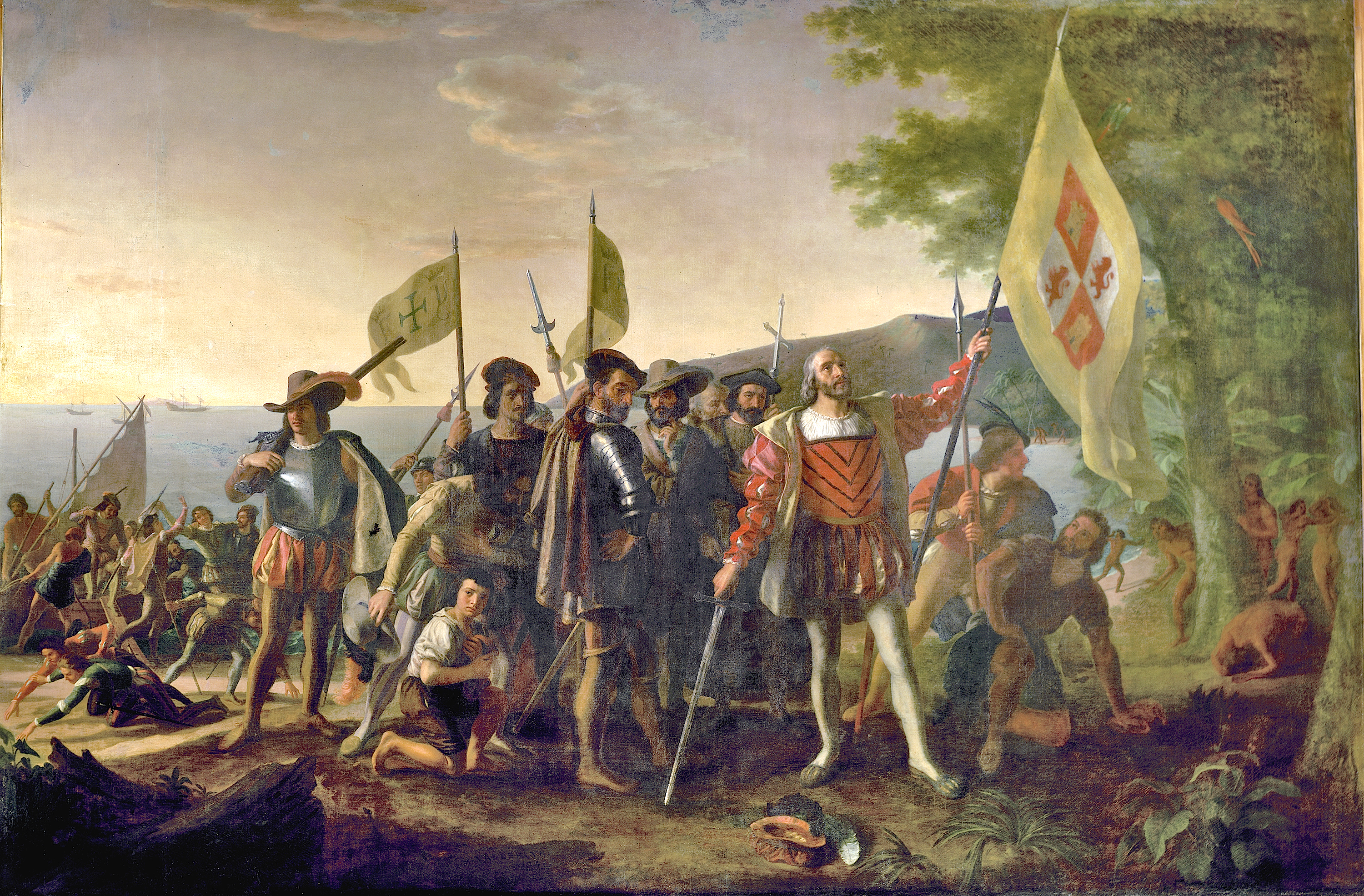 In fourteen hundred ninety-two, Columbus sailed the ocean blue.
But after five hundred twenty-three more, America's Showing Columbus the door
In an obvious Politically Correct slam at Christopher Columbus, localities across America are celebrating “Indigenous Peoples’ Day” on the second Monday of October, the same day as the Columbus Day federal holiday.
The city of Berkeley, California replaced Columbus Day with Indigenous People's Day in 1992,a move that has been followed by several other localities including Santa Cruz, California Dane County, Wisconsin; Minneapolis, Minnesota; and as of 2014 Seattle, Washington. And in 2015 Albuquerque, N.M,; Portland, Oregon; St. Paul, Minnesota; and Olympia, Washington will be added to the “Indigenous Peoples’ Day” roster. And for the past 25 years the State of South Dakota calls it Native American Day.
According to Time Magazine:

The campaigns say the federal holiday honoring Christopher Columbus — and the parades and pageantry accompanying it — overlook a painful history of colonialism, enslavement, discrimination and land grabs that followed the Italian explorer’s 1492 arrival in the Americas. The indigenous holiday takes into account the history and contributions of Native Americans for a more accurate historical record, activists have argued.

(...)“For the Native community here, Indigenous Peoples Day means a lot. We actually have something,” said Nick Estes of Albuquerque, who is coordinating a celebration Monday after the City Council recently issued a proclamation. “We understand it’s just a proclamation, but at the same time, we also understand this is the beginning of something greater.”

Native Americans are the nation’s smallest demographic, making up about 2 percent of the U.S. population. In recent decades, a significant number of tribal members have moved from reservations to urban areas, where a large majority live today. The shift makes the cities’ resolutions and proclamations more meaningful, Estes said.

When the Seattle school board passed a resolution declaring Native American Day (on Columbus Day), the resolution said the board “has a responsibility to oppose the systematic racism towards Indigenous people in the United States, which perpetuates high rates of poverty and income inequality, exacerbating disproportionate health, education and social crises.” It urges district staff to “include the teaching of the history, culture and government of the indigenous peoples of our state.”

Christopher Columbus was long dead before any of that happened.

The real issue is not the celebration of an “Indigenous Peoples’ Day," but the fact that there are 52 different Mondays every year - and only five of them are taken, Martin Luther King, Jr. Day, President's Day, Memorial Day, Labor Day, and Columbus Day, leaving 47 Mondays open. Why did the folks who want an “Indigenous Peoples’ Day" have to step on a day that not only celebrates Christopher Columbus' discover of the new world, but is also a day of pride for Americans of Italian decent where they celebrate their contribution to this country?

Look, everyone knows Columbus didn’t discover America; the Vikings were there five centuries before Columbus (the Norse kind not the Minnesota ones). And yes, the indigenous people were there before both of them, but they immigrated across the bearing straight from what is now Russia. Chas Freeman who was almost Barack Obama's Chairman of the National Intelligence Council believes the Muslims discovered America, and there are even some people who believe the ancient Hebrews came to America before Columbus (I seriously doubt the Hebrew theory because we wouldn’t have come to America before there was Chinese takeout).

None of it means that Columbus and the Italians have no right to celebrate their day.