Besides his claim that President Donald Trump abused his power to push "Russian conspiracy theories," House impeachment manager Rep. Jerry Nadler (D-N.Y.) used a graphic displaying the content of a letter from Alexander Hamilton to the first U.S. president George Washington to prove his argument during the Senate impeachment trial of President Donald Trump on Thursday.

The only problem is that the graphic claimed that Hamilton wrote Washington in - wait for it - 1972! 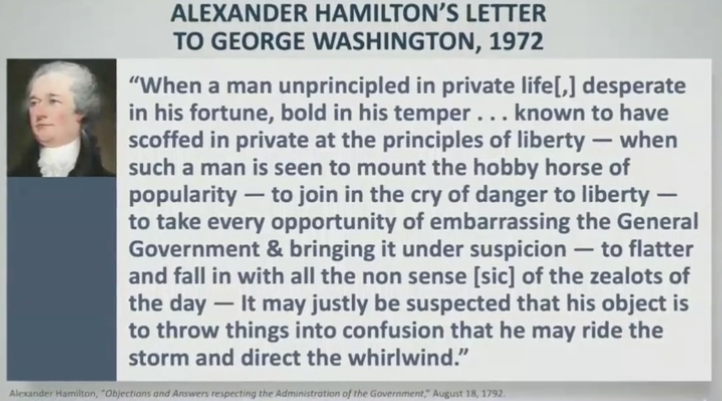 For full context, check out the video below: