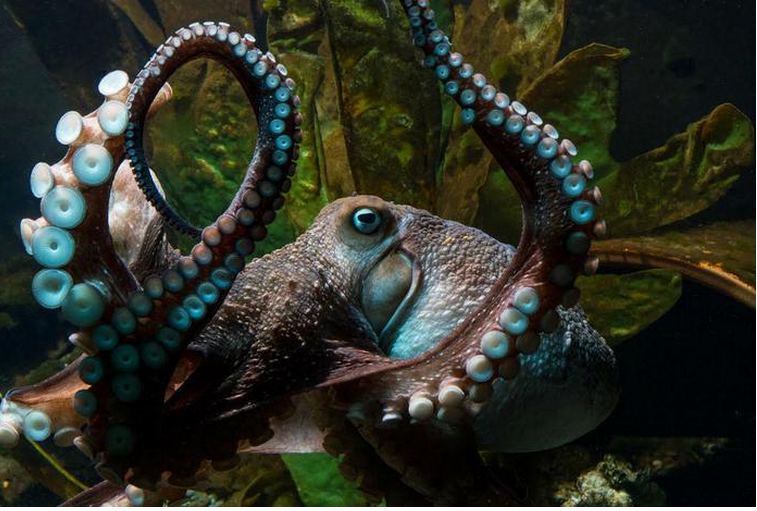 "Inky" the octopus is free.

The male octopus made a daring escape from New Zealand's National Aquarium earlier this week and is now believed to be happily roaming the ocean floor in search of prawns. Somehow, the rugby ball-sized octopus managed to slip out of a gap at the top of his tank, shuffled his way across the wet aquarium floor and escaped via a reticulated drain that circulates seawater from the ocean. The breakout occurred during a routine tank check by aquarium staff.

"Giving him just a little gap was enough for him to get out and we noticed the wet trail across to one of our drains," explained Napier Aquarium Manager Rob Yarrell. "Octopus are really intelligent animals, very inquisitive, and they also tend to explore whenever they get the chance."

It's a good bet that Inky will be doing a lot more exploring in the days and months to come. Hopefully he won't have any problems adapting to his new environment.