A recent YouGov poll lists Donald Trump and Barack Obama as number one and number two respectively at the top of the “worst presidents list.”

Fans of either president shouldn’t get too offended however, as both men made the top 10 lists for “best presidents” as well. Reagan and Obama top the list, while Trump comes in at #8, just ahead of Thomas Jefferson and George W. Bush. 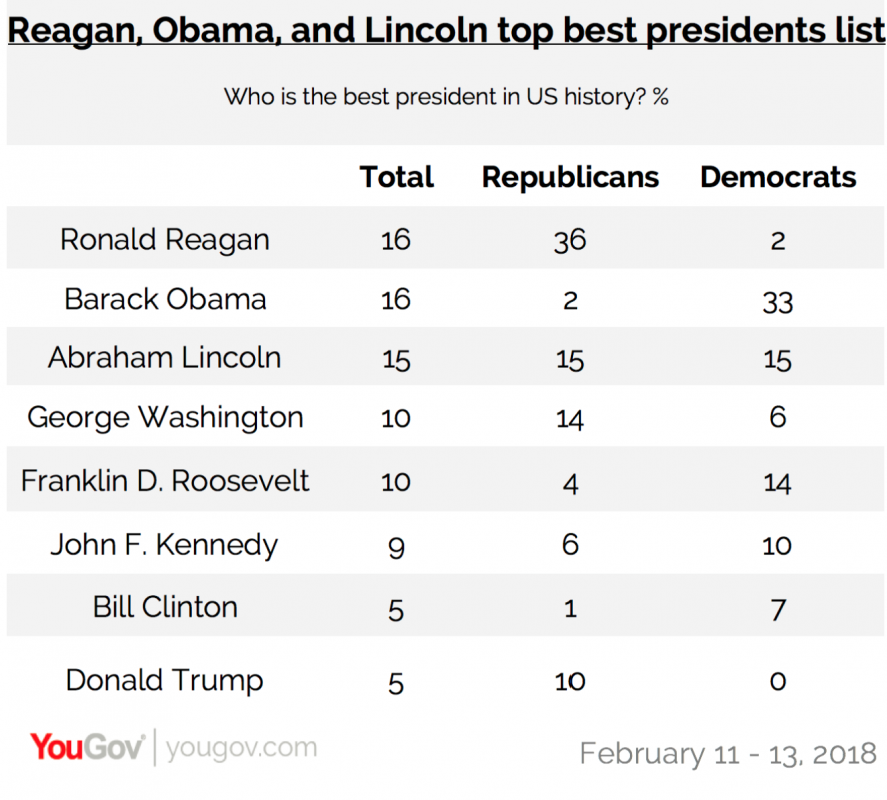 The Feb. 11 – 13th online poll of 1500 people should be taken with a grain of salt, however. In the breakdown of both the “greatest” and “worst” president lists it should be noted that over 60 more people participating claimed they voted for Hillary Clinton in the last election over Donald Trump, hinting that Democrats likely outnumbered Republican responses in the poll questions that created these lists.