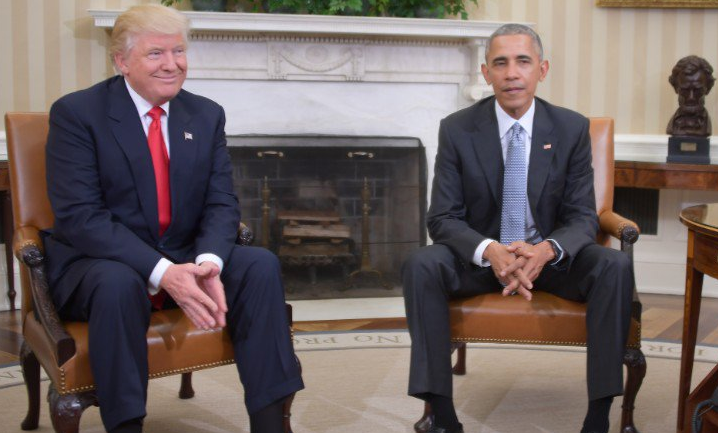 President Obama met with President-elect Donald Trump at the White House on Thursday.

After briefing members of the press about their meeting, Obama said that neither he nor Trump would be taking any questions.

Immediately, White House reporters started yelling in hopes of drawing out a sound bite or two.

The President then leaned over and gave Trump a word of advice:

Don’t answer the media’s questions when they yell at you.

The President called his talk with Trump “an excellent conversation” and “wide ranging.”

He said that his top priority in the next two months is to help Trump transition into the White House.

“My number one priority in the coming two months is try to facilitate a transition that ensures our President-elect is successful,” said Obama.

“I want to emphasize to you as President-elect that we now are gonna want to do everything we can to help you succeed, because if you succeed, the country succeeds,” he said.

Trump chimed in, saying that he looks forward to working with Obama in the future.

“I very much look forward to dealing with the president in the future, including counsel,” he said.