The media are so disingenuous that they will literally change their tune on something in minutes as long as the tune provides a perfect harmony to their narratives. The ongoing pandemic and "peaceful protests" have shown Americans one thing for sure; the media aren't even trying to hide their bias anymore. They have little to no self-awareness, and the following example is provides the evidence of that.

National Public Radio (NPR), who is publicly funded, published two articles on Monday that contradict each other in terms of addressing the seriousness of the COVID-19 pandemic, but feeds their 'orange man bad' narrative. It would be crazy enough to point out that the two articles were published on the same day, but it's even worse than that. The two headlines were published only 14 minutes apart.

Here's a screenshot of the two NPR headlines with the times of publication : 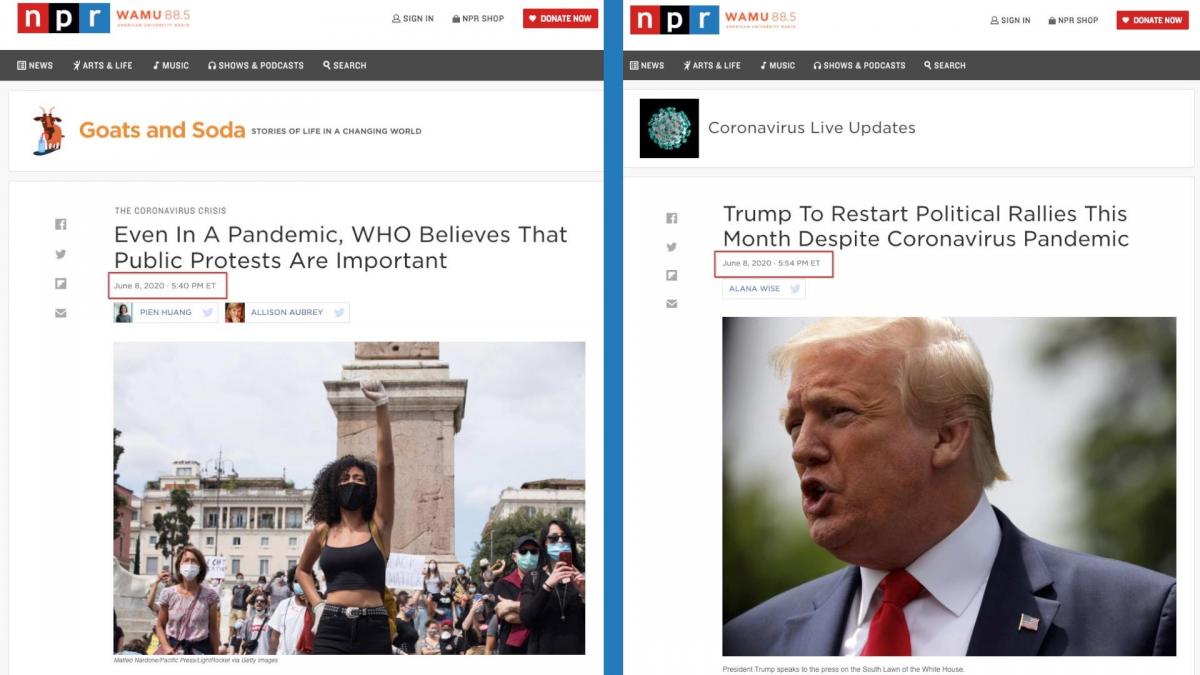 So it's okay for public protests to basically ignore any and all guidelines to prevent the spread of COVID-19, but Trump holding a rally a couple of weeks from now is questionable because it could put people at risk of contracting the virus. In all fairness, it was the World Health Organization (WHO) - with their questionable reputation - that made the claim about the "public protests." But, it was NPR that didn't see the hypocrisy in the two closely published articles.

Protests are fine. They're the right of every American. But attending a political rally is also protected by the Constitution under the First Amendment as well. Both events are people that are trying "peaceably to assemble."

It's not like this is the only instance of a double standard ever recorded in the media. But this is just an example of how the media frame things in order to further their agenda.