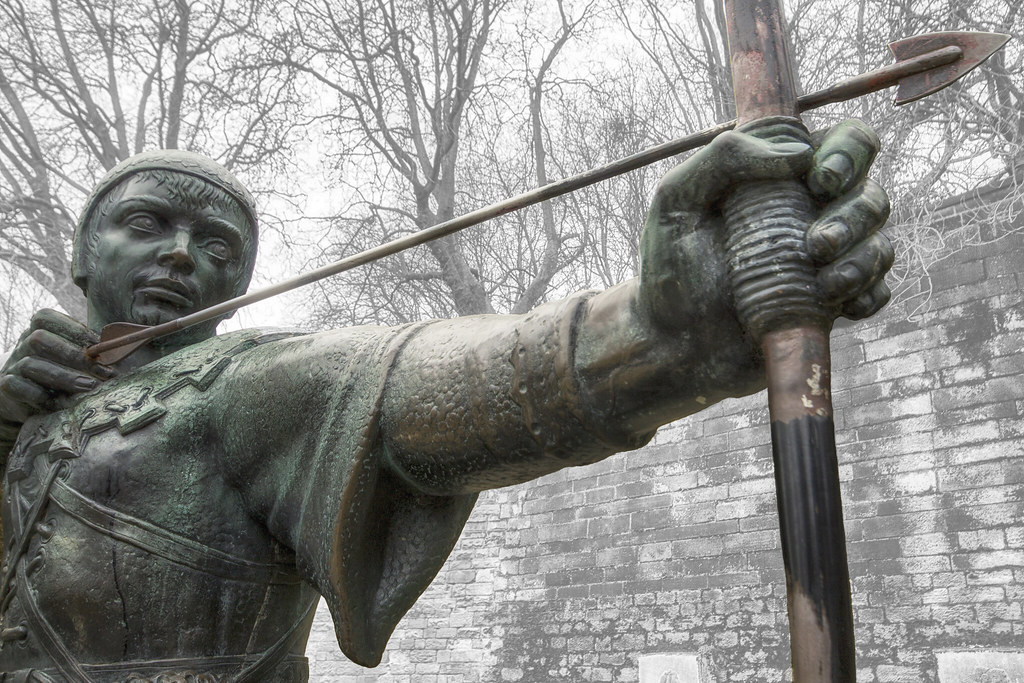 The spirit of Robin Hood is alive and well in the United States, and some US politicians aren’t happy about it.

Invoking the name of the famous fictional (and possibly real) hero of medieval England, these contemporary rebels have, for a decade, set about righting wrongs not with arrows, but with coins.

They are a small group of freedom-lovers in the city of Keene, New Hampshire, who deposit change in parking meters before the “Parking Enforcement Officers” can ticket car owners. They have saved thousands of people heavy fines, and helped keep that money in the private market, where it can be spent on productive items and services. For their efforts, however, the “Robin Hooders” have been hounded by city officials and attorneys, and dragged all the way to the New Hampshire Supreme Court.

Despite repeated wins in the courts, the “Hooders” are, again, being brought to the bench, this time by a final, desperate appeal of the most recent NH Supreme Court finding in favor of the “Hooders” -- an appeal filed by the City of Keene on the last day it could, in December, 2015.

Briefs from both sides have just been filed, and in them the desperation of the city bureaucrats is becoming clear.

The struggle started when a woman named Lauren Canario and some pro-liberty residents of Keene disagreed with the dusty, king-like claim by city officials that the government – not individuals – owned the land in front of local merchants’ shops. Dissatisfied with arbitrary parking decrees, malfunctioning parking meters, and taxpayer-funded “Parking Enforcement Officers,” the Robin Hooders realized they might be able to help local consumers and merchants avoid the taxman’s wrath. By taking some of their extra time and spare change, they have saved people from having to pay the contemporary King’s Ransom -- fines equating to roughly more than $40,000 per year since at least 2013.

Obviously, that medicine hasn’t gone down well for the politicians and bureaucrats.

It took a while for city officials to cotton on to what was happening, but once they did, they went after the Robin Hooders, and tried to stop them. The Hooders responded by bringing video cameras (in the days prior to phone-cameras), and documenting their efforts. Often, they would leave fliers beneath the windshield wipers of the cars, explaining to the owners what they had done, and offering internet links to find out more.

As stress grew between city bureaucrats and the Hooders, the Hooders began to talk on-camera to the “Enforcement Officers,” asking them why they worked on the public dole, and why they thought their jobs were productive. This new kind of approach was depicted as “harassment” by officials and by left-wing NH Democrats who heard word about the insurgent parking ticket sabotage.

In 2013, the City sued individual members of the band of merry men and women, hiring an expensive private law firm called Galligher, Callihan and Gartrell. The Hooders, meanwhile, went pro bono, with Jon Meyer of the NH Civil Liberties Union. In a case that begin on the lower level and eventually went to the NH Supreme Court, the city argued that the Hooders were preventing officers from doing their jobs, and were harassing the officers. In addition to asking for the Hooders to cease and desist, they wanted the court to mandate “damage” payments to city officials.

Not only was the case found in favor of the Hooders, the court could find no evidence of harassment and, in fact, the job description for the “Traffic Enforcement Officers” includes a notification that the officers should expect verbal comments from citizens. The Hooders’ comments were mild compared to what could have been said.

But that has not dissuaded Kendall Lane, the Mayor of Keene, from trying to spend more to crush the Hooders. Focusing on one aspect of the case – a request for a fifty-foot buffer zone that a lower court denied – the Mayor and his team now are pushing for something less, a ten-foot zone around officers issuing tickets. The Robin Hooders are now forced to take more time to go back to court in order to defend their rights to free speech and their freedom to protest. The answer might come from the NH Supreme Court by December.

But the tedious and persistent activity of the city in trying to maintain its monopoly over parking downtown has spawned at least two good developments.

First, when the Hooders revealed that the city had wasted $78,000 on an expensive law firm as of the beginning of 2016, the embarrassed Mayor dropped the firm and followed the Hooders’ example, going pro bono.

Second, the Hooders are bringing attention to not just the highway robbery conducted by cities everywhere, but to the truth about Robin Hood.

As anyone who has read Howard Pyle’s glorious novel, “The Merry Adventures of Robin Hood,” or anyone who has looked into the legend of Nottingham and Sheffield’s most famous hero can attest, Robin Hood was not, as contemporary collectivists often claim, a man who “stole from the rich and gave to the poor.”

Far from a proto-Marxist, Robin Hood was a man who fought for honest private property holders against the “enclosure” of that property by invading, self-proclaimed “royals.”

According to historical accounts, he was a 13th Century tax protester, likely named Robert Hode (Robyn Hude). He was a radical, defensively violent tax protester who, together with a band of men who were also deemed threats to the state, stole back tax money from the government that Richard the First’s local Sheriffs (Nottingham Sheriff Philip Marc, and the “Forester,” Ralph Fitzstephen, of Sherwood, in particular) had taken from the productive people.

The rise of contemporary Robin Hooders is the closest thing to the original Robin to have appeared since the American Revolution, when the Sons of Liberty protested the Stamp Act and Intolerable Acts. Far from nuisances, they are doing heroic work, taking on government bureaucrats who claim land that is not theirs, and who claim damage in tort cases where, by definition, the government is not really a person and is not supposed to be able to make tortious claims.

The Robin Hooders are getting a great deal of international attention and a great deal of support from average people. Just like the original Robin, it seems the serfs recognize who is on their side.