The Name Is Bond -- Jane Bond 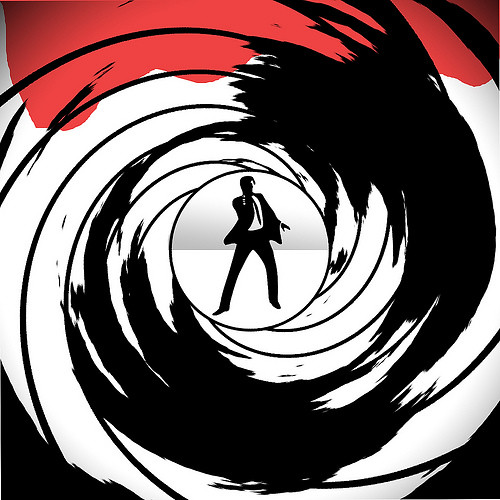 Daniel Craig is most likely done with making James Bond Movies, claiming last week that he would rather “slash [his] wrists” than act in another Bond movie, rumors have been flying and actors vying for the role in the next movie in the series.

But that Bond may not be a "James."

Although there has been no statement about possible replacements for the vacated role, Gillian Anderson, star of TV shows such as BBC2’s The Fall and The X-Files, seems to be interested in the role. On Monday, she retweeted a mock 007 movie poster on whih someone had photoshopped her standing in the center of a rifled gun barrel, a classic James Bond image. Anderson included a caption thanking all of her fans for voting for her.

Needless to say, Twitter has exploded with support for her.

Giving females a role in movies which are usually reserved for men is nothing new in today’s world of blockbuster Hollywood hits. Think back to the controversy that popped up when the lead for the eighth Star Wars’ movie was revealed to be a woman who would co-star with male lead. That movie went on to be the fastest movie to ever reach $1 billion at the box office.

Similarly, another woman is slotted to be the lead in the next Star Wars spinoff movie, "Rogue One."

The young adult movie series "The Hunger Games" which also boasts a heroine, also became one of the the largest grossing film series of all time.

While some argued that Hollywood was pushing a feminist agenda by featuring more strong female leads in high-profile movies, most said the moves were merely an artistic choice to make the film more relatable to the target audience.

But it seems clear that Hollywood is driving the feminist agenda when it needlessly replaces the historically male lead actor of a well-known series with an actress, just for the sake of being progressive. For example, the remake of "Ghostbusters," scheduled for release in 2016, features only female leads that will replace an original all-male cast. This movie arguably does not do this for the sake of gender diversity (if so, there would be at least a token male actor on the team), but to push the idea that women are just as capable as a man when it comes to every job -- even fighting ghosts.

But this message is not a message of equality. If it were, there would be a man working side-by-side with the women. Instead, it pushes the idea that women are better than men -- not just personality wise, but in all areas of work, fictional or not.

If Gillian Anderson gets is chosen to be the next Bond, it will not be for the equal rights of women to have powerful roles in movies. It will be an attempt to force the idea that women are better than men, even at being manly. It will be saying that a man can no longer do a job that a man has been doing for decades and that a woman has to replace him, further contributing to the already-happening public degridation of men.